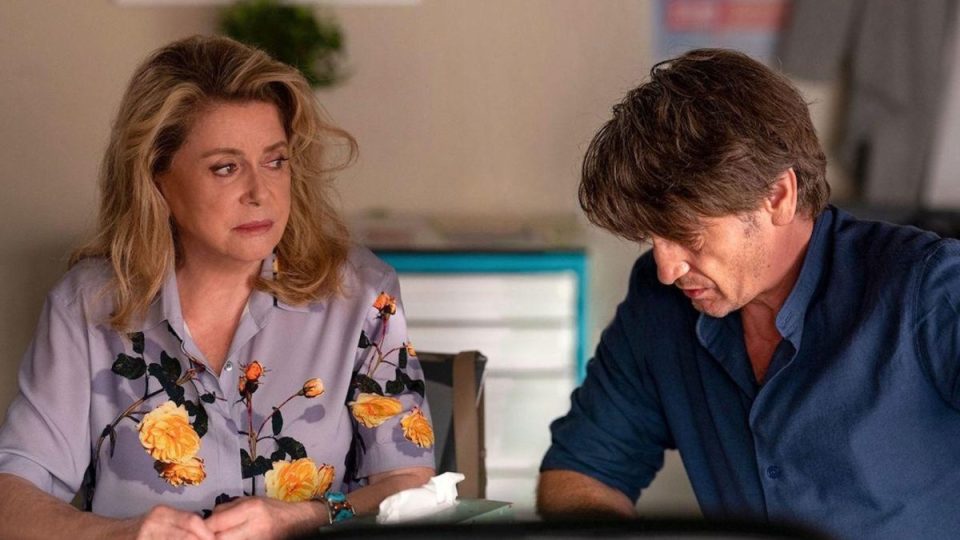 The French title, De Son Vivant, became Peaceful for English audiences but the closer translation, In His Lifetime, is more reflective of what this gentle movie is about.

It opens with a youngish theatre director, Benjamin, sitting down with a new doctor to talk about his diagnosis. He is optimistic, ready to fight, and wants to know how his cancer can be beaten into submission, if not cured.

Well, he has come to the wrong doctor.

Director Emmanuelle Bercot began making a film about the unbreakable bonds between a mother and child but changed course slightly after a chance encounter with oncology specialist Dr Gabriel Sara, who ended up in the film playing Dr Eddé, a version of himself.

Sara, on and off screen, is the sort of avuncular chap you would like on the other side of the desk during a bad diagnosis. He has an enlightened practice of treatment and care for the dying that recognises the ripple effects radiating out from the patient to their family, friends, workmates and the staff who care for them.

So when Benjamin, in an engaging performance by Benoît Magimel that won him a César for best actor, looks to Dr Eddé expecting positivity and platitudes, he gets honesty instead. That’s step one. I won’t lie to you, the doctor says.

Benjamin is a charismatic drama teacher with a class of adoring students who he coaches to bring honesty and truth to their performances but he has a lot to learn about himself. With his mother, Crystal (Catherine Deneuve), at his side – her attachment to Benjamin is incredibly suffocating – he must confront an unfinished life and make peace with death.

Eddé (Sara) is the anchor to the story and we see him incorporate music into unexpected scenes, including therapy sessions with his end-of-life clinicians and carers, who get together to talk about their feelings. It could have been mawkish (the guitar!) but the reassuring presence of the real Sara, a Lebanese oncologist based at Mount Sinai in New York, gives it a sweet authority instead.

Benjamin is encouraged by Eddé to make peace with his past but he resists, particularly over a son he never knew from a relationship two decades earlier with the boy’s mother Anna (Australian actor Melissa George). There is only so much pushing outsiders can do.

It is a sad film but not a sentimental one, and there are touching moments, including Benjamin’s flirtation with a nurse, and a scene where he lies in an armchair during chemotherapy while two ballroom dancers, dressed to the nines, dance around the ward. It may be minor in terms of plot, but the performance of Magimel, and the inclusion of the quietly heroic Dr Sara, give it resonance and depth.

Peaceful is screening as part of the Alliance Française French Film Festival.

Peaceful, sad yet unsentimental, is a highlight of the 2022 French Film Festival