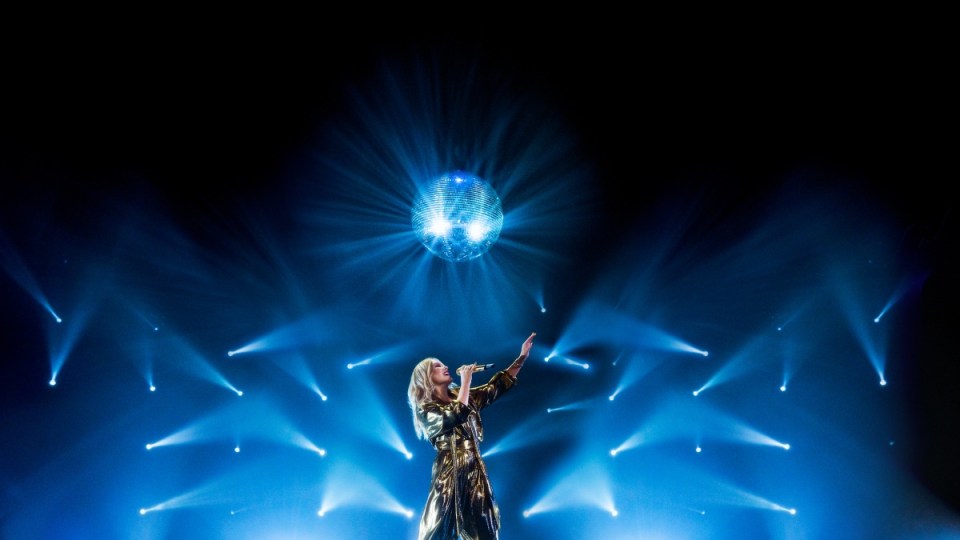 In a sign streaming services have taken over the entertainment industry, leaving the traditional movie houses pondering their future, there’s literally dozens of options on the table for April.

As Bloomberg noted at the Oscars, where Apple TV+’s CODA won the most prestigious award of the night, “there’s no going back”.

“The ground is moving underneath us.

“Movie theatres are closing, and entire genres of film have been deemed ineligible for a theatrical release. Many of the best directors on earth — some of whom are fierce protectors of cinema as an art form – are making projects for streaming services,” observed Bloomberg’s Lucas Shaw.

Whether it’s a documentary, TV drama, an original film or series, or a remake of a 1970s classic, streaming services including Stan, Paramount, Binge, AppleTV+, Foxtel, Disney+ and Prime Video have a smorgasbord on offer.

Fans can expect Minogue to dance and sing her way through her Disco album hits to a bunch of classics we fell in love with five decades ago.

It’s feel-good television (choreographed by The Greatest Showman’s Ashley Wallen), where you can put the surround sound on while you’ve got friends over, and as the release puts it: “[It’s] the ultimate rescue remedy … an irresistible tonic to real life”.

KYLIE: INFINITE DISCO premieres Saturday, April 16 at 8.30pm on FOX DOCOS or On Demand on FOXTEL

The Girl from Plainville: Stan, March 30

Inspired by the true story of Michelle Carter, this series is about a 17-year-old American teenager who was convicted of involuntary manslaughter in a famous court case widely dubbed the “texting suicide case”.

Starring Elle Fanning (The Great), the series, based on an Esquire article of the same name, follows Carter sending hundreds of text messages, emails and phone calls to her then-boyfriend, 18-year-old Conrad Henry Roy III (played by Colton Ryan) in the lead-up to his death after Carter repeatedly pressured Roy to kill himself.

The series examines the effect that technology, social media and pop culture have on young people’s mental health and how damaging they can be.

This is perfect for school holiday viewing, a sci-fi flick the entire family can enjoy. It’s a romantic comedy where a young and brilliant college student flies to Mars – yes, the planet Mars – to be reunited with her boyfriend.

Early reviews say it’s a “must watch”: “This movie isn’t just a charming fairytale. Moonshot also explores the concept of the American Dream and boldly tackles immigration – but it does so under the guise of a love story that’s set in space”.

Not to be confused with the 1997 horror flick starring Al Pacino and Keanu Reaves, this docuseries tells the extraordinary “mostly true” story of Italian lawyer Giovanni Di Stefano, who represented some of the most notorious criminals of the last 40 years.

A New York Times documentary (their most recent work was the Emmy-nominated Framing Britney Spears) that traces the e-cigarette maker on its path from start-up to Silicon Valley juggernaut and, eventually, public health villain.

“Told by Juul founders Adam Bowen and James Monsees, the documentary explores how instead of upending Big Tobacco and hastening the end of smoking, Juul became a popular on-ramp for a new generation of nicotine addicts,” says the official synopsis.

“Expect a long, illuminating breakdown of how this modern addiction crisis began in the first place,” says a Collider review.

Good tech-savvy advice from the Twitter-sphere – make sure you have a television “dedicated 100 per cent to streaming content that supports everything … You’ll have a much better experience all around”.

If you need a heartwarming comedy-drama, look no further than this eight-episode series Cecilia. A woman, played by Narcos: Mexico actress Mariana Treviño, runs her parents’ bakery and turns it into a thriving business, creating a family dependency on her.

It all falls apart when she has a stroke, and suddenly the family has to step up and take over, reuniting them.

Anatomy of a Scandal: Netflix, April 15

According to Marie Claire magazine, Sienna Miller’s new series is “filled with bombshells”.

Based on the best-selling book of the same name by Sarah Vaughan, the six-part psychological thriller “delves into the story of a woman whose high profile husband is caught in the middle of a scandalous secret which could threaten the integrity of the Westminster Government and tear a family apart”.

Executive produced by Nicole Kidman and Bruna Papandrea (Nine Perfect Strangers), the Apple original Roar features eight darkly comedic and insightful stories of what it means to be a woman.

Based on the anthology of short stories by Irish novelist Cecelia Ahern (P.S. I Love You), Roar covers genres from magical realism to psychological horror, featuring ordinary women in some pretty extraordinary circumstances.

In Roar, women eat photographs (Nicole Kidman), date ducks and live on shelves like trophies. And yet, their struggles are universal.

Forget Survivor, or SAS Australia. Alone is the survival show du jour and has become the most successful factual franchise in the history of SBS on Demand (31 million chapter views to date, second only to The Handmaid’s Tale since its launch).

While waiting on who the 10 survivalists are for the Australian version (casting has closed, show out 2023), The Beast is a spin-off from the original format. It drops just three strangers into the Arctic with no tools, just the clothes on their backs and one dead musk ox.

Death on the Beach: Stan, April 21

A true crime series that follows the story of British backpacker Chrissie Annesley, who travelled to the so-called ‘death island’ of Koh Tao in Thailand for the trip of a lifetime. Two weeks later she was found dead in her beach hut, the latest in a tragic series of young travellers to have died under mysterious circumstances.

But when an overseas assignment leads her to witness a murder, she becomes entangled in another international intrigue. And this time we have the pleasure of seeing award-winning actress Sharon Stone back on our television screens.

Set in post-war Britain, this historical drama focuses on the divorce of the Duke and Duchess of Argyll (Paul Bettany and Claire Foy). It was labelled one of the most notorious, extraordinary and brutal legal cases of the 20th century.

“Famed for her charisma, beauty, and style, Margaret, Duchess of Argyll, dominated the front pages as a divorce featuring accusations of forgery, theft, violence, drug-taking, secret recording, bribery, and an explicit Polaroid picture all played out in the white-hot glare of the 1960s media,” reads the official synopsis.

We’ve all been waiting for this brand new series starring Academy Award winners Julia Roberts and Sean Penn, to be released.

A quick turnaround from production, Gaslit offers a new take on the Watergate Scandal that focuses on the untold stories and its forgotten characters, including Martha Mitchell (Julia Roberts), the wife of John N. Mitchell, US Attorney General under President Richard Nixon.

The Man Who Fell To Earth: Paramount+, April 25

This series follows a new alien character who arrives on Earth (Ejiofor) at a turning point in human evolution “and must confront his own past to determine our future … Harris plays Justin Falls, a brilliant scientist and engineer who must conquer her own demons in the race to save two worlds,” says Paramount.

Premiere of the rise and fall of the Baltimore Police Department’s Gun Trace Task Force.

A dramatisation of the making of The Godfather.