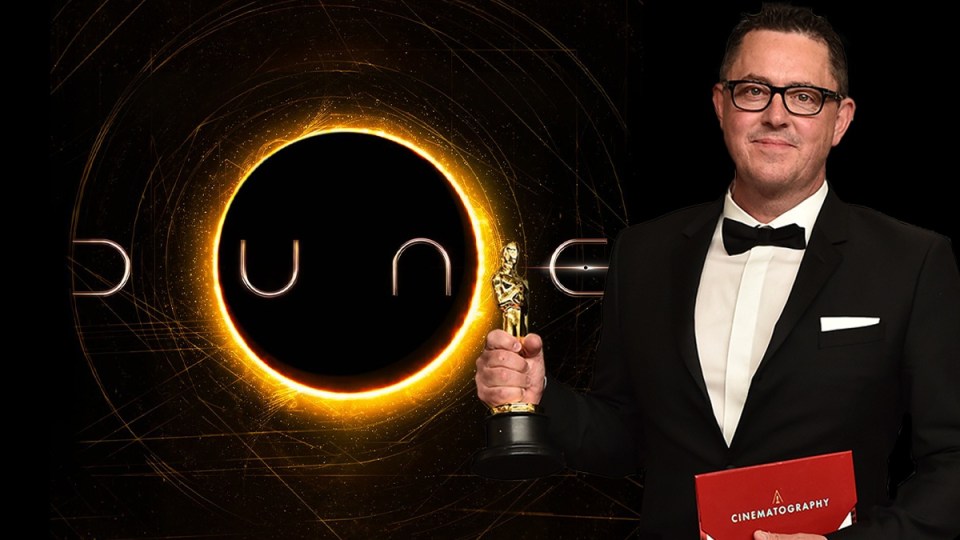 Fans of Greig Fraser say he's one of ‘our greatest living cinematographers’.

Deaf actor Troy Kotsur has made history, becoming the first deaf actor to win an Oscar for his role in coming-of-age film CODA, beating Australian-born Kodi Smit-McPhee from The Power of the Dog.

In his acceptance speech, he signed: “This is dedicated to the deaf community, the CODA community [acronym for child of deaf parents] and the disabled community”.

“This is our moment,” Kotsur said, becoming the second deaf actor to win an Oscar.

His CODA co-star Marlee Matlin was the first when she won best actress in 1987 for her lead role in Children of a Lesser God opposite the late William Hurt.

In his acceptance speech, Fraser thanked director Denis Villeneuve for “bringing unknown actors together to make an amazing movie”.

When thanking his family, he made special mention of his wife and children in Melbourne “in allowing a middle-aged man to go and play with his friends in the sand dunes for six months”.

A graduate of RMIT University in Melbourne, Fraser has also worked on the films Zero Dark Thirty, Lion, Rogue One, Vice and The Batman.

He is the seventh Australian to win an Oscar for best cinematography.

Dune was up against another Australian cinematographer Ari Wegner for The Power of the Dog, Dan Laustsen for Nightmare Alley, Bruno Delbonnel for The Tragedy of Macbeth and Janusz Kaminski for West Side Story.

Eight Oscars were presented in a pre-recorded segment of the show.

Dune has collected four gongs  – for sound, editing, production design and score for composer Hans Zimmer – with Melbourne-born Fraser taking that tally to five by picking up the best cinematography award.

“You see a queer, openly queer Latina, who found her strength in life through art. And that’s what we’re here to celebrate,” she in her acceptance speech.

“Anybody who’s ever questioned your identity. Or find yourself living in the grey spaces, I promise you this: There is indeed a place for us,” she said, referencing the moving song from West Side Story.

DeBose also thanked “divine inspiration” Rita Moreno, who earned the best supporting actress award in 1962 for playing Anita in the original movie version of the musical.

Will Smith is tipped to earn his first Oscar for King Richard.

In a bid to draw more viewers, especially younger ones, after years of declining ratings, the three-hour show, which started at 11am AEDT will add two awards, the results of fan votes for favourite film and scene.

King Richard star Smith is the best-actor favourite for his role as the determined father of tennis legends Venus and Serena Williams. Competitors include Benedict Cumberbatch (The Power of the Dog) and Andrew Garfield for musical Tick, Tick … Boom!.

Best actress is the most unpredictable.

Many experts say Jessica Chastain’s portrayal of TV evangelist Tammy Faye Bakker will triumph for The Eyes of Tammy Faye, though some give the edge to former Twilight vampire Kristen Stewart, who played Princess Diana in Spencer.

Nicole Kidman is also in the running, for her portrayal of US comedy legend Lucille Ball in Being the Ricardos.

Ten contenders are up for best picture, the last award of the ceremony.

They are Belfast, CODA, Don’t Look Up, Drive My Car, Dune, King Richard, Licorice Pizza, Nightmare Alley, The Power of the Dog and West Side Story.

Lost at sea? Here’s a desalination unit that fits in a suitcase
Oscars 2022: Hollywood’s night of nights gets underway on the red carpet
Today's Stories