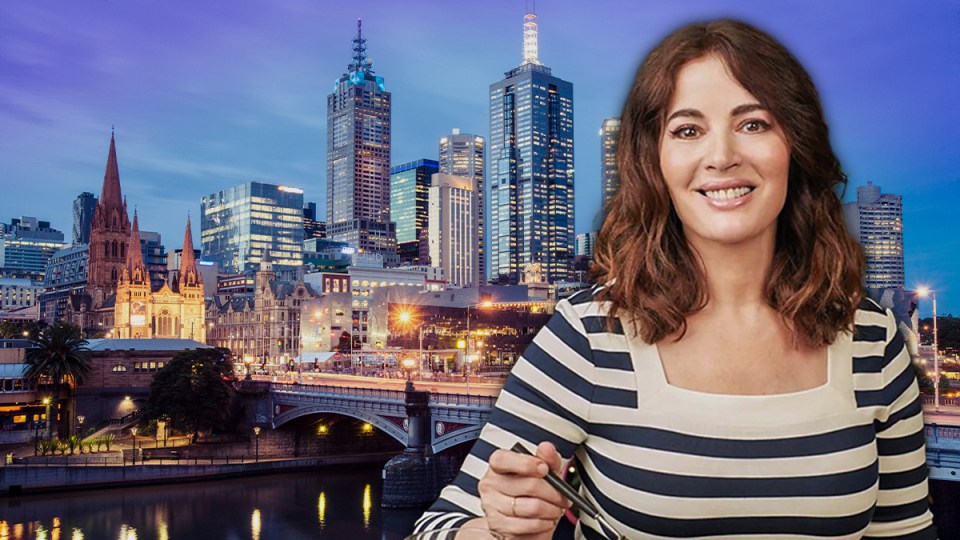 Nigella Lawson fits right into the cultural landscape that is the Melbourne Food and Wine Festival. Photo: TND/Getty

The last time celebrity television cook Nigella Lawson was in Australia, it was before the global pandemic. She’s been dreaming about coming back ever since.

Now that dream has turned into reality. The British domestic goddess and best-selling author about all things food touched down on Tuesday as the headline act for the 30th Melbourne Food and Wine Festival, which kicked off on Friday.

Taking to Twitter back on February 16, she wrote: “I’ve been dreaming about being back in Australia for the last two years and that dream is soon to be a reality.

“In March, I’ll be in one of my fave food cities … and I couldn’t be happier about it! See you there!”

Speaking on Ten’s The Project on Tuesday night from the network’s Melbourne studio, it sounded like she’ll be heading out to several restaurants, as well as hosting her marquee event where she’s designed a menu for 500 guests on Sunday.

“When it looked like we’d never leave our houses again, and never move anywhere, I kept keeping in my mind and in my heart, the big Australian skies.

“We’ve missed that feeling of breaking bread with people … and although I am not a chef or a restaurateur … the hospitality business has really taken a battering, so it’s good to celebrate that.

“Everyone’s a bit bruised and having a difficult time, so it’s so good to celebrate these areas of expertise and inspiration.

“And here I am. I feel I have to pinch myself.”

So where can you spot Nigella?

“It’s hard to know where to begin with restaurants in Melbourne: the choice is quite dizzying! I can’t wait to go to Anchovy and I’m very excited about Gimlet as well.

“And of course, an ice cream at Pidapipo Gelateria! I’ve also heard such great things about the pork-belly banh mi at Ca Com and am desperate to try it,” she told told broadsheet.com.au on Wednesday.

Her arrival comes as the Seven Network has yet to announce who’s going to sit beside chef Manu Fieldel to help co-host the reinvented 2022 season of My Kitchen Rules.

With disgraced former co-judge Pete Evans falling into obscurity after spruiking anti-vax messages and machines (for which he copped hefty fines), Seven said on December 8 that Manu will be “joined at the head of the table by one of the world’s biggest food stars”.

One industry insider told The New Daily at the time: “Nigella is a front runner – outdated, but her retro obviousness will appeal to a mass market”.

Will she factor in a gig on MKR while she’s in Australia, travelling state-to-state to judge home cooks? Does she have the time?

Could she briefly swap allegiance with Ten’s MasterChef?

“We’ve made no further announcements about MKR”.

Food … is a ‘constant pleasure’

Nigella has travelled the globe for years promoting her extensive portfolio of recipe books (12) and, in equal amounts, her passion for food.

In a 2021 interview with People magazine, she revealed she’s grown to love solitude, eating chocolate in bed and wearing comfy clothes.

“I feel that you get to a certain age, and your desire for comfort is so much greater than your vanity,” said the woman often credited with making the most basic of dishes look sexy.

A former Sunday Times editor, the Oxford-educated Nigella said: “I’ve grown to love solitude, which was just as well since I’ve been plunged into it.

“I’m not a huge drinker, but I did take up drinking more during lockdown: Campari sodas. I don’t have one every day anymore, but I did for a couple of months.

“I’d think, ‘What potato chips am I going to have with my Campari soda?’ I put them in a bowl, like my grandmother did, and I rather like that ceremony.”

Referencing her 12th cookbook, Cook, Eat, Repeat, she said it isn’t just a mantra, “it’s the story of my life”.

“A lot of people in my family have died of cancer [her mother at 48, her sister at 32 and her first husband, John Diamond, at 47] and I don’t think you can witness that and equate thinness with health,” she told People.

“I don’t focus on what people say about me, even when I’m filming.

“I occasionally think, ‘Oh, why didn’t I hold my tummy in?’ but it doesn’t last because I was trying to be something other than I am, which would make me feel even more uncomfortable.

“The shape of your body, that’s where the flesh settles, isn’t it? You can’t do an awful lot about that.”

Meanwhile, on the Melbourne Food and Wine Festival website, Nigella, 62, said food, for her, “is a constant pleasure”.

“I like to think greedily about it, reflect deeply on it, learn from it. It provides comfort, inspiration, meaning and beauty as well as sustenance and structure,” she said.

In a statement back on December 8, Seven’s director of network programming, Angus Ross, said: “Whichever way you dice it, My Kitchen Rules is Australia’s favourite cooking show, adored by millions.

“We can’t wait to serve the nation more of what they love: Real food, real people, cooking from the heart and of course, more Manu!”

And could that be more Nigella, too?

She’s the perfect choice. As she says, “cook, eat, repeat” isn’t just a mantra, “it’s the story of my life”.

Nigella Lawson’s back to live her ‘Australian dream’