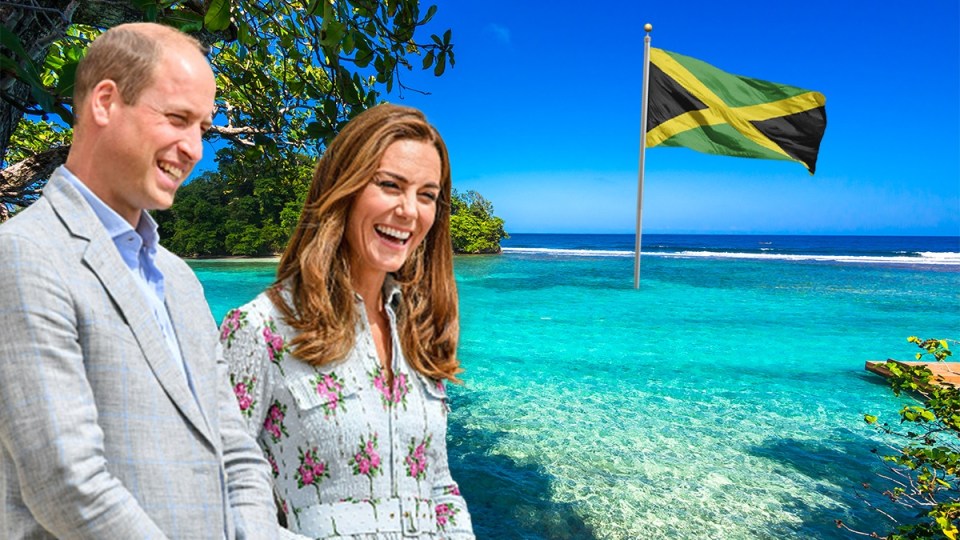 The Duke and Duchess of Cambridge will visit Commonwealth countries during the Queen's Platinum Jubilee year. Photo: TND

On a hot, steamy night in Barbados last year, sitting between cricket legend Sir Garfield Sobers and pop singer Rihanna, the Prince of Wales witnessed the official removal of his mother the Queen as head of state.

It was a midnight ceremony on November 30, and after 55 years of independence, Barbados ditched the British monarch and became a republic.

A sombre guest of honour, Prince Charles acknowledged the “appalling atrocity of slavery” the Caribbean island had suffered and “reiterated the continuing ties between the two nations despite the constitutional status change”, reported the BBC.

Fast forward five months, and the future king of England, Prince William and his wife Kate have packed their bags and are heading back to the Caribbean.

This time, the child-free couple will touch down in Jamaica, Belize and the Bahamas on a whirlwind tour, amid increasing concerns the nations could be next to remove the Queen as its head of state.

Jamaica’s Prime Minister Andrew Holness, speaking a few weeks after Barbados’ departure, said there was no doubt his nation of three million people would become a republic.

“There is no question that Jamaica has to become a republic. Who is arguing that point? We have put together a plan to move towards that in a way that is meaningful and substantial in function and form.

“That is what we are going to do,” reported the Caribbean’s leading news website Loop on December 12.

Leaving behind three young children – Prince George, eight, Princess Charlotte, six, and Prince Louis, three – on their first overseas trip since the pandemic in 2020, Prince William and Kate have a busy schedule ahead to mark the Queen’s platinum jubilee and do some serious public relations.

From March 19-26, the couple is on a mission to visit three countries where the Queen is still head of state.

Royal expert Jennie Bond told OK!, “I’m sure there’s a part of them that’s looking forward to some child-free time away, like any working parents.”

Buckingham Palace confirmed William and Kate’s tour will kick off in Belize, where representatives for the Duke and Duchess of Cambridge were spotted in January on the country’s largest island, Ambergris Caye.

It will be a return to Belize for Prince William, who trained with the Welsh Guards regiment there in 2000.

In Belize, Kate and William will visit historic Mayan sites and celebrate the rich culture of the Garifuna community [mixed African and Indigenous people) as well as explore the country’s biodiversity.

In Jamaica, the so-called “young and charismatic couple” with a “unique brand of modern royalty” will meet and greet the country’s defence force and celebrate the country’s biggest musical export and late reggae legend Bob Marley with the current crop of talented musicians and dancers.

They’ll wrap the tour in the Bahamas, where they will spend time across a number of islands and experience the pageantry of the famous Caribbean junkanoo street parade.

Throughout the seven-day tour, the Cambridges’ itinerary will focus on themes that are “close to their hearts”, including The Earthshot Prize, mental health and the importance of “early childhood to lifelong outcomes”.

Also, “Their Royal Highnesses are keen to understand more about the impact that the pandemic has had across the Caribbean, and how communities have pulled together to respond to the challenges they have faced”.

The couple will meet a wide variety of groups, including children, young people and families, frontline workers, service personnel, leaders from government, business and the charity sector as well as inspiring conservationists, and the early years workforce, the Palace said.

Caribbean an ‘important destination’ for the Queen

The Queen has visited the Caribbean eight times in her 73-year reign as head of the Commonwealth.

UK’s Tatler magazine says the Caribbean “has always been an important destination for royal tours”, and “the Queen is currently still head of state in 15 countries around the world, half of which are in the Caribbean”.

“It is unsurprising it is such an important destination for the royal family,” points out Tatler.

Along with the Cambridges, other royals heading overseas to mark the Queen’s platinum jubilee will be the Queen’s youngest son Prince Edward and wife Sophie, the Earl and Countess of Wessex. They will travel to Antigua and Barbuda, Grenada, St Lucia, and St Vincent and the Grenadines from April 22-28.

Prince Charles and wife Camilla are off to CHOGM (the Commonwealth Heads of Government Meeting) in Kigali, Rwanda, in June.

And the Queen’s only daughter Princess Anne will visit Papua New Guinea from April 11-13. Just prior to that, the Princess Royal will be in Sydney to open the Royal Easter Show.

Interestingly, it was Prince Harry, pre-Megxit, who enjoyed the warmer waters of the Caribbean and seemed to grab most of the headlines as he danced, sang, drank and raced through his royal tours.

A young Harry toured Jamaica in 2012, where he famously raced the world’s fastest man Usain Bolt at Jamaica’s University of the West Indies.

In 2016, he happily undertook a two-week, seven-country trip in honour of the Queen’s 90th birthday.

A highlight on that trip, no doubt, was being introduced to music royalty Rihanna in Barbados – when they were both tested for HIV/AIDS at an event hosted by the Barbados National HIV/AIDS Commission on World AIDS Day – before it became a republic.

Let’s save the Commonwealth! William and Kate jet off on platinum jubilee trip to the Caribbean