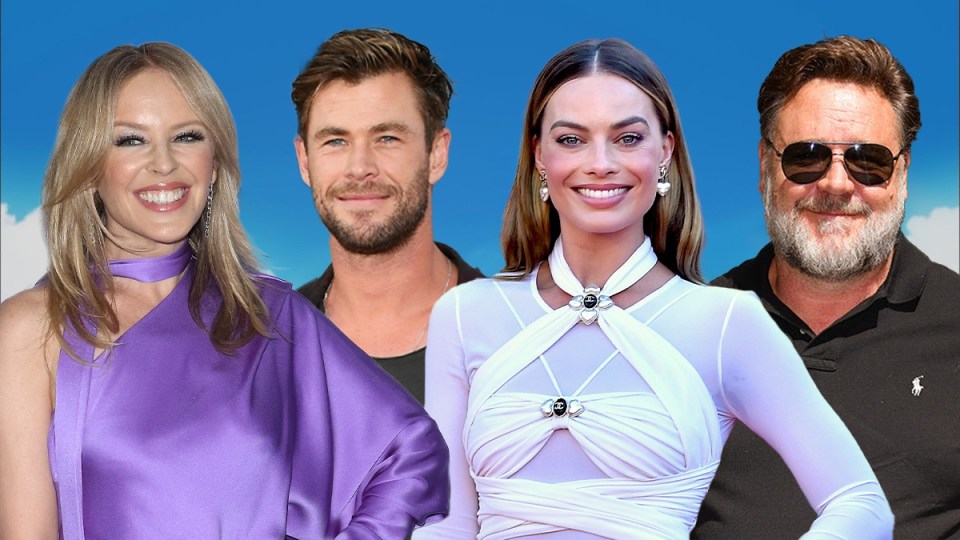 From Margot Robbie to the Hemsworth brothers, Neighbours helped launched a lot of careers. Photo: TND

Margot Robbie once described Neighbours as a “boot camp for Australian actors”.

“Everyone goes through it,” Robbie told talk show host Jimmy Kimmel in an interview.

“You have to do Neighbours or Home and Away first and then you end up here,”  she said.

‘Here’ is Los Angeles, where Robbie founded the production company LuckyChap Entertainment in 2014 and starred in numerous blockbuster hits such as Birds of Prey (2020) and Wolf of Wall St (2013).

But her story began on Neighbours as the aspiring fashion designer Donna Freedman.

The fiery character was in a passionate (and bumpy) relationship with Ringo Brown (Sam Clarke). They became the 36th couple to get married on the show.

Robbie obviously isn’t the only Hollywood superstar to have gotten her start on Neighbours, the Australian television classic that is coming to an end after nearly 37 years.

With such a legacy under its belt, this is a good moment to look at some of the biggest Australian stars to have passed through Ramsay Street.

These days, Robbie is a Hollywood powerhouse.

Apart from starting her own production company, the actor has been nominated for two Academy Awards for her performances in I, Tonya and Bombshell.

Her upcoming string of projects includes the live-action Barbie, based on the popular doll. Ryan Gosling (La La Land) has been cast as boy toy Ken, alongside Marvel superhero Simu Liu (Shang-Chi and the Legend of Ten Rings) and America Ferrera (Superstore).

The film is helmed by Greta Gerwig, who has Ladybird and Little Women to her name.

Kylie Minogue joined Neighbours in 1986 as Charlene Mitchell, the beloved mechanic who went on to marry Scott Robinson (Jason Donovan).

Almost 20 million people tuned in to watch Charlene and Scott tie the knot, one of Neighbours’ most iconic couples.

After the show announced it was coming to an end, Minogue paid tribute to the series on Twitter.

The singer-songwriter shared that she will be forever grateful for the experience and friends she made on the show.

“We had no idea how big the show would become and how passionately viewers would take it to heart. Pure love! I can still hear Madge calling … CHARLENE!!!!”

After starring on Neighbours, Minogue launched her solo music career and went on to become the highest-selling female Australian artist of all time.

It wasn’t the biggest role, but look at him now.

For his performance as Maximus Decimus Meridius in Gladiator, Crowe took home the gong for Best Actor at the Academy Awards in 2001.

Murray Bartlett’s acting career kicked off in the early ‘90s, with stints on both Neighbours and Home and Away. In the former, he starred as conman Luke Foster.

Although Bartlett only appeared in a handful of episodes, he went on to guest star in series like Sex and the City, White Collar and The Good Wife.

His career milestone came last year after he starred as chaotic hotel manager Armond in Season 1 of The White Lotus.

The performance earned him nominations from the Screen Actors Guild and Critics Choice Television Awards.

Last year, Bartlett was cast in the highly-anticipated HBO adaptation of The Last of Us.

Before Chris Hemsworth starred on Home and Away as Kim Hyde for almost 200 episodes, he appeared in a single episode of Neighbours.

These days, we know Hemsworth as Thor in the Marvel franchise and Tyler Rake in Extraction.

He is set to star as wrestler Hulk Hogan in an upcoming biopic for Netflix, too.

Thor: Love and Thunder, the fourth instalment in the superhero film series, is slated for release this July.

Luke Hemsworth, the eldest, played Nathan Tyson from 2001 to 2002 on Neighbours.

Nathan was a footballer who got caught abusing steroids to up his performance on the field.

Luke later returned to the soap in 2008 to star as a different minor character by the name of John Carter, a car salesman.

Since 2016, Luke has starred in the hit HBO series Westworld as Ashley Stubbs and Coach Erickson in Young Rock.

And to complete the trio, we have Liam Hemsworth.

The youngest of the brothers played Josh Taylor in 25 episodes of Neighbours.

Josh was a paraplegic who dated major character Bridget Parker (Eloise Mignon) after a car accident left her paralysed on one side of her body.

Liam’s big break came when he starred in the Nicholas Sparks drama The Last Song with Miley Cyrus, who he would later marry and ultimately divorce.

After that, he played Gale Hawthorne in The Hunger Games franchise opposite Jennifer Lawrence.

Natalie Imbruglia played Beth Brennan from 1992 to 1994 on Neighbours.

Beth worked in the Coffee Shop (before it was renamed Harold’s Cafe) and became an apprentice builder.

After some will-they/won’t-they shenanigans, Beth started dating and got engaged to Brad Willis (Scott Michaelson). But they ultimately split after Beth found out Brad was cheating on her.

After Neighbours, Imbruglia shifted into music and released her cover of Ednaswap’s Torn in 1997.

The song was a smash hit around the world.

Her latest album Firebird was released in 2021.

Ben Mendelsohn played Warren Murphy on Neighbours from 1986 to 1987.

Warren was the bad boy who briefly dated Charlene during her split from Scott.

Mendelsohn, who won an Emmy for his performance in Bloodline, has a colourful list of career highlights.

You can catch him in the critically acclaimed musical Cyrano, which is in cinemas now.

The English-born Australian star is another actor who appeared on both Neighbours and Home and Away.

Mike was good mates with Scott and Charlene and later became a high school maths teacher. The character spent a lot of time processing his traumatic childhood in which he and his mother were abused by their father.

He also starred as Richard Ryan in the triumphant HBO series Mare of Easstown, which premiered last year.

‘Bootcamp for Australian actors’: Ten major stars who got their start on Neighbours