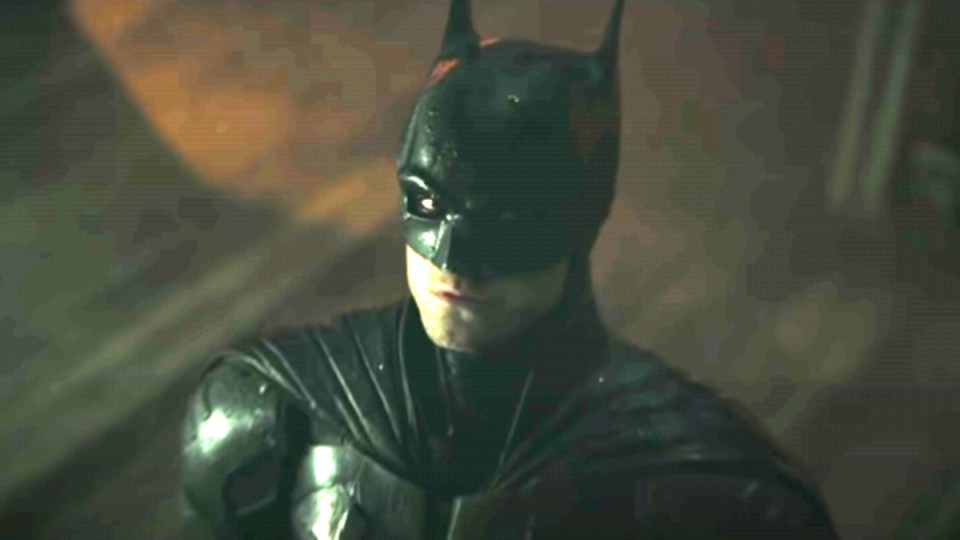 Robert Pattinson's Batman has one thought on his mind, vengeance. Photo: YouTube

It could be that the 94th Academy Awards in Los Angeles are overshadowing any real movie magic this month, with just one blockbuster, a third Spider-Man film and a handful of dramas and light-hearted comedies on offer.

There’s no House of Gucci, Spencer, Belfast, The Power of the Dog or King Richard – among 10 Best Picture Oscar nominations  – for us to look forward to, bar one.

After two production delays, there is now much anticipation and excitement as The Batman, starring English actor Robert Pattinson as Bruce Wayne, takes flight on March 2 in cinemas across the country.

Taking over from Christian Bale, George Clooney, Michael Keaton and Ben Affleck, Pattinson told Sky News before the UK’s red-carpet premiere the caped crusader is such a “cultural icon” that he can be interpreted in so many different ways.

“You can’t help but not want to step on the other performers’ toes, and I was so familiar with the other movies that it’s difficult to not do an imitation of people you’ve seen, when you’ve seen the movies like a million times,” he said.

“The script did take a few departures and that kind of helped.

“It has such a great legacy of directors and actors working with it that it just felt like it exists on its own and felt like a massive honour to be part of it,” he said on February 24.

Starring two-time Golden Globe Winner and 1973 Bond girl Jane Seymour, Ruby’s Choice premiered at the CinefestOZ festival in Western Australia in August, shining a light on the No.1 killer of women in the country: Dementia.

Also starring Coco Jack Gillies and Jacqueline McKenzie, the storyline follows three generations who struggle with the hard decisions about how to look after a loved one with dementia.

Seymour, who plays a grandmother diagnosed with dementia, said at the time: “It’s a very sad and scary place to put yourself … to go there.”

“She loses her ability to know where the bathroom is – that is a really big one. She gets lost.”

Worth seeing, even if it’s a way of donating to Dementia Care, which will receive a portion of the profits from the film.

To coincide with International Women’s Day, biopic Miss Marx (which premiered at the 2020 Venice Film Festival) will be released nationally.

Set in 1883, Marx is among the first women to link the themes of feminism and socialism, and fights for women’s rights and the abolition of child labour in London.

Director Susanna Nicchiarelli says “telling Eleanor’s life story is an opportunity to discuss topics that are so modern that they can still be called revolutionary today, a century and a half later”.

After a four-year break from movie-making, Channing Tatum (Magic Mike, 21 Jump Street), is back.

This time he keeps his clothes on and co-directs and plays an army ranger who takes a slightly dysfunctional military dog Lulu (a Belgian Malinois) on a road trip to a friend’s funeral.

It’s a bit funny, a bit sad and for anyone who loves a movie with a dog in it, this one is also a bit of a tear jerker.

Anything with Jason Statham in it promises to be full of seriously good driving of fast cars, crashes, guns and action and survival – think his Transporter, Fast and Furious and Meg movies.

Statham is back, playing super spy Orson Fortune who must track down and stop the sale of a deadly weapons technology.

The bad guy is played by Hugh Grant.

Josh Hartnett plays a Hollywood movie star who works undercover, so the three should have some fun chemistry on screen.

Based on real events in 1961, this is the story of Kempton Bunton, a 60-year-old taxi driver who allegedly stole Goya’s portrait of the Duke of Wellington from the National Gallery in London.

It was the first (and remains the only) theft in the gallery’s history.

Kempton sent ransom notes saying that he would return the painting on condition that the government invested more in care for the elderly – he had long campaigned for pensioners to receive free television.

Starring Jim Broadbent (Harry Potter, Narnia) as Bunton, and Helen Mirren (The Queen, Red) as his wife, it was Bunton’s grandson Chris who pitched the idea for a film after being told the story as a teen.

He told the Radio Times on February 23: “Literally every scene is based on the true events. The writers have just … I like the way that they changed some things to make it more comedic.”

What started with Venom in 2018 now moves to the story of scientist Dr Michael Morbius, who suffers from a rare blood disease.

He tries to cure himself, and in the process turns into a living vampire.

Leto told Variety: “It was hard for me in some way, because I’m not used to playing roles that are a little bit closer to who I am, day in and day out”.

March movie guide: A Batman, a military dog and another Marvel superhero film