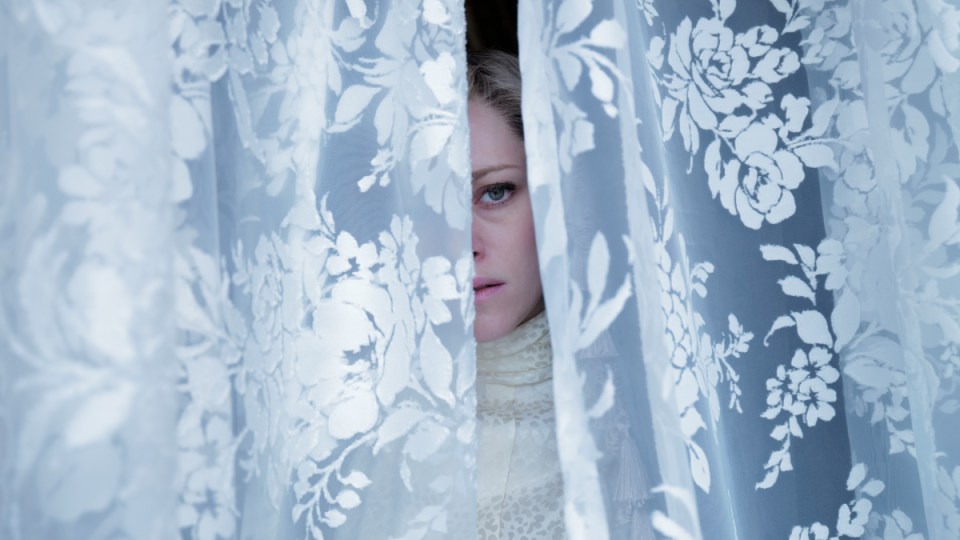 Stewart reveals what it was like to get inside the head of Diana as she returns to making sci-fi thrillers. Photo: Prime Video/Pablo Larrain

An American actor playing a British princess was always going to be a hard ask, but her haunting portrayal of the late Diana, Princess of Wales, in Spencer has everyone slightly excited that she might just bring home her first Best Actress award next month at the 94th Academy Awards in Los Angeles.

And that includes her.

In an interview with Vanity Fair on February 18, Stewart isn’t in the mood to play it cool.

She’s on top of the world, with many critics claiming she does the job with “grit and grace” and “awards are due”.

“Everyone wants to win an Oscar, you know?” the 31-year-old Twilight star admits, revealing intimate details of just how far she fell into the role and what she really understood about Diana in the latter part of her ill-fated marriage to Prince Charles in 1991.

Spencer, by Jackie director Pablo Larraín, is set during a three-day Christmas gathering at the Queen’s remote 8100-hectare Sandringham Estate near the Norfolk coast.

It’s a psychological thriller that takes us inside how Diana, who was killed in a car crash in Paris in 1997, handled that dark chapter of her life.

It reveals the extent of her bulimia, her dislike of royal expectation and the love she had for her sons William and Harry.

She also had to navigate the obvious, that Charles was in the midst of a full-blown affair with Camilla Parker-Bowles (whom he married in 2005 and who the Queen recently announced would be known as Queen consort once Charles becomes the King of England).

“Above all, Stewart succeeds against all the odds in breathing life into the character of the troubled, unhappy Princess,” wrote David Stratton in The Australian.

“Stewart brings a fury and a poignancy to the role that maybe no other actor could have so accurately located.

“Awards are due,” adds Graeme Tuckett from stuff.co.nz

And the critical acclaim continued with The New York Times, who said casting her was a “meta stroke of genius”.

“Stewart leverages her own star power to turn Diana into someone familiar,” the review read.

“The intimacy and care the character craves is something the audience feels compelled to supply. Our sympathy is more than pity, and Spencer is more than the portrait of a woman in distress.

“If it’s a fable, it’s a political fable, an allegory of powerlessness, revolt and liberation.”

Stewart began acting at age nine and was catapulted to fame at 18 when she played broody Bella to Robert Pattinson’s vampire Edward in the Twilight saga franchise from 2008 to 2012.

She chose independent films for a few years afterwards, including Still Alice and Personal Shopper, before returning to mainstream Hollywood in films such as Charlie’s Angels (2019).

And then she went next level in Spencer, spending months researching and mastering voice training, trying to get inside Diana’s state of mind, with Larraín confident she could master the interpretive, surreal script.

“He was always like, ‘If you wanted it to be, it could be as good as A Woman Under the Influence (a 1974 movie that won two Oscars, including Gena Rowlands for best actress).

“One of the remarkable things is that she was so friendless.

“I’m constantly going, ‘Where was your f–king homie?” Stewart said, telling VF she was saddened by Diana’s apparent total isolation at the time, with no best friend to call.

The only people she spoke to – real or imagined – were her personal valet (who admits he’s in love with her), a ghostly appearance from Anne Boleyn (who was Queen of England from 1533 to 1536 and was beheaded), her sons (who were clearly worried about her state of mind), and the kitchen staff.

Stewart dominates the screen time, with only fleeting exchanges with Charles. Queen Elizabeth II and other royals didn’t even get a line.

She says she wanted to accurately depict Diana’s eating disorder, which is accentuated in the film, from sticking her fingers down her throat in the bathroom during a formal dinner (even before main course), to raiding the giant fridges in the kitchen galley after midnight and shoving sponge cake and ham carelessly into her mouth.

“I wanted to make sure that was not glossed over,” Stewart said.

“I couldn’t throw up on this movie, even when I really should have … I felt like absolute sh-t and I could not get it up, and I know it was because my body was just like … the idea of that was so untouchable.”

Stewart finds love and her next film roles

In November, Stewart spoke about her engagement to her girlfriend of more than two years, screenwriter Dylan Meyer, a relationship she cherishes, and understands that maybe that’s all Diana wanted, was to be loved.

“I love being engaged.

“It’s different … I just feel so happy and lucky.

Stewart is in the midst of writing a TV show with Meyer, and has returned to the sci-fi thrillers, shooting Crimes of the Future, which is now in post-production with a 2023 release date, and Love Me.

Few details have been released on Crimes of the Future, but Neon’s official film synopsis says it’s about the evolution of humans beyond their natural state and “into a metamorphosis, altering their biological makeup”. It’s called accelerated evolution syndrome.

Stewart said: “The script is one of the strangest, most original things I’ve encountered”.

For now, it’s all about Spencer, telling VF Larraín “just loves this movie and me so much, and the purity of that is the sweetest and coolest thing”.

Spencer is streaming on Prime Video Australia from February 18.

‘Everyone wants to win an Oscar’: What’s next for Kristen Stewart after playing Diana?