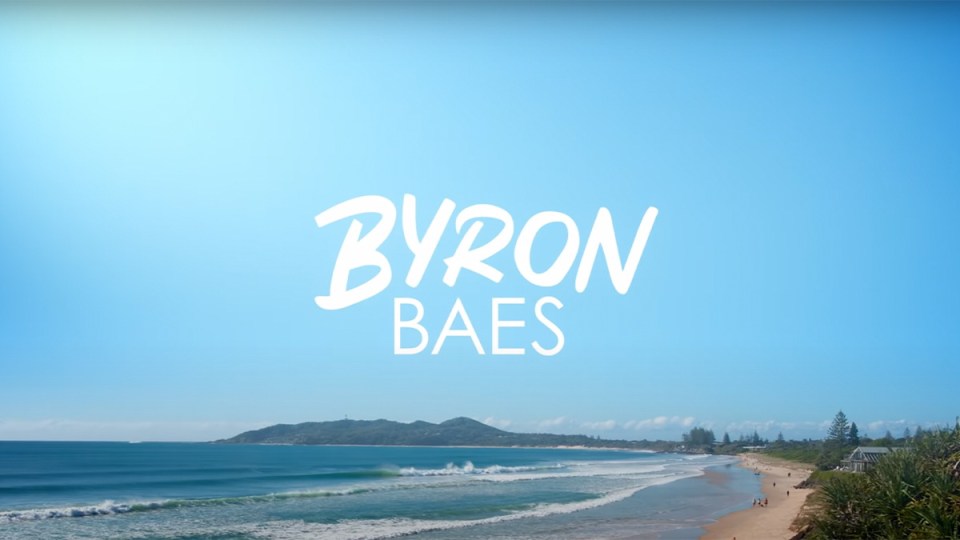 Netflix has unveiled the trailer for its controversial reality TV series, set in the world of influencers, entrepreneurs and models in Byron Bay.

Titled Byron Baes, the ‘docu-soap’ is an eight-part series that follows the group of young people as they navigate their careers and, of course, drama.

It was supposed to be one of Netflix Australia’s most celebrated productions, as the reality TV show will premiere to a global audience.

Instead, it was met with ridicule and anger by the Byron Bay community.

Who are the baes?

But there are also musicians, designers and artists among the cast.

Reality TV fans may recognise Nathan Favro after his stint on The Bachelorette and Bachelor in Paradise in 2018 and 2019.

Joining him are influencer Jade Kevin Foster, who rocketed to social media stardom after he snapped a selfie with Kim Kardashian, long-time Byron local Hannah Brauer and Simba Ali.

Described as a “spiritual soul”, Brauer is the brand manager at her family’s popular store Bisque Traders.

Ali, meanwhile, is a spiritual coach and fire performer who is originally from Melbourne.

“We’re all hustling to make a go of it,” one cast member says in the trailer.

What was the backlash?

The show was pitched as a “love letter to Byron Bay”, but its announcement triggered the full wrath of the beachside community instead.

Locals believe the show will present an unrealistic image of Byron Bay, a community grappling with numerous social issues.

According to the NSW government’s street count from 2021, there are 1141 rough sleepers across the state.

Byron, despite its glamorous Hollywood image, had 198 rough sleepers, second only to the City of Sydney with 272.

“We’ve almost got a Truman Show-type portrayal of who we are where everything is quite idyllic and superficial, where out the back it’s an empty parking lot,” former Byron Shire Mayor Simon Richardson told the ABC in April.

The Arakwal Corporation, which represents Byron Bay’s Traditional Owners, said the streaming giant or the show’s production company Eureka had not reached out to them before starting work on the show.

Its board of directors also rejected an offer of a donation from Netflix or Eureka.

Arakwal Corporation general manager Sharon Sloane said in a statement the directors “are not in agreement with the nature of the series”, and they “support the wider Byron community in opposing the production”.

Residents rallied to have the series cancelled, calling on the Byron Shire Council to retract Netflix’s filming rights in a GetUp petition that attracted almost 10,000 signatures.

Locals also held a ‘paddle out’ protest at Byron’s popular Main Beach, and businesses such as The General Store declined requests for the production crew to film in their venues.

“They will try to convince you with words like ‘huge exposure’ and ‘free marketing’ but I believe it will do more damage to your business than good,” owner Ben Gordon shared in the Byron Bay Community Board Facebook group.

“This is not the kind of exposure you want.”

In another post, Mr Gordon said the series will lead to people around the world viewing Byron Bay as a “TACKY and TRASHY town”.

He said Netflix will make millions from the series and give nothing back to the community.

“Our image will be tattered,” he wrote.

Que Minh Luu, director of content for Netflix ANZ, said at the time that Byron Baes will possess the classic elements of a reality TV drama, but its main goal is to lift the curtain on influencer culture.

Ms Luu explained that Netflix chose Byron Bay as a location because of its unique attributes.

“[Byron] is a melting pot of entrepreneurialism, lifestyle and health practices, and the sometimes uneasy coming together of the traditional ‘old Byron’ and the alternative ‘new’, all of which we’ll address in the series,” she said.

We’ll just have to wait and see what the world makes of our Byron Baes.

The series premieres on March 9 on Netflix.

Despite petitions and protests, Netflix forges ahead with Byron Baes and releases official trailer