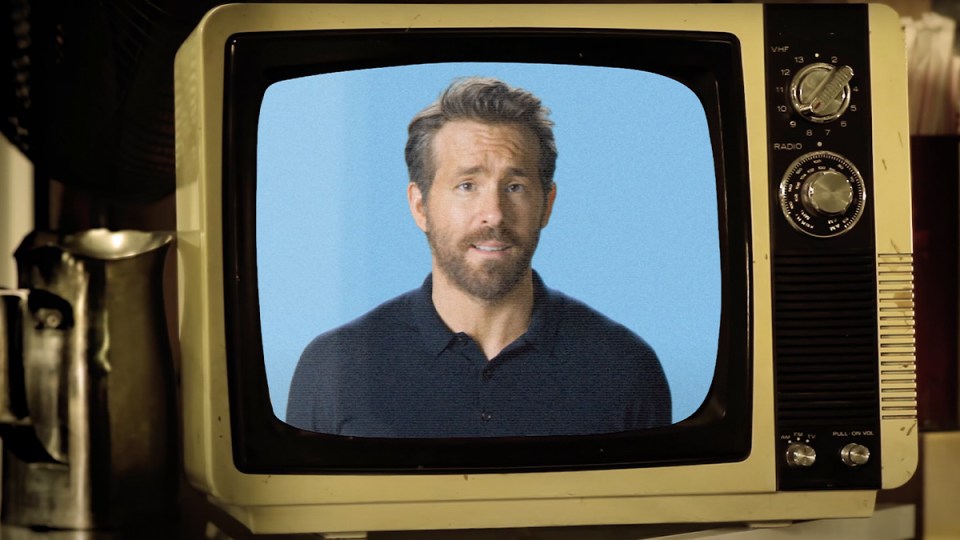 Most people know Ryan Reynolds for his charismatic and deeply sarcastic film characters, but the actor also has his fingers in a bunch of other pies.

Reynolds owns a stake in the American telecommunications company Mint Mobile and maintains an ownership interest in Aviation Gin (which he sold for $610 million in 2020).

He also co-founded Maximum Effort marketing, the agency behind those viral ads for Mint Mobile and dating site Match.

The man loves a good ad.

Then, in June, Maximum Effort marketing was acquired by the advertising software company MNTN (pronounced “mountain”) and Reynolds became its chief creative officer.

The marketing branch is separate from Reynolds’ Maximum Effort production company (Deadpool, Free Guy), which was not part of the deal with MNTN.

“I genuinely love marketing and I have been gobsmacked by how much fun it has been and how fast we have grown,” Reynolds said at the time.

Now he wants to make “Super Bowl-level advertising all year round”, but that doesn’t necessarily mean the big bucks.

The Super Bowl isn’t just a ginormous sporting event broadcast around the world, it’s also the main event of advertising.

International tech giants and corporations pour eye-watering amounts of money into ads, enlisting the help of A-list actors and singers to sell their products.

During this year’s Super Bowl, Ryan Reynolds appeared in an ad for his upcoming Netflix film The Adam Project.

He also voiced Grimace – the purple McDonald’s character – in an ad for the fast-food franchise.

Was it a random choice? Yes, and not a lot of people picked up on Reynolds’ voice. But perhaps that was the intended effect because Reynolds (his gin company, actually) soon revealed the cameo to the world.

It was a two-for-one case of advertising.

The ad made a mockery of the Super Bowl’s famously expensive commercials by repurposing old footage with a voiceover that wasn’t even in sync with Reynolds’ mouth.

The point was that Mint Mobile was saving money so that it could keep delivering low prices to its customers.

MNTN president and CEO Mark Douglas told The Hollywood Reporter that the challenge of a Super Bowl ad is making it culturally relevant and entertaining.

This year’s handful of Super Bowl ads featured Euphoria star Zendaya, who has a massive and passionate following online.

Keeping up with the pop culture

Being culturally relevant can leave a much bigger mark than an ad planned a year in advance.

The No.1 example is when the marketing branch of Maximum Effort produced that Peloton ad featuring Chris Noth after his character died in the Sex and the City revival And Just Like That …

In the series premiere, Mr Big (Noth) died from a heart attack after riding a Peloton.

By pure coincidence, Peloton had been in conversation with MNTN when the episode dropped.

Peloton emailed the company for help with the PR nightmare and 48 hours (and $80,000) later an ad was born.

Reynolds provided the voiceover, in which he rattled off the positives of using a Peloton.

With fans still reeling over the character’s death, the ad went viral.

Media outlets around the world covered the commercial, including The New Daily, but it was ultimately pulled after Noth was accused of sexual assault.

Still, the massive effect the 40-second ad had on the cultural discourse cannot be denied.

No stranger to viral marketing

Reynolds has often leaned on viral moments in pop culture to sell his brands, such as Peloton’s now-infamous 2019 commercial starring Monica Ruiz.

In the ad, Ruiz (dubbed the ‘Peloton lady’ or ‘Peloton wife’) is gifted an exercise bike for Christmas from her on-screen husband.

She films a video diary to track her progress and ultimately feels thankful for the gift of a Peloton.

The ad went crazy viral … for all the wrong reasons.

People not only thought Ruiz’s facial expressions were unsettling, but they also described the ad as sexist.

Before long, Reynolds released an ad starring a shellshocked Ruiz having a drink with two friends, coping with the aftermath of seeing her face all over the internet.

After snapping out of her daze Ruiz compliments her drink: “This gin is really smooth.”