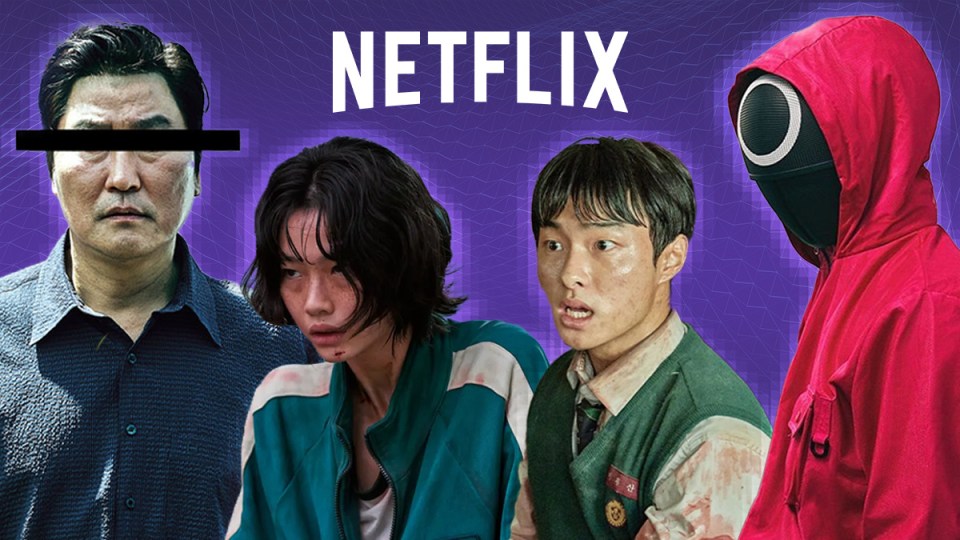 Park Ji-hu, the 18-year-old star of All of Us Are Dead, was quite worried in the lead up to the show’s premiere on Netflix last month.

She understandably felt the pressure of being in a Korean Netflix series touted as the next Squid Game.

But Park soon learned she had nothing to worry about.

The gory zombie series hit the coveted No.1 spot seven days after its release on January 28, becoming just the second non-English language series to top Netflix’s daily US viewership after Squid Game.

All of Us Are Dead is one of 25 new Korean shows coming to Netflix in 2022, its largest number to date, as the Korean Wave continues to make a global splash.

Squid Game wrapped its tentacles around the world last year, leaving behind a trail of crushed records.

At its peak, Squid Game was the No.1 show in 94 countries, with 95 per cent of its viewership coming from outside Korea.

Its success propelled other Korean shows on Netflix into the global spotlight, such as Hellbound and The Silent Sea.

Netflix started investing in Korean shows in 2016 and has since poured US$1.2 billion-and-counting into Korean content.

Its first original series was the 2019 romantic drama Love Alarm. While its premise centred on a fictional app, a literal love alarm, it weaved in the very real and relatable emotions of first love and heartbreak.

“The thing about Squid Game is that it’s fundamentally a Korean story featuring games that most Koreans are very familiar with from their childhoods,” Don Kang, VP of content at Netflix Korea, told The New Daily.

“Local authenticity is critical when it comes to how a show resonates.

“What we found is, the stories that are loved locally have a much higher likelihood to also be loved outside of its home country.”

Mr Kang said that because of how competitive its arts industry is, film and TV crews spend significant resources in ensuring high standards across talent, music, sets and aesthetics.

Jihee Kim, the director of the Korean Cultural Centre in Australia, suggested that one of the reasons why the Korean industry is so competitive is because of the rivalry between various global and local platforms.

As this continues to rise, so does the demand for good stories and production quality.

“Competitiveness is not necessarily a good thing, but more and more diverse and creative Korean films and dramas are being produced to foster growth,” Ms Kim said.

The nation’s global success is probably not a surprise for those familiar with Hallyu, which translates to  ‘Korean Wave’.

“The Hallyu phenomenon emerged in the late 1990s, when Korean dramas and pop music became popular among young people, particularly in China and Southeast Asia,” says Ms Kim, who is also the chairwoman of the Korean Film Festival in Australia.

And then Gangnam Style by Korean pop star Psy took over the world in 2012.

The nation was previously known for its successful tech outfits and manufacturers, such as Samsung and LG, but these days Korea is seen as a cultural powerhouse.

A lot of the credit goes to the ginormous global successes of mega K-pop groups BTS and BLACKPINK, as well as the Oscar-winning Parasite.

That success has led to international interest in the Korean language, food, tourism and cosmetics.

Last month, the Korean government introduced a Hallyu visa program. Foreigners who plan to stay more than 90 days and who are enrolled in entertainment courses will be eligible.

The program will support visitors keen to learn about Korean culture and its entertainment industry.

When the Korean Film Festival in Australia first kicked off in 2010, Ms Kim said only three Korean films were released in the country.

“Since 2015, the number of commercial releases has significantly increased and approximately 15 Korean films are distributed in Australia each year,” she said.

Along with authenticity, Ms Kim said the true force of Korea’s success in film and TV stems from its ability to tell stories with common human values.

Themes like social injustice, morality and wealth aren’t just unique to Korean society but to society as a whole.

Other new shows coming out this year from Netflix Korea include its remake of the hit Spanish series Money Heist (La Casa De Papel) and Juvenile Justice.

The latter deals with a tough judge who balances her “aversion to minor offenders with firm beliefs on justice and punishment as she tackles complex cases.”

All of Us Are Dead, meanwhile, is set in a high school and focuses on a group of students who use everything they can to protect themselves from a zombie virus outbreak.

Park Ji-hu, initially “stunned” by the response to the series, told The New Daily that she credits streaming services like Netflix for “tearing down regional barriers”, making Korean and other international titles accessible to viewers all around the world.

The series recently slid into fifth place in Netflix’s all-time ranking for its Top 10 most popular non-English series, based on hours viewed in their first 28 days.

The stats only cemented Mr Kang’s long-held belief that “a great story can be made anywhere and loved everywhere.”

The Korean Wave on Netflix and beyond is only just beginning