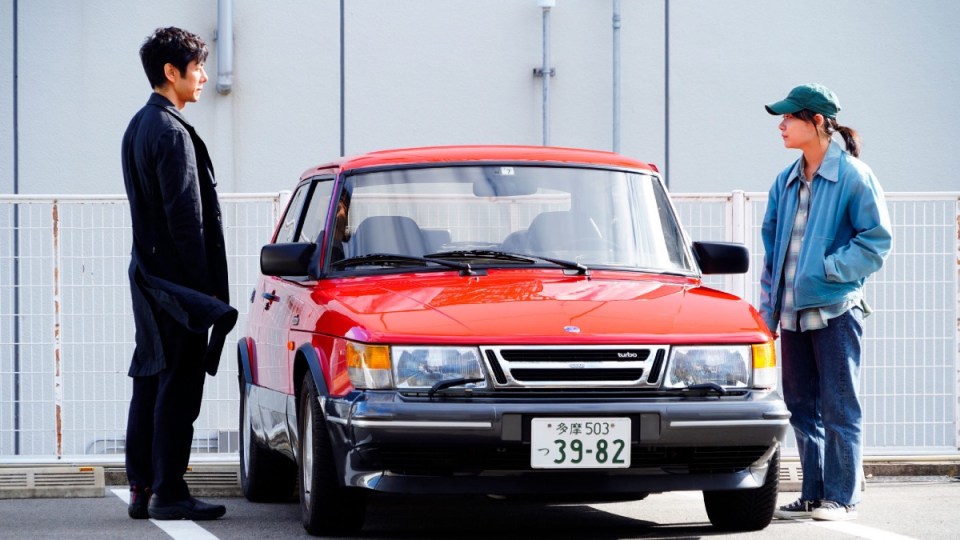 Drive My Car, a beloved Saab in this case, redefines what makes a happy ending. Photo: Bitters End
review

This dreamy and exceptional film opens with the recurring obsessions of author Haruki Murakami, on whose short story it is based: namely, sex and the idea of pieces of identity left with or taken by lovers.

Yusuke is a director and actor with a passion for Chekhov, while Oto is a television actress, and together they are building their careers. We see him leave early one morning to drive to the airport in his vintage Saab, but when his flight is cancelled he returns home unexpectedly – never a good idea. He quietly shuts the door and their life goes on as normal.

A couple of years later and Yusuke takes the Saab to Hiroshima, on his own, to begin a residency as director of a theatre company which will perform a multi-lingual version of Chekhov’s Uncle Vanya with the actors speaking in their own language (there are subtitles). We spend time around the reading table, hearing feedback he gives to the actors who include the miscast toy boy Koji (Masaki Okada), one of Oto’s lovers.

In an added twist, Yusuke has to surrender control of his precious Saab to a woman, Misaki, (Toko Miura). As she chauffeurs him around, it is something of a contest as to who is most divorced from themselves and their humanity – the grieving director who tortures himself with his wife’s voice reciting Chekhov, or the perfectionist driver who was taught to avoid bumps in the road by her vicious mother who beat her if she drove through a pothole.

Directed by Ryusuke Hamaguchi, this is a long and cumulative piece of cinema that builds in grandeur as it ventures into the inner lives of damaged people and their suffering. In terms of plot, there is a first section in Tokyo that lasts for about a quarter of the film – at which point the opening credits disconcertingly roll – followed by the move to Hiroshima which culminates in Yusuke and Misake on a road trip to her old home.

At its heart, it’s about letting go of secrets and finding forgiveness, as Yusuke wonders if he was right to ignore the rage he felt towards his wife, while Misake comes to read her mother’s split personality as a desperate gesture of love. The final brief scenes are of such rewarding sweetness it redefined for me what makes a happy ending.

Drive My Car is showing in cinemas national from February 10.

Film review: Drive My Car is about letting go of secrets and finding forgiveness