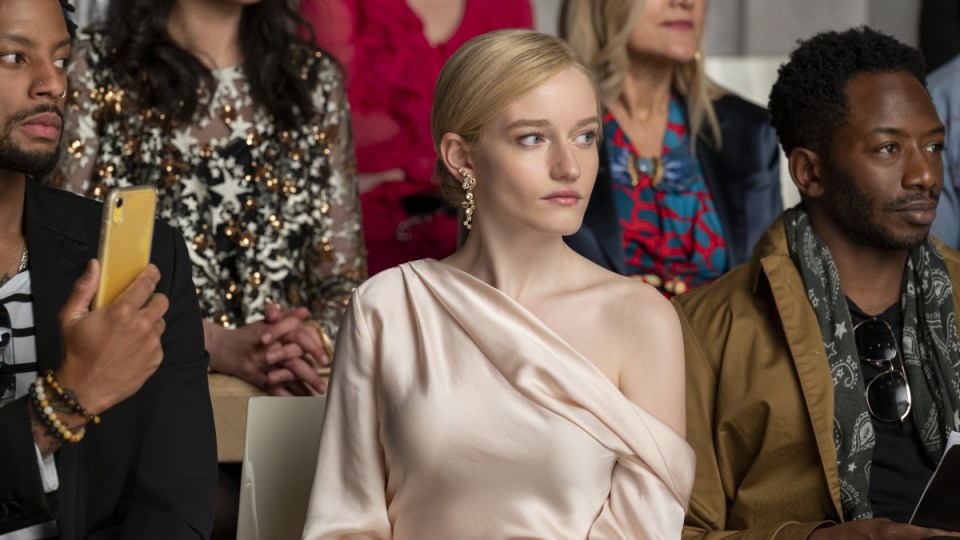 Julia Garner is every minute captivating and brilliant in her portrayal of Anna Sorokin in Inventing Anna. Photo: Netflix

It was the real-life story that rocked New York’s social scene – the story of a young, beautiful “German heiress” who befriended the wealthy, then systematically conned them and swindled banks and hotels for hundreds of thousands of dollars.

The wannabe socialite was Russian-born Anna Sorokin – aka Anna Delvey – who was sentenced to up to 12 years in a US jail in 2019 for her crimes.

She was released on parole in February last year and is currently in custody in an Orange County jail cell in upstate New York awaiting an Immigration and Customs Enforcement (ICE) hearing on her deportation.

At Sorokin’s sentencing, after being convicted on multiple counts of theft, Judge Diane Kiesel said she was “stunned by the depth of the defendant’s deception”.

Moments before she was sentenced, the fake heiress (who had told everybody she scammed she had a $60 million trust fund), briefly addressed the court, saying, “I apologise for the mistakes I made”.

Speaking to Shondaland, the Netflix production company founded by Shonda Rhimes (Grey’s Anatomy, Scandal, How to Get Away with Murder and Bridgerton), Pressler grappled with a key issue: Was Anna New York’s biggest con woman, or was she simply the portrait of the new American dream?

“Is she evil, or is society evil?” Pressler asked.

“Which is it? I don’t know. She was kind of allowed to become this because this is the way the world is. And it’s pretty fascinating,” she said on February 11, as she took us inside the making of the series.

Pressler, who broke the story, was initially tipped off by courthouse photographer Steve Hirsch when she was reporting on the Hustlers story (the 2019 Jennifer Lopez and Constance Wu film based on Pressler’s New York Magazine article ‘The Hustlers at Scores’).

She said there “wasn’t a choice” in turning her article into a TV show or movie.

“Someone was going to do it, and it was happening.”

But it was a stressful decision because Pressler wasn’t just thinking about who could make the best show, but about treating the real people involved properly.

“Who’s going to listen to them?” she said.

Side by side, the timeline of Inventing Anna compared to what actually happened are different. The way things unfold in the series also differ from real life.

“It’s one of those things that parts of it are very real, and then there are bits that are totally made up,” Pressler said.

“Many of the interviews that happen, the characters in the show are saying things that people absolutely said to me, but the situation is different, and the way that it’s set up in the show is different.”

Julia Garner spills on the hardest part of playing Anna

Speaking to IndieWire on February 10, Garner (who also plays southerner Ruth Langmore in award-winning series Ozark) said pulling off Delvey’s accent for Inventing Anna was the hardest thing she’s done in her career.

“It’s a hybrid of different accents. This is a girl who said that she was German, and people believed it, but she was actually born in Russia, so she’s not going to have a Russian accent.

“And then she probably learned English in the British way because she’s European [and] they don’t learn American English.”

IndieWire reports Netflix granted access to Garner and her long-time vocal coach Barbara Rubin of recordings of the real Anna in prison.

Pressler’s video and audio interviews were also made available as well as Delvey’s sizeable social media profile, where they could see how she spoke to friends on her Instagram posts.

“Julia trusts her instincts implicitly. She was like, ‘When I do this particular sound’ or ‘this inflection feels like her to me, I can hang on to that’.”

Did Anna Sorokin have ‘fraud syndrome’?

When asked for a personal opinion about Sorokin, given she’s spent more time with her than anyone else except her lawyer, Pressler told Shondaland she’s just not sure.

“I have this experience, which I think a lot of people have when watching the show, where you go back and forth between ‘This person is terrible, evil, scary’ and then ‘This is just like a nice girl; she’s normal’.”

Pressler has felt like this for the entire time she has known Sorokin.

“I really have not landed on whether she’s brilliant, conniving, or if she just kind of happens to be in the right place at the right time and has a little bit more tolerance of uncomfortable situations.

“A normal person would get very uncomfortable if a hotel told them they were not paying and they were going to be kicked out.

“She can tolerate that. It’s pretty fascinating, but I don’t really have an opinion about her. If I’ve coalesced on anything, it’s that she mirrors what people want to see; she kind of just becomes what you want.”

Pressler said that was “part of the fascination with her” and other con artists. Like it or not, people admire their confidence.

“They can just breeze into any situation and say or do things that we never would.

Pressler ultimately believes Sorokin is a product of “hustle culture” and she, along with other con artists, “inadvertently expose that we live in this poisonous culture”.

In an essay published by Insider on February 3, Sorokin wrote about contracting COVID-19, life inside prison and why she won’t be watching Inventing Anna any time soon.

“Even if I were to pull some strings and make it happen, nothing about seeing a fictionalised version of myself in this criminal-insane-asylum setting sounds appealing to me.”

‘Is she evil, or is society evil?’: The inside story behind disturbing Netflix series Inventing Anna