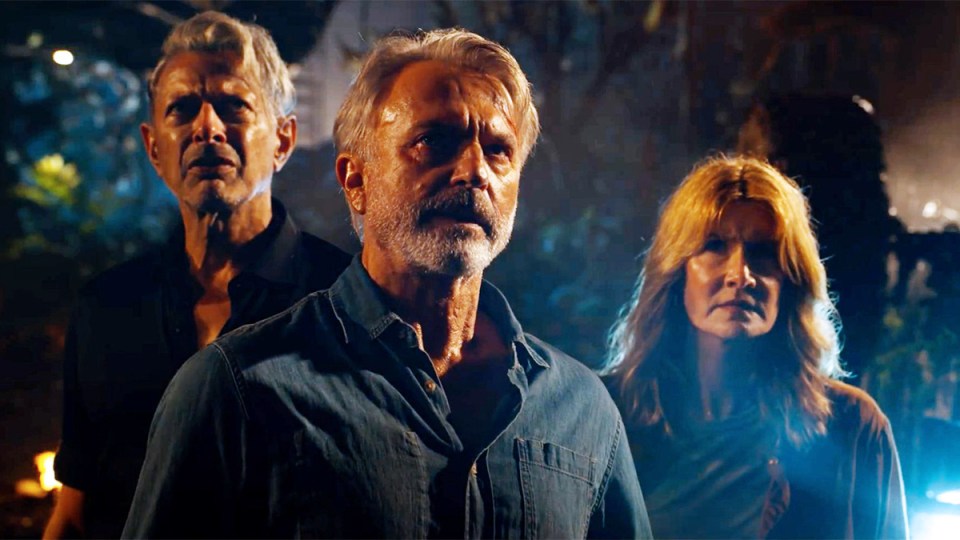 The original three first captured our imaginations in 1993 with the release of Jurassic Park . Photo: Universal Pictures

Universal has unleashed the almighty trailer for Jurassic World: Dominion, and it’s guaranteed to tickle the nostalgia cogs of fans everywhere.

Goldblum actually reprised his role in Jurassic World: Fallen Kingdom in 2018, but he wasn’t a big part of the film.

Jurassic World: Dominion picks up four years after Isla Nublar – the dinosaur theme park – was destroyed in Fallen Kingdom, which led to a bunch of dinosaurs being set free in North America.

Not just a cameo

The original three first captured our imaginations in 1993 with the release of Steven Spielberg’s Jurassic Park. It was followed by The Lost World: Jurassic Park in 1997 and Jurassic Park III in 2001.

The franchise was revived in 2015 with Jurassic World, the first in a trilogy starring a new generation of stars fronted by Chris Pratt (as Owen Grady) and Bryce Dallas Howard (as Claire Dearing).

Billed as the “epic conclusion to the Jurassic era”, it’s only fitting that Dominion unites the two generations to go all out with a big bang.

But if you think the original actors only do cameos in the film, think again.

Director Colin Trevorrow, who also helmed the 2015 film, told Entertainment Weekly that the veteran stars “have equal screen time” to Pratt and Howard.

And we see plenty of them in the trailer.

“Bigger. Why do they always have to be bigger?” Dr Malcolm says about the dinosaurs.

The creatures sure get bigger with every instalment, but in this case, so does the cast.

Life finds a way … in a battle for world domination

There is a lot to unpack in the trailer.

First, it gives fans a glimpse into a world entirely transformed. Dinosaurs roam free (and hunt), as wary humans watch on. Entire cities are overrun by prehistoric creatures.

It appears humans are in a losing battle for domination of the world.

“We not only lack dominion over nature, we’re subordinate to it,” Dr Malcolm says in a nod to the film’s title.

Not to mention, some of the dinosaurs are breeding.

The trailer shows Blue, the female Velociraptor trained by Owen, with a youngling. It looks like Owen is raising the little one, too.

While he may have Blue and Baby Blue on his side, we’re not sure the same can be said for the much bigger and more dangerous dinosaurs out there.

So, what are the humans’ options? By the looks of it, they may be building a new Jurassic Park. You can spot the colossal compound around a minute and 40 seconds into the trailer.

The preview ends with a thrilling shot of the original and new characters in an apparent riff on a classic scene from the franchise.

“Don’t move,” Dr Grant and Owen say together as the cast of characters confront a ginormous Tyrannosaurus Rex.

It’s enough to make you shiver.

There was some cheeky praise for the return of the original cast online, as well as the utter excitement you would expect.

Viewers in Australia can find the original trilogy and Jurassic World on either Stan or Netflix (until February 15). Fallen Kingdom is available to stream on Binge.