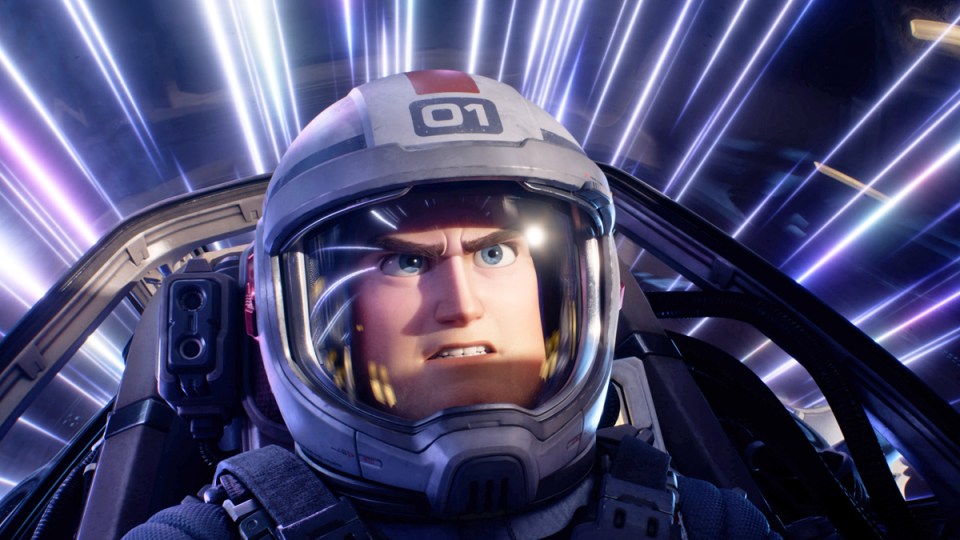 The spin-off follows the young test pilot as he becomes the space ranger we know today. Photo: Disney and Pixar

Chris Evans is going to infinity and beyond in the official trailer for Lightyear, the animated spin-off movie about the space ranger who inspired the iconic toy.

“Animated movie[s] were an enormous part of my childhood,” Evans tweeted in October following the release of the film’s teaser trailer.

“They were my escape. My adventures. My dreams. They were my first window into the magic of storytelling and performing.

“‘Thank you’ doesn’t even come close.”

Lightyear is the definitive origin story of how a young test pilot became the space ranger we know him as today.

In the trailer, Buzz jets off into space after a year of being marooned on a remote planet.

Instead of finding home, Buzz lands in an alien world full of robots (hello, Zurg) and massive tentacled creatures.

He’s joined on his mission by his fellow space rangers and a robotic talking cat named Sox.

Along with the trailer came the key voice cast reveal, which includes Keke Palmer (Turnt Up with the Taylors), Dale Soules (Orange Is the New Black) and Taika Waititi (Jojo Rabbit) as a group of ambitious recruits, with Peter Sohn (Ratatouille) as Buzz’s robot companion cat.

Award-winning composer Michael Giacchino is behind the score. His credits include Spider-Man: No Way Home and the upcoming film The Batman.

Angus MacLane, who has a number of Toy Story short films to his name, helms the movie.

What about Tim Allen?

He was voiced by Tim Allen alongside Tom Hanks as Woody.

The film and its subsequent sequels went on to become a staple of Disney/Pixar characters (and childhoods around the world).

While the talking toys have appeared in Toy Story shorts in the past, such as Small Fry (2011), Lightyear is the franchise’s first feature-length spin-off.

It’s about the man who inspired the toy, not the toy itself.

Since they are technically different characters, it explains why Evans has taken the galactic reins from Allen.

Speaking with Collider, MacLane said Evans was the “first and only choice” to play Buzz.

MacLane wanted an actor who could bring gravitas and comedy to the role.

“I didn’t have a No.2. It was very clear from the get go. It was like, ‘If you were gonna make a legitimate sci-fi film about Buzz Lightyear, who would you get? Well, Chris Evans’,” he said.

If Lightyear had been live action, MacLane said Evans would still have the role. Although, it would have been a bit weird to see Buzz’s prominent chin (and chin dimple) in the flesh.

For fans of the franchise, Lightyear could finally answer some questions we have about Buzz.

First and foremost: Can he actually fly?

One of Buzz’s most iconic scenes from the franchise is his attempt to fly … or fall with style. The toy version, at least, is convinced he can.

And what do all those buttons do?

Then there are the questions about why Buzz joined Space Command.

Lightyear blasts into cinemas on June 16