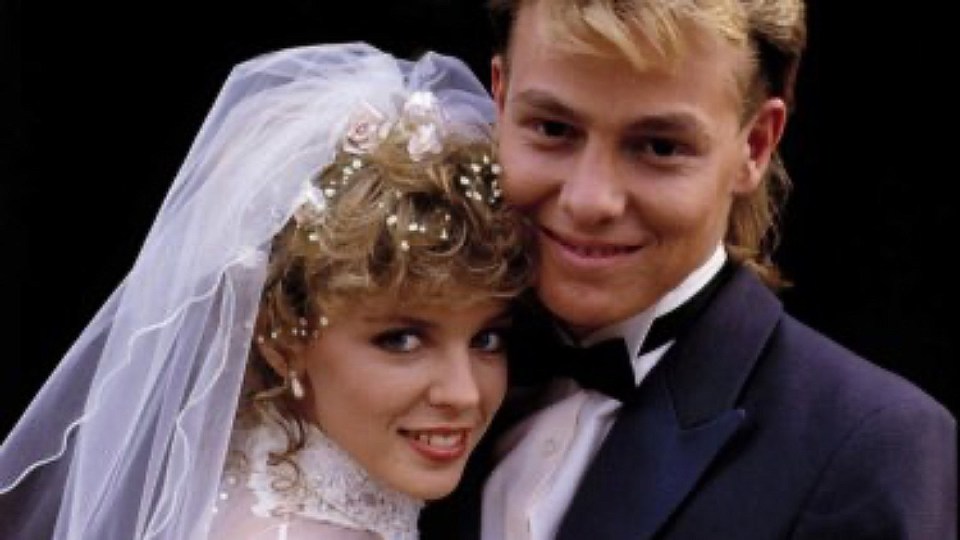 When you have watched characters go through their trials and tribulations daily for most of your life, they matter. Photo: Network 10

Could the screen door really have slammed shut for the last time on Ramsay Street?

Channel 5, which took over from the BBC in broadcasting the show in the UK in 2008, has chosen not to renew its contract with Fremantle, the Australian producers of the show, and will screen their final episode in August.

If Fremantle cannot find another UK buyer the show will cease production.

Channel 10 continues its commitment to screen the show in Australia (albeit having moved it a few years ago from the main channel to Ten Peach), but the budget for making the show (while tiny in TV terms) relies on the UK sale.

In Australia, Neighbours receives about 200,000 viewers per day – about half the viewers of Home and Away.

Its popularity is more assured in the UK, with about 1.5 million views per day, although this is still less than UK soaps such as Coronation Street and Eastenders, with around five and three million viewers, respectively.

Purportedly Channel 5 is choosing to put the money into locally produced UK drama.

We can only guess what is going on behind the scenes. I was working for Fremantle in Europe in 2007 when Neighbours moved from the BBC to Channel 5 and there were machinations at work in that decision beyond budgets and viewing figures (and beyond my full knowledge).

Television is a big complex business most of us will never understand.

Growing up on Ramsey Street

While many will say “good riddance” and “about time” if Neighbours does end after 37 years and nearly 9000 episodes, there has to be some reason it has survived this long and remains so beloved for so many people.

There will be deep grief in the UK audience if the show does end, and significant repercussions for the Australian screen industry.

This is the show that launched the beloved Kylie Minogue and featured guest appearances by British icons from Emma Bunton to Michael Parkinson and Russell Brand, Matt Lucas and David Walliams. British celebrities have been honoured to walk onto the wobbly sets of Neighbours and into the cul-de-sac of Ramsay Street.

Many viewers have literally grown up with the people of Erinsborough.

Karl and Susan, Toadie and relentless manipulator Paul Robinson are like family members to them. I met someone at a party once who burst into tears and screamed Madge Bishop was like a grandmother to her when she discovered I was involved in scripting Madge’s death.

When you have watched characters go through their relatable trials and tribulations daily for most of your life, they matter to you.

One of the favourite moments I was involved in scripting was the return of Paul Robinson to Ramsay Street in 2004.

For the end-of-year cliffhanger episode, we wrote a fire that devastated the Lassiters complex and in the final shot the smoke cleared to reveal Paul standing watching.

In the story room, we were filled with glee by such a huge moment, but it was nothing compared to the audience reaction.

This was the return of a character who had debuted on the show in episode one in 1985 and was bringing his evil ways back to Erinsborough.

Literally two weeks ago, one of my VCA Screenwriting students told me, as a young child in the UK, he remembers his mother watching that episode and screaming: “Paul! It’s Paul.”

Recently, the show has made a real strength of bringing back characters beloved by audiences and continuing their stories and their lives, much to the joy of devoted audience members.

Neighbours has created a whole world: Complex (Dee Bliss returning from the dead, except it was actually her separated-at-birth twin Andrea); far fetched (Harold drifting off rocks and returning four years later with amnesia); and just plain silly (Susan slipping on milk and reverting to thinking she was 17 again).

And then there was the pinnacle moment of madness, in which a dog dreamt of marrying the dog next door.

Indeed this world has, at times, been so complex, as writers we turned to the fan website The Perfect Blend as the show’s bible when we couldn’t remember all the many cousins and aunts and loves of so many characters.

In Australia, while less beloved by audiences, Neighbours is hugely respected in the screen industry.

Neighbours achieved longevity in a changing and cut-throat world of free-to-air broadcast and has given a start, training and long-term employment to many writers, directors, producers, actors and crew over 37 years.

Fremantle actively embraces this industry development as a role of the show, and screenwriters often call it Neighbours University – yes, the show looks clunky on screen, but that’s due to the small budgets and high-speed production, not the dedication and skill of those making the show.

They say you have to do 10,000 hours to become an expert in anything, and I easily clocked those hours storylining, script editing and writing for Neighbours. (Plus it was the most secure income I’ve ever had as a screenwriter.)

The loss of this training ground will have a major – if largely unrecognised – impact on the screen industry in the next decades in terms of a place to learn craft, find a creative voice and for peers to meet.

If Neighbours does end it will leave a major hole. It has been an important cultural icon – easy to criticise, hard to ignore.