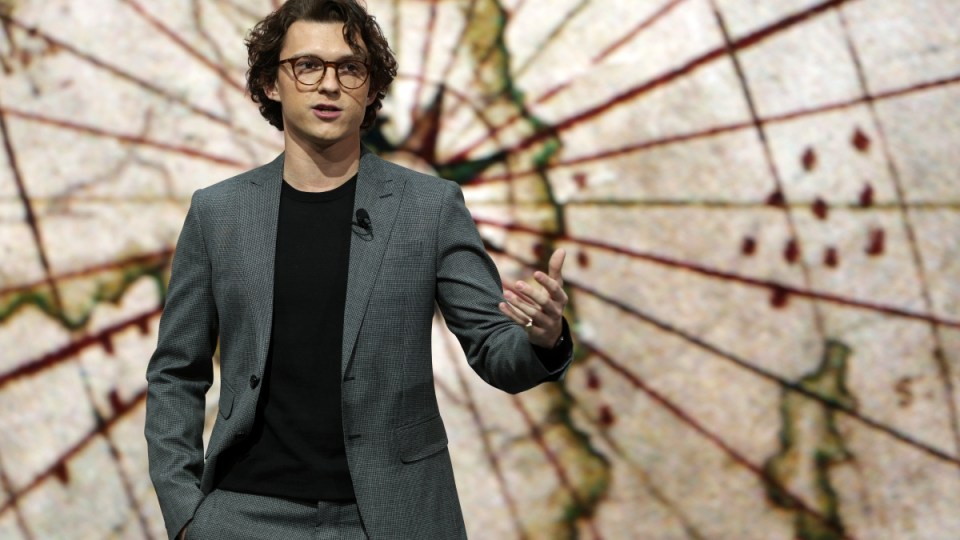 Tom Holland's catalogue of work is growing, as he takes on a treasure hunter role in Uncharted. Photo: Getty

There is one type of film genre that has indeed stood the test of time in the history of film, and that is the treasure hunt film.

It has all the elements of pure escapism, high drama, risk taking, death-defying action sequences, all for pirates’ treasure or priceless historic artefacts.

And now, thanks to the forever busy actor Tom Holland (Spider-Man) and Mark Wahlberg (Ted), we have Uncharted (out February 17), where the two join forces to recover a $5 billion fortune lost by explorer Ferdinand Magellan 500 years ago.

“What starts as a heist job for the duo becomes a globe-trotting, white-knuckle race to reach the prize before the ruthless Moncada (Antonio Banderas), who believes he and his family are the rightful heirs,” states the official synopsis.

UK-based Golden Way Media Films breaks down why these films are “timeless and universally appealing”.

“A treasure hunt movie is more than people looking for treasure. It is really about the realisation of dreams.

“There is also the air of mystery.

“Movie genres come and go much like fashion trends. But certain genres remain timeless because they appeal to the child in all of us … [they] tap into the imagination of what we might become,” it wrote.

They’re all in search of the Holy Grail.

If the genre doesn’t quite fit with your February viewing, here’s what else is on offer this month.

Keep in mind movies these days tend to last as a cinematic release for only a few weeks before streaming, so grab the popcorn and choc top while they last.

The chilling moment two teenage girls hear gunshots ring out down the corridor of their US high school sets the stage for what comes afterwards.

Survivor’s guilt, striking up new friendships amid the tragedy and learning how to process risk taking.

Warner Bros describes this as a “raw and honest coming-of-age story for our generation”.
January 27 (Binge)

A timely release given recent news stories about an investigation into Anne Frank and her family’s betrayer to the Nazis, this film is based on the real-life friendship between Anne Frank and Hannah Goslar, from Nazi-occupied Amsterdam to their harrowing reunion in a concentration camp.

Up for multiple awards at the Oscars next month, this is UK actor Kenneth Branagh’s memoir/dramatisation of his childhood spent growing up in Belfast in the late 1960s when The Troubles began.

Seen through the eyes of a nine-year-old boy, this movie is full of love, laughter and family.

Starring Caitríona Balfe, Judi Dench and Jamie Dornan, critics are labelling it an early candidate for the film of the year.
February 3

Instead of an out-of-control meteor hurtling towards Earth to wipe us all out, this time it’s all about the Moon losing its orbit after a mid-galaxy collision, propelling it our way.

Halle Berry stars as NASA executive and former astronaut Jo Fowler, and she’s on a mission to save us.

She reaches out to an astronaut from her past, Brian Harper (Patrick Wilson) and conspiracy theorist KC Houseman (John Bradley), and it’s shaping up to be a great two hours of seat-of-your pants action.
February 3

The Beatles: Get Back – The Rooftop Concert

Much has already been written about the Peter Jackson three-part documentary series released in November so we all know a lot about their recording history and their complex relationships.

So for the die-hard Beatles fan, this film features – for the first time in its entirety – The Beatles’ last live performance as a group, the unforgettable rooftop concert on London’s Savile Row, as well as music from the band’s final two albums, Abbey Road and Let It Be.
February 10

Death on the Nile

Kenneth Branagh is also having a busy month.

Hey, it’s been done before, but this musical comedy starring Jennifer Lopez and Owen Wilson packs a romantic punch (there’s a few little Bodyguard-esque moments), and breaks down those old chestnuts of celebrity, marriage and social media.

What could go wrong? How does it end? Do they stay together?
February 10

Game of Thrones’ Peter Dinklage delivers a unique interpretation of  Cyrano de Bergerac in this reimagining of the classic tale.

It’s a love triangle, it’s full of poetry and sword fights, and it’s sitting right up there for Oscar nominations.
February 24

Variety labels it corny and a film that sticks to a well-worn narrative (four friends reunite and take a nostalgic trip across Europe), as well as being tragically overshadowed by the appearance of the late wife of John Travolta, Kelly Preston, in her final film role.

“Laughs, tears, healing and incessant Blondie songs are all part of its rickety package, none of which is likely to help it make inroads with audiences when it debuts in theatres.”
February 24

Filmed in New Zealand, this suspense thriller is about a young woman en route to a family emergency, and is stranded by a blizzard and forced to find shelter at a highway rest area with a group of strangers.

“When she stumbles across an abducted girl in a van in the parking lot, it sets her on a terrifying life-or-death struggle to discover who among them is the kidnapper,” reads the official film synopsis.
February 25 (Disney+)