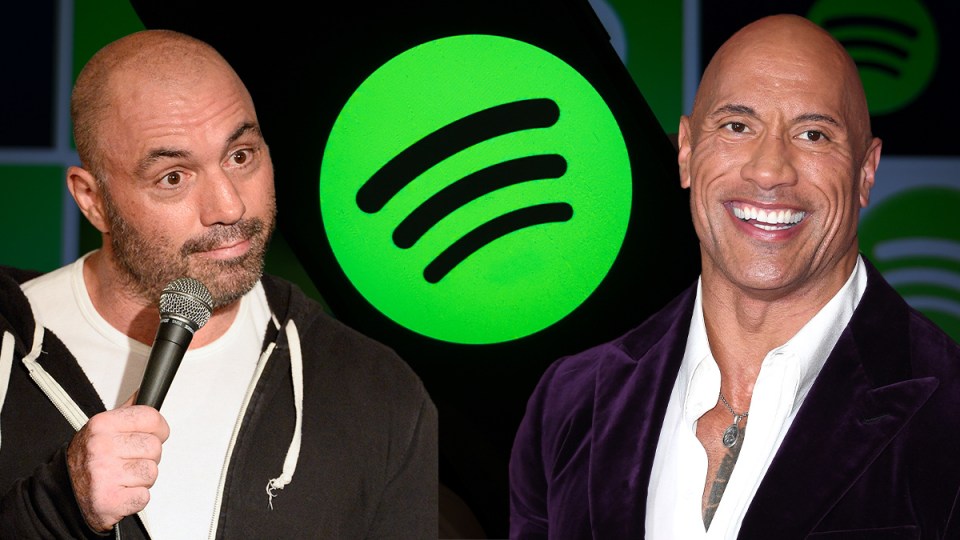 The Rock has supported Joe Rogan after the podcaster was caught up in a controversy about COVID misinformation. Photo: TND

Controversial podcaster Joe Rogan has backed Spotify’s plan to add a content warning to any podcast episode that discusses COVID-19 after his show was criticised for spreading misinformation on vaccines.

Rock and roll legend Neil Young brought the issue to the fore last week when he issued Spotify an ultimatum over the false claims: Either they ditch Rogan’s podcast, or remove his music from the platform.

Young’s threat came after more than 270 US doctors and healthcare professionals warned Spotify in an open letter that Rogan’s show (The Joe Rogan Experience) was “promoting baseless conspiracy theories” about the pandemic.

And now Rogan has broken his silence on the issue – earning kudos from big names such as Dwayne ‘The Rock’ Johnson in the process.

In a nine-minute video posted to his Instagram page, Rogan said he did not know whether the two podcast guests accused of peddling dangerous misinformation on his show – Dr Peter McCullough and Dr Robert Malone – made false claims about COVID vaccines, as he is neither a doctor or a scientist.

But he said the aim of the show was to have “interesting conversations with people that have different opinions”.

“I’m just a person who sits down and talks to people and has conversations with them,” Rogan said.

Rogan said although some of his guests were sceptical about the benefits of the COVID vaccines, he had also hosted many guests on his show who support the consensus expert opinion that COVID vaccines are important, safe and effective.

“One of the things that Spotify wants to do, that I agree with, is that at the beginning of these controversial podcasts, like specifically ones about COVID, is to put a disclaimer [that says] you should speak with your physician, and that these people and the opinions that they express are contrary to the opinions of the consensus of experts,” Rogan said.

“Sure. Have that on there – I’m very happy with that.”

In future, Rogan said he would also try to hosts guests with widely supported views on controversial topics such as COVID vaccines immediately after hosting guests with non-mainstream opinions.

He said he had no intention of promoting misinformation and that a podcast that had started off as just conversations with friends had morphed into a “juggernaut that I barely have control of”.

“I will do my best to try to balance out these more controversial viewpoints with other people’s perspectives. So we can maybe find a better point of view.”

Rogan’s response received a positive reception from members of the mixed martial arts community, as well as from former congresswoman Tulsi Gabbard and actor Dwayne ‘The Rock’ Johnson.

Johnson commented on Instagram: “Great stuff here brother. Perfectly articulated. Look forward to coming on one day and breaking out the tequila with you.”

On Sunday, Spotify published its previously undisclosed guidelines on what content is permissible on its platform.

The streaming giant’s CEO, Daniel Ek, said in a statement that he recognised Spotify had “an obligation to do more to provide balance and access to widely-accepted information from the medical and scientific communities guiding us through this unprecedented time”.

He said Spotify would soon add a content advisory warning to any podcast episode discussing COVID-19.

The disclaimer will then direct listeners to Spotify’s COVID-19 Hub, which publishes facts and information from “scientists, physicians, academics and public health authorities around the world, as well as links to trusted sources”.

It came after the misinformation controversy kicked up a gear over the weekend when California-based songwriter Joni Mitchell joined Neil Young in requesting Spotify remove her music from its platform.

Prince Harry and Meghan Markle also published a statement on Sunday (US time) saying the couple had been “expressing concerns” to Spotify about misinformation since April last year.

The comedian and podcast host sold the exclusive distribution rights to his show to Spotify in a deal worth more than $US100 million ($152 million) in 2020.