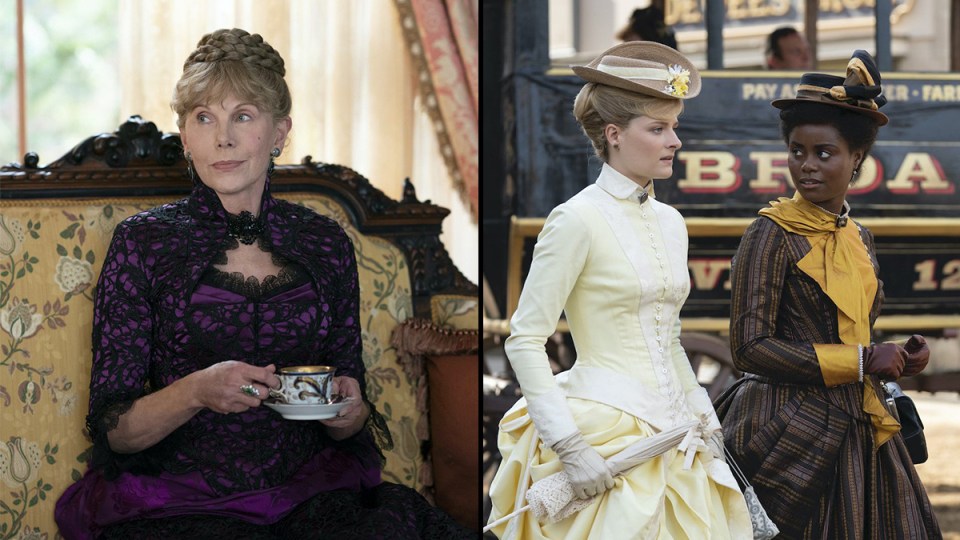 Writer Julian Fellowes has given fans yet another decadent viewing experience. Photo: HBO

The Gilded Age took 10 years to make it to the small screen.

In that time, the period drama switched networks, lost a major cast member and was shut down as the world reckoned with a pandemic.

But it nonetheless survived, bringing with it a lush story for fans to explore, infused with elegance and sumptuous drama.

The Gilded Age is set in America, something Fellowes had always wanted to do. But being English, Fellowes knew he couldn’t do the show justice without an American voice.

That’s why the series brought in co-writer Sonja Warfield, known for her work on Will & Grace.

The 10-episode series is set in the Gilded Age of the 1880s and follows the clash between “old” and “new” money.

The story begins with young Marian Brook, the orphaned daughter of a southern general who moves to New York City to live with her estranged and thoroughly old-money aunts, Agnes van Rhijn and Ada Brook.

Accompanied by new friend and aspiring writer Peggy Scott, Marian inadvertently finds herself in the midst of a social war between her aunts and her extremely rich neighbours. More on them later.

Marian must choose to follow her aunts’ established rules of society or forge her own path in the modern age.

Agnes is a proud and stubborn aristocrat who will never accept that the world around her has changed. She loathes the values associated with the new money that now fills her neighbourhood.

Her sister Ada never married and relies on her generosity.

Newcomer Louisa Jacobson stars as leading lady Marian Brook. Despite being born into an old Pennsylvania family, Marian’s father left her without a penny upon his death. She knows that her only choice is to marry well, but Marian yearns for something more.

Here’s a fun fact for you: Jacobson is Meryl Streep’s daughter. No pressure …

Moving on, Broadway’s Denée Benton (Hamilton) stars as Peggy Scott, the aspiring writer Agnes hires to be her secretary. Peggy is seeking a fresh start, while also hiding a secret. 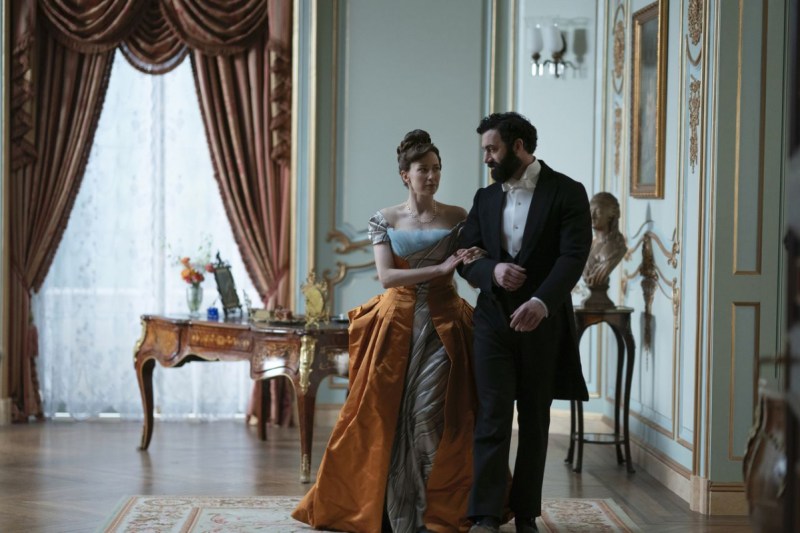 The couple come from humble beginnings, but George is a ruthless financial genius and has built himself a railroad empire.

Bertha is determined to use their immense wealth to break into high society.

We’re sure Agnes is thrilled about that.

The verdict so far

Variety found early issue with the dialogue, but ultimately judged that there is enough there to “keep viewers of the right cast of mind engaged”.

Collider gave the series a B+, and praised Coon’s “astounding” performance as social climber Bertha.

And Vanity Fair may have said it best when it wrote that the intent of The Gilded Age “is to titillate like a good gossip session might”.

Some nights, a good gossip session is all you need.

The premiere episode of The Gilded Age is streaming now on Paramount+, with the following episodes to release weekly.