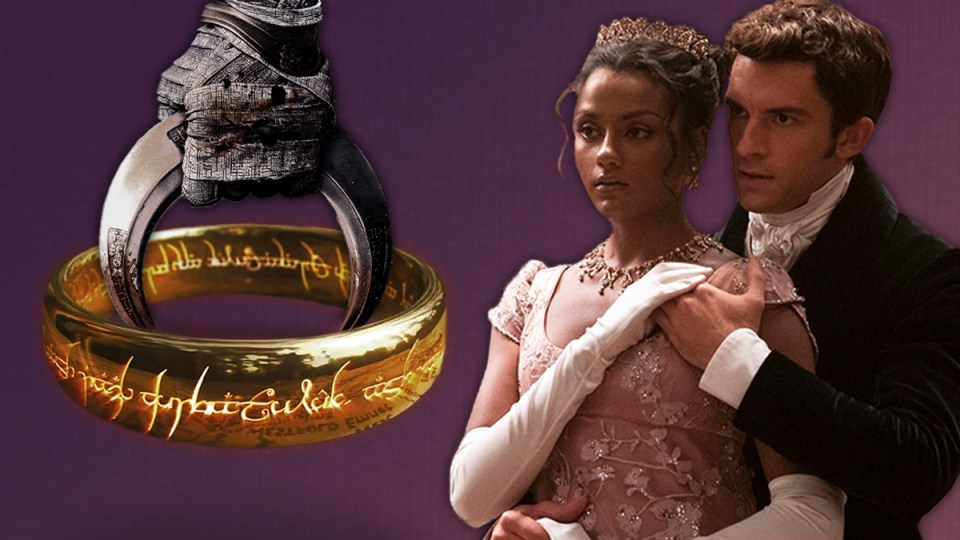 There’s nothing like the return of your favourite TV show or the promise of a new hit to distract you from the doom and gloom of the C-word.

Whether you’re trying to kill hours in isolation, or eager to escape into another world for a few hours, 2022 is going big on the small screen.

A highly anticipated fantasy series has finally given fans a title, while another show gave us a glimpse of the next Regency love story.

Here are just seven of the biggest shows coming to a screen near you.

The series will make its spicy return to our screens come March 25.

However, things will look different this season.

Daphne Bridgerton (Phoebe Dynevor) and the Duke of Hastings (Regé-Jean Page) will no longer be at the centre of the story.

Instead, Season 2 will focus on Daphne’s brother Lord Anthony Bridgerton (Jonathan Bailey) as he tries to find a suitable wife.

Dynevor will reprise her role, but Page will not.

Can you hear that? That’s the sound of our hearts breaking.

But, it appears our wounds will heal as Anthony comes head to head with the fiery Kate Sharma (Simone Ashley), who is sceptical of Anthony’s sudden swerve from renowned ‘rake’ to devoted husband to be.

Bridgerton is based on the eight-book series by author Julia Quinn. Each book focuses on a different Bridgerton sibling.

Here’s a little taste of what to expect.

On Thursday, Amazon released the title sequence for its highly anticipated Lord of the Rings prequel.

And with it came a title reveal.

The Lord of the Rings: The Rings of Power.

The series is set in the Second Age of Middle-earth’s history, thousands of years before the tales of Frodo Baggins took place.

The official synopsis teases characters, both familiar and new, as they confront the long-feared re-emergence of evil to Middle-earth.

“From the darkest depths of the Misty Mountains, to the majestic forests of the elf capital of Lindon, to the breathtaking island kingdom of Númenor, to the furthest reaches of the map, these kingdoms and characters will carve out legacies that live on long after they are gone.”

The Lord of the Rings: The Rings of Power arrives on September 2.

Check out the title sequence below.

Believe it or not, that title sequence was made without any CGI.

Amazon spent an eye-watering $US465 million ($645 million) on the first season alone, so expect big things.

Moon Knight is the latest offering from Marvel, streaming on Disney+ from March 30.

The series follows gift shop employee Steven Grant, who struggles with blackouts and strange memories of another life.

Steven soon discovers he has dissociative identity disorder and shares a body with mercenary Marc Spector.

As Steven/Marc’s enemies surround them, they must navigate their complex identities while dealing with a deadly mystery among the powerful gods of Egypt.

Oscar Isaac (Dune) sporting a British accent leads the cast, alongside Ethan Hawke (Before Sunrise) and May Calamawy (Ramy).

The Crown, critically acclaimed (yet loathed by the UK government), will return for its fifth season this November.

To show the passage of time, the cast is replaced with older actors every two seasons.

Claire Foy and Matt Smith, who starred as Queen Elizabeth II and Prince Philip in Season 1 and 2 were replaced by Olivia Colman and Tobias Menzies in Season 3 and 4.

In Season 5 and 6, veteran actors Imelda Staunton and Johnathan Pryce will take the reins.

Based on Sally Rooney’s debut novel, Conversations with Friends is set in Dublin and follows two college students named Frances and Bobbi and the strange connection they form with a married couple, Melissa and Nick.

Conversations with Friends comes after the raging success of the Normal People series, the first of Rooney’s works to be adapted for TV and gobbled up by viewers.

Normal People was the BBC’s most popular program of 2020 on the BBC iPlayer with more than 62 million streams.

The 12-episode series will premiere later this year.

It’s still unclear which Australian streamer has the rights to the show, however Stan streamed Normal People in 2020.

6. House of the Dragon (Binge)

After the final season of Game of Thrones was skewered by fans, HBO is churning out a prequel series in the hopes of reigniting the fire within.

Based on George R.R. Martin’s Fire & Blood, the series tells the story of House Targaryen 200 years before the events of Game of Thrones.

Who will be the first to die a bloody death? Stay tuned.

HBO hasn’t announced a release date just yet, but the series will stream in Australia on Binge, where you can find the HBO catalogue.

Pam & Tommy is arguably one of the more controversial shows to drop in 2022.

The series is based on the true story of how Pamela Anderson and Tommy Lee’s sex tape was stolen from their home by a disgruntled contractor … and what happened next.

Pam & Tommy has already been scorched by friends close to Anderson, including Courtney Love, who called the show “so f—ing outrageous”.

It goes without saying that Anderson and Lee are not involved with the series.

They are portrayed by Lily James (Cinderella) and Sebastian Stan (The Falcon and the Winter Soldier).

The eight-episode show is set to debut on Star, via Disney+ on February 2.

From frills to thrills, 2022 is shaping up to be another huge year for TV