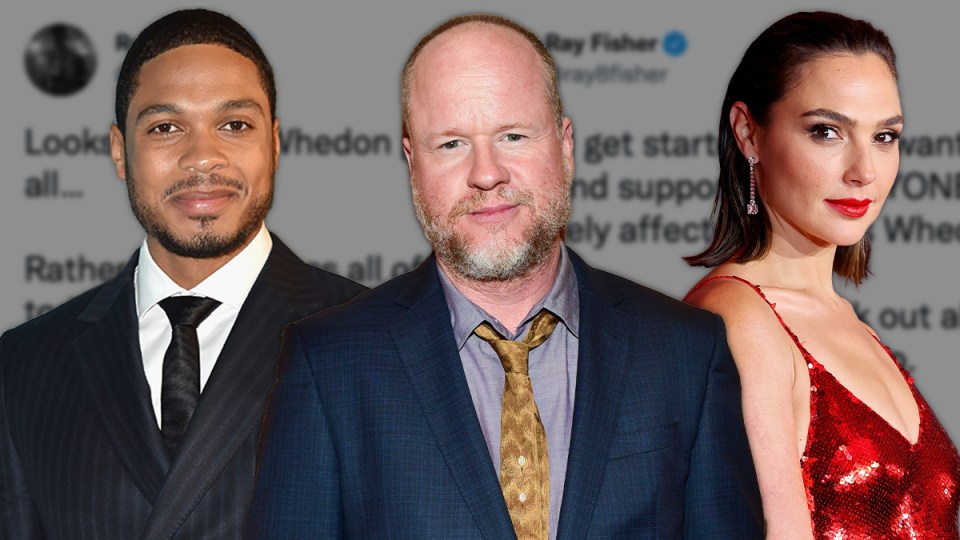 Filmmaker Joss Whedon has finally responded to the numerous allegations of misconduct against him. Photo: TND

Social media has lit up like a Christmas tree over filmmaker Joss Whedon’s baffling response to allegations of misconduct.

Whedon was engulfed in a storm of controversy after actors like Justice League’s Gal Gadot and Ray Fisher accused him of inappropriate behaviour on set.

The filmmaker behind Buffy the Vampire Slayer and The Avengers has now told New York Magazine that it was a misunderstanding.

But if the interview was supposed to do him any favours, it doesn’t appear to be working.

At the beginning of the New York Magazine feature, Whedon told journalist Lila Shapiro that he was “terrified” of “every word that comes out of my mouth”.

He probably should have stopped the interview there.

Alas, Whedon could no longer sit in silence as his legacy crumbled before him.

The man, once touted as a feminist hero for his work on Buffy, wanted to explain his side of the story (and deny most of the allegations brought against him).

He discussed his damaging childhood, his struggle to make friends as a teenager, as well as his “sex and love addiction” as an adult.

After numerous allegations of toxic behaviour on set, he ultimately concluded he was “too nice”.

A reputation in tatters

Five years ago, fans of Whedon copped an almighty shock when his ex-wife Kai Cole accused him of having “multiple affairs” on the set of Buffy.

Whedon told New York Magazine that he felt “f—ing terrible” about the affairs.

But he felt he “had” to sleep with other women and that he was “powerless” to resist.

“I’m not actually joking,” he said.

His reputation took another hit when Gadot told Israeli TV that Whedon had “kind of threatened my career” on the set of the Justice League reshoots in 2017.

Whedon took over the film following the exit of original director Zack Snyder, who would release his version of the film in 2021.

He denied the allegation and said Gadot must have misunderstood him.

“English is not her first language, and I tend to be annoyingly flowery in my speech,” he told New York Magazine.

Gadot’s response to his side of events: “I understood perfectly.”

She vowed to never work with him again or recommend him to her peers.

Fisher, who starred as Cyborg in Justice League, first spoke up against Whedon in 2020.

At the time, he tweeted that Whedon’s behaviour on set was “gross, abusive, unprofessional and completely unacceptable” and enabled by the higher-ups.

It prompted the hashtag #IStandWithRayFisher to trend on Twitter, which his co-star Jason Momoa (Aquaman) shared.

His complaints saw WarnerMedia (the parent company of the Warner film studio) launch an investigation into the Justice League reshoots.

It resulted in unspecified “remedial action” and weeks later, HBO said Whedon had withdrawn as a writer, director and executive producer on The Nevers.

Whedon told New York Magazine that Fisher’s allegations boiled down to him being a “bad actor”.

Whedon said Cyborg’s original character arc, which was mostly wiped from the 2017 movie and then restored in Zack Synder’s Justice League “logically made no sense”.

She claimed Whedon called her “fat” when she was four months pregnant and asked her if she was “going to keep it”.

Carpenter said all the joys of new motherhood was “sucked right out” of her.

“And Joss was the vampire.”

Whedon regretted some of his interactions with Carpenter but, for the most part, he thought they had been “delightful and charming”.

Apart from these three allegations, New York Magazine also spoke to dozens of other cast and crew members with similar experiences.

One Firefly writer claimed Whedon once called a meeting to spew “vicious mockery” after a colleague turned in a script.

“He [Whedon] read her dialogue out loud and pretended he was giving a lecture on terrible writing,” they said.

The internet has not been kind to Whedon, to say the least.

Many readers simply questioned why he took part in the interview in the first place.

Or why, instead of accepting any criticism, he decided to shift the blame to everyone else.

Fisher also had his say.

On Twitter, the actor thanked his fans for their support before promptly scorching Whedon for his interview.