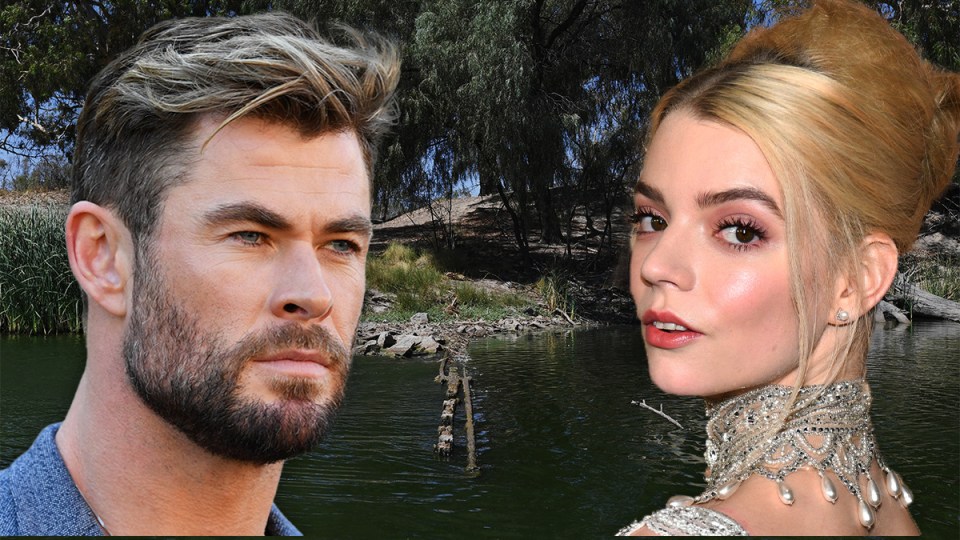 Regional NSW will be home for hundreds of cast and crew over coming months for Mad Max prequel Furiosa. Photo: AAP/TND

In what is expected to be the biggest film ever made in Australia, the cast and crew of Mad Max prequel Furiosa are one step closer to packing their bags and hitting regional New South Wales for an extended stay.

According to reports from businesses from the Murrumbidgee River to outback towns around Broken Hill, entire caravan parks, Airbnbs and hotels have been visited by location producers and many have been booked.

The dates are something of a moveable feast given COVID-19 disruptions, but mid-March to June is when location shooting is likely to get under way.

The Hay Caravan Park confirmed to The New Daily on January 17 that producers have booked its powered sites and nine cabins, including enough room for between 40 to 50 Winnebagos on a 2.5-hectare site.

Hay, a town of some 2500 people nestled on the Murrumbidgee River, could do with an injection of tourism dollars, and its proud locals are beyond excited.

According to Screen NSW, securing the production of Furiosa in NSW was an “important win” for the state and the NSW film industry.

“With NSW employing 56 per cent of the Australian screen industry, the production is expected to support more than 850 local jobs and bring around $350 million into the NSW economy.

“Filming [is] set to take place in a number of locations including in Western Sydney and regional NSW,” a 2021 statement read.

Further north, Peter and Patsy Price, owners of the Silverton Hotel, told The New Daily on January 13 they can’t wait for the 800-odd cast and crew – including A-lister Chris Hemsworth (Thor) to dust up their iconic little town, generate beer sales and revitalise the tourism industry.

“Chris Hemsworth will steal the show, which is great … [we’re] looking forward to being involved in our little community [with] 800 cast and crew hanging out at different times at the Silverton Hotel.

The pub, located in the centre of the town of 35 and four donkeys (about 26 kilometres north-west of Broken Hill), will provide a perfect oasis after a hard day on the tools.

“Apparently filming will take place over two months so I am sure wherever [Hemsworth] goes there will be plenty wishing to make contact.

“We have a picture in the pub of Mel Gibson [who starred as the original Mad Max in 1979] playing cards on the bar 40 years ago and I will be trying to have one with Chris in the same spot with the same window curtains still in place,” says Mr Price, already thinking tourism and marketing strategies.

“This is a big thing for Silverton.

“We have done a lot of work on our infrastructure at the hotel and have catered for large numbers over the years. But this will test us, especially with staffing which is a major issue in Australia at the moment, but we have a great range of friends who we may have to call on.

“Silverton and Broken Hill have suffered over the last couple of years like many business and communities, so we will very much embrace filming in our back yard,” he said.

The long-awaited prequel to George Miller’s Academy Award-winning Mad Max: Fury Road (2015) will not see Charlize Theron reprise the role, with Anya Taylor-Joy (The Queen’s Gambit) taking over, and Tom Burke (who played Orson Welles in Mank) joining the cast.

“I fell in love with Furiosa because of the way Charlize presented her,” Taylor-Joy said.

“She did such an incredible job. It was so beautiful. I can’t even think about trying to step into her shoes. It has to be something different because it just can’t be done,” she told Indiewire in two months ago.

“I’m so committed to working as hard as I possibly can. I always said that I wanted a role that I would have to give everything to; it wouldn’t just be my mind but my body, what I’m doing with myself when I’m not on set.

“I’m so excited for that and to push myself past the limits of what my brain thought was possible.”

Miller has previously said it was great to see the Mad Max franchise return to Australia.

“The support of the federal and New South Wales governments was pivotal. They made it possible for the film to be green-lit, shot in Australia and for the production to be based in our home state,” Dr Miller said in April.

According to the latest production update, Sydney-based Kennedy Miller Mitchell Films’ Furiosa is officially still in the “development/pre-production” stage.

If the film franchise’s catalogue of 2016 nominations and awards is anything to go by – Mad Max: Fury Road was nominated for 10 Academy Awards, winning six including for production design, sound mixing and editing and costume design – the hugely anticipated film should see box office receipts skyrocket.

Fury Road reportedly made $375 million against a total production cost of up to $185 million.

Meanwhile, back to the outback.

According to Indiewire, Hemsworth said at a press conference for the film in April, “[Working on Furiosa] is the biggest pinch-myself moment, because I’ve grown up watching it [Mad Max] and it’s so iconic.

“It is a huge honour. A lot of pressure, but exciting pressure that is certainly motivating.”

He will be receiving equal amounts of pressure from the publican Mr Price, especially when it comes to cast and crew drinks at his pub.

“The first will be free and then he’ll have to shout the bar, but I am looking forward to him generating some beer sales for me,” Mr Price said.

Beyond Hollywood: NSW towns are stocking up as Mad Max prequel Furiosa is about to hit the road