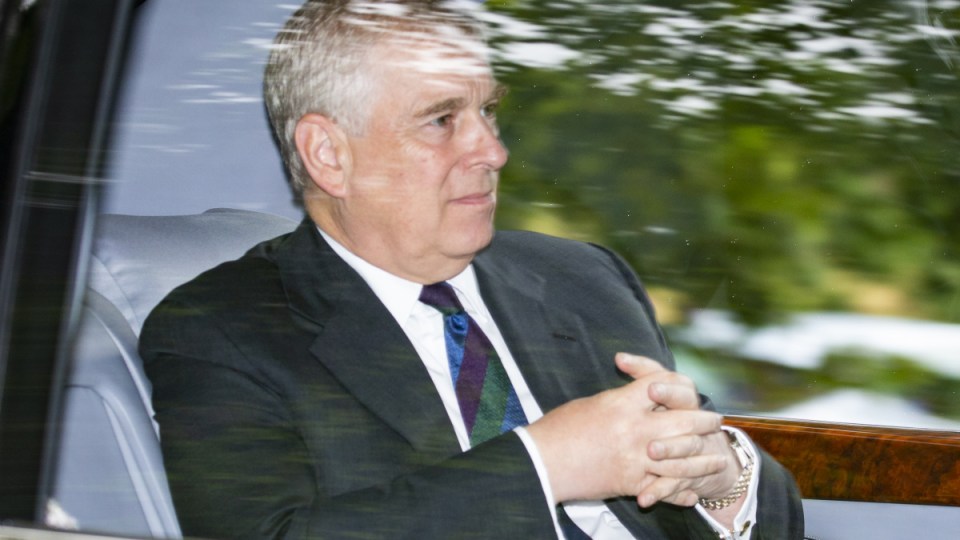 Prince Andrew faces the possibility of facing a civil court in the US later this year to answer the charges. Photo: Getty

Prince Andrew has failed to persuade a US judge to dismiss a lawsuit against him, which could lead to him facing a civil trial in New York later this year.

The lawsuit of Australian Virginia Giuffre accuses the Duke of York of sexually abusing her when she was underage, and being trafficked by the late financier Jeffrey Epstein.

In a decision made public on Thursday (AEDT), New York District Judge Lewis Kaplan said Giuffre, 38, was entitled to pursue claims that the Duke allegedly battered her and intentionally caused her emotional distress.

Essentially this means that litigation can proceed, with the 61-year-old British royal possibly finding himself in a US federal court later this year to face a civil trial.

Following the verdict, Vanity Fair reported Ms Giuffre’s lawyer David Boies said: “Ms Giuffre is, of course, pleased that Prince Andrew’s motion to avoid a trial has been denied, and that the evidence will now be taken concerning her claims.”

“She looks forward to a judicial determination of the merits of those claims,” Mr Boies said.

Although the claims have not yet been proven and the prince is not accused of criminal wrongdoing, his ties to Epstein have damaged his reputation and cost him many royal duties, after stepping away from public life in 2019.

A spokesman for Buckingham Palace declined to comment on Judge Kaplan’s decision.

But by all accounts, Prince Andrew has options.

He can appeal against the ruling and try and have the case dismissed, or he could settle to avoid sensational headlines that continue to damage the reputation of the royal family.

Some say the negative headlines generated by the case may be seen as more costly than a settlement.

Prince Andrew has denied Ms Giuffre’s accusations that he forced her to have sex more than two decades ago at a London home of former Epstein associate Ghislaine Maxwell, and abused her at Epstein’s properties in Manhattan and the British Virgin Islands.

Epstein was found dead in a Manhattan jail cell in 2019 while awaiting trial on sex trafficking charges, in what New York City’s medical examiner ruled a suicide.

Maxwell, 60, was convicted on December 29 of recruiting and grooming girls for Epstein to abuse between 1994 and 2004.

The judge said it was premature to consider Prince Andrew’s efforts to “cast doubt” on those claims, although the Duke could do so at a trial.

Judge Kaplan said it was also too soon to decide whether Ms Giuffre and Epstein “clearly and unambiguously” intended to release people like Prince Andrew through a 2009 settlement agreement resolving Ms Giuffre’s lawsuit against Epstein.

In his 44-page decision, Judge Kaplan said the “muddled” language in Ms Giuffre’s and Epstein’s settlement agreement suggested they may have arrived at “something of a middle ground” on whether to shield Prince Andrew or others from future lawsuits.

“We do not know what, if anything, went through the parties’ minds,” Judge Kaplan wrote.

“The parties have articulated at least two reasonable interpretations of the critical language. The agreement therefore is ambiguous.”

Settlement agreements can restrict plaintiffs like Ms Giuffre from pursuing further litigation, even against third parties.

Ms Giuffre had sued Prince Andrew in August, less than a week before the expiration of a state law giving accusers a two-year window to bring claims over alleged child abuse occurring long ago.

Judge Kaplan called that window, which was extended by a year because of the COVID-19 pandemic, “a reasonable measure for remedying injustice to victims” of child sex abuse.

What happens next and could the case even get to trial?

Since the judge’s ruling dealt only with a few preliminary issues, there is more ground to cover before the case gets to trial, including an appeal.

They will have opportunities to try to get the case dismissed on other grounds.

As the case develops, the two sides must exchange potential evidence – such as emails, text messages and telephone records – and submit to depositions at which lawyers can question potential trial witnesses.

Ms Giuffre has been through many such depositions before in lawsuits against Maxwell and other people, but Prince Andrew has never been questioned about the matter under oath – something he may want to avoid at all costs.

Once the exchange of evidence concludes, defence lawyers often make a new request to toss out the case judging by what they’ve learned.

The judge then makes rulings that may help lawyers understand the risks of going to trial.

Before trial, a judge rules on what evidence can be shown to a jury, giving lawyers another chance to assess their chances of scoring a victory before a jury.

Prince Andrew has some incentives to settle the case quickly, rather than let Ms Giuffre’s lawyers seek to question him under oath, which could cause him problems later.

Any such deal would probably not elicit any admission of guilt or accountability.

The likely outcome is that most civil litigation in the US ends in some sort of settlement.

Dozens of women, for example, have filed lawsuits against Epstein and one-time movie mogul Harvey Weinstein.

None so far have resulted in a trial.

What’s next in Prince Andrew’s lawsuit after US federal judge rejects his bid to dismiss case?