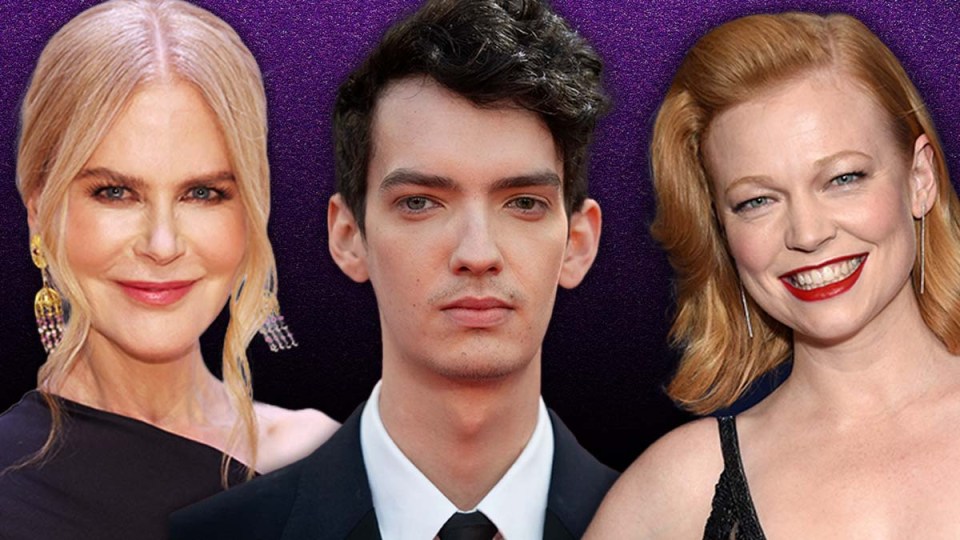 The Golden Globes 2022 takes time away from the spotlight to repair its reputation as three Australians receive best actor awards in their categories. Photo: TND

In just under two hours, the once-glamorous, glitzy and often outrageous Golden Globes Awards ceremony at the Beverly Hilton Hotel ballroom was over.

Present were members of the Hollywood Foreign Press Association wearing black tie and simple gowns, with recipients of the group’s philanthropic grants announcing the winners via a somewhat emotionless live blog for its 79th edition on Monday at 1pm (AEDT).

Absent was the heart and soul of the Globes – the celebrities, the stars, the media broadcast in real time, the talented scriptwriters and musicians and directors who created the movies and shows we fell in love with over summer.

No red carpet, no red wine or whisky shots at lavishly decorated tables of 10, no heckling, no irreverent but hilarious Sacha Baron Cohen-esque speeches (he won a best actor gong for Borat in 2007) we have traditionally come to enjoy at the Oscars prequel event.

No Ricky Gervais monologue and targeted ridicule of celebrities in his hosting duties.

After receiving heavy criticism last year when the Los Angeles Times reported the HFPA, the body that presents the awards, had no Black members, the broadcast of this year’s award ceremony was subsequently dropped by US network NBC.

Tom Cruise returned his three gold statuettes, while other A-listers condemned the group on social media.

They pledged reform last year, and the press association claimed that in the months since its 2021 show, it has remade itself, adding speaker and entrepreneur Neil Phillips as its first chief diversity officer.

They overhauled its board and inducted 21 new members, including six Black journalists.

As Variety magazine lamented the once-lavish ceremony where surrounding streets would be blocked off for hours, “tonight, tumbleweeds may as well have blown through the marble corridors”.

“By far my favourite image of the night came before the doors were sealed for the 6pm start of show, when a couple marched right through the check-in line of guests in formal wear donning their Hilton hotel bathrobes, carrying books and towels from an afternoon by the pool.”

So did the HFPA get it right?

There was much at stake for the foreign press association at Monday’s ceremony.

In a bid to stave off further bloodshed, the Globes announced on its blog just moments before the awards were announced: “Tonight we’re excited to hold the spotlight on several HFPA Grantees: Streetlights, Get Lit, St Elmo Village and Las Fotos Project.

“Leaders and organisers from these (and more) amazing organisations will be involved all throughout the night,” they announced, keeping true to their word that the “visibility of projects from artists of diverse racial and ethnic backgrounds” would be front and centre, and that there would be “diverse representation in the industry”.

Halloween scream queen Jamie Lee Curtis and Arnold Schwarzenegger (The Terminator) were the only two celebrities who spoke in promotional videos on the Golden Globes’ Twitter account, supporting the HFPA and its philanthropic work.

“I am proud to be associated with them in this venture,” Curtis said.

“They do so at a very low-key, off the record, evening of giving. I’ve been the lucky host of that evening a couple of times. And so I just wanted to honour and stand with them in this continued advocacy.”

Schwarzenegger praised the HFPA’s support of diverse voices, and winning New Star Of The Year in 1977, which helped solidify his place in Hollywood.

“My dream of being the best in my category was becoming a reality,” he said. “So this recognition from the Hollywood Foreign Press Association meant the world to me.”

We missed out on seeing Nicole Kidman accept her Best Actress award for playing Lucille Ball in Being the Ricardos.

We missed Jane Campion walking to the stage to accept her best director award and Kodi Smit-McPhee (supporting actor) for The Power Of The Dog, and South Australia’s beloved Sarah Snook for her best supporting actress gong in TV series Succession.

But does it matter?

In an exclusive interview before the ceremony with London’s Sun newspaper on January 7, Gervais said: “They’re trying to get through this and start again”.

“It’s not even a ceremony.

“You can’t predict anything in this world. They could come back stronger than ever and be loved again or it could be the last one,” he said.

Social media users echoed many sentiments about the coverage: “I’m sorry this couldn’t be televised tonight for many reasons. Maybe next year. But please don’t ever do this again. It was utterly PAINFUL!”

As the Globes serves its time away from the spotlight to repair its damaged reputation, Mr Phillips said: “This is a necessary phase of progress, realising meaningful and lasting transformation.”

“Action and change requires action and being.”

Here’s the full list of winners from Monday’s ceremony:

Best picture, drama: The Power of the Dog

Supporting Actor: Kodi Smit-McPhee, The Power of the Dog

Director: Jane Campion, The Power of the Dog

Spain and Portugal see major leaps in monkeypox infections
Peter Dutton touted as next Liberal leader as he claimed victory in Dickson
Volodymyr Zelensky: How war will end as Ukraine ‘breaks backbone’ of Russian army
Jim Chalmers decries Coalition waste as Labor hits the hustings amid downpours in Queensland
Anthony Albanese, Scott Morrison cast their votes in Sydney
Australian aces at French Open out to show there’s life after Ash Barty
I’m A Celebrity, Australia: The secret ingredient making this year’s jungle camp like no other
Today's Stories

Is the Golden Globes awards night on the road to redemption after low-key ceremony?