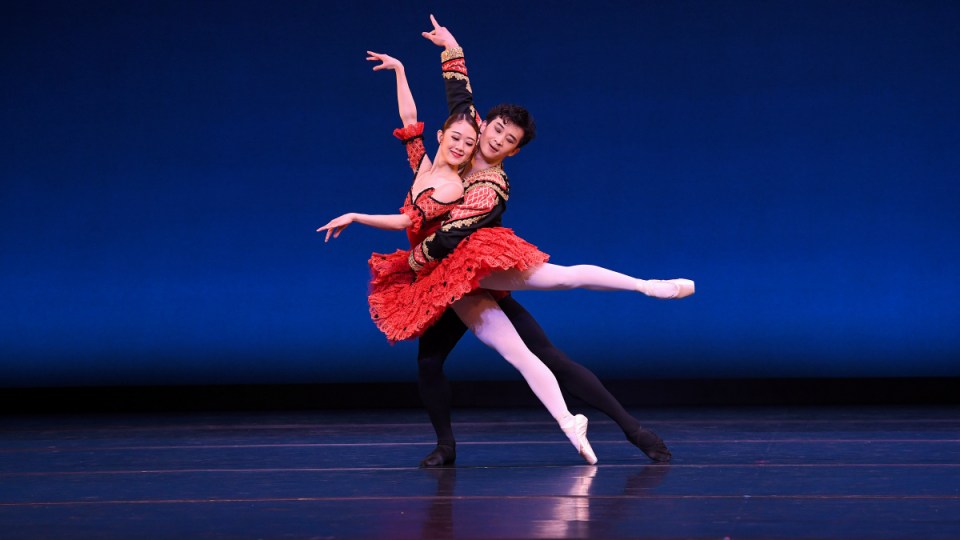 Celebration Gala is the Australian Ballet's thank you present to Sydney. Photo: AAP

Tutus and tights are back. So are plies and entrechats, hair buns and dance belts.

After a challenging year that saw 70 per cent of its 2021 season postponed or cancelled, the Australian Ballet is returning to the Sydney Opera House for some seriously swanky pre-Christmas elevation.

Featuring pas de deux from both classical ballets and edgy contemporary works, Celebration Gala is the company’s thank you present to Sydney – and, next month, Melbourne – for keeping the faith throughout COVID.

“There have been so many lockdowns, we’ve sort of lost track,” artistic director David Hallberg quipped while taking a break from overseeing rehearsals.

We're back! Chookas to all involved in the opening night of our Sydney Celebration Gala tonight ✨✨✨

“It’s been a long, long haul, but the dancers belong on the stage and it’s time to get them back under the lights.”

During the most recent lockdown, the Melbourne-based company received an exemption from the Victorian government, which enabled dancers to continue training, although they were required to adhere to “very strict guidelines” within the studio space.

“That kept things ticking along, so although we weren’t performing, we could train and rehearse,” Hallberg said.

The fruits of all that maintenance and preparation will be on display in Sydney from Thursday until December 3, and in Melbourne at the Arts Centre from December 9 to 18.

Our 2022 Season will be worth the wait. Season packages are now on sale: https://t.co/BtUYgHUfAW pic.twitter.com/xXJpTxL7Co

Sydneysiders can expect to be wowed by Swans, White and Black, from everybody’s favourite ballet, Swan Lake, as well as a pas de deux from Anna Karenina, which forms part of the company’s 2022 season.

Based on Leo Tolstoy’s 1878 canonical novel of love and death, the ballet is choreographed by former Bolshoi Ballet dancer Yuri Possokhov and features a score by multi-award-winning composer Ilya Demutsky.

Hallberg, who was the first American dancer invited to join the Bolshoi Ballet as a principal artist, first met Possokhov while in Moscow.

A co-production between Chicago’s Joffrey Ballet and the Australian Ballet, Anna Karenina had its world premiere in the Windy City in 2019.

Now it’s Sydney and Melbourne’s turn, after the work had its Australian premiere in Adelaide earlier this year.

“It’s a visual feast and a virtuoso display of dancing,” Hallberg says.

“Anna Karenina shows the power of storytelling through the beauty of dance.”

Meanwhile, Melbourne audiences will be treated to Serenade by the legendary co-founder of New York City Ballet, George Balanchine, and an excerpt from Artifact Suite by the radical American choreographer William Forsythe.

Too contemporary? Relax, Black Swan will make an appearance, although there’s no sign of White Swan, which is concerning – was she dispatched by her love rival in Sydney?

Also on the program is a pas de deux from The Merry Widow, a ballet based on Franz Lehar’s popular operetta, which the esteemed British choreographer Ronald Hynd created for the Australian Ballet in 1975.

For tickets, including a Black (Swan) Friday offer, go to australianballet.com.au