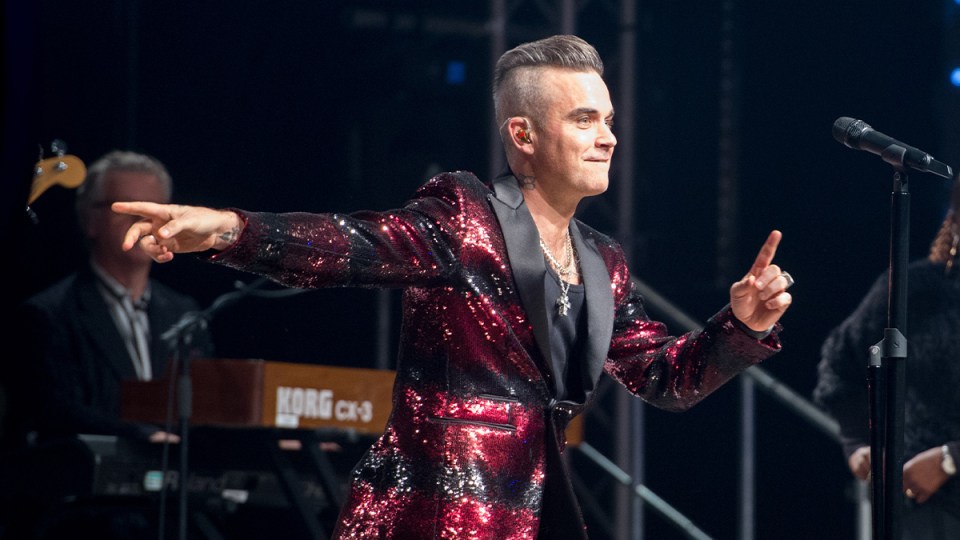 A biopic about the life of entertainer Robbie Williams is coming. Photo: Getty

A biopic about the life and career of entertainer Robbie Williams is set to be filmed in Australia next year, with casting underway.

An Australian, or four, could be cast as the star’s bandmates from his early 1990’s stint with boy band Take That.

The 47-year-old British singer is expected to move to Australia during the production, which is set to begin in March.

Reports the project would be made in Victoria have been confirmed by a casting call on talent website Star Now.

A job post from Telford Leonard Casting closed on Friday, but revealed key details about the project.

Casting directors from Melbourne were seeking actors resembling members of Robbie’s boy band Take That for the film Better Man.

“We are searching Australia wide for look-alikes to appear in the feature film of Robbie Williams’ life,” it read.

Better Man is also seeking a Liam Gallagher look-alike, to play the lead singer of the band Oasis.

The casting call confirmed rumours earlier reported by The Sun, including the location and production dates of the project.

Gracey, who also co-wrote the script, told Deadline in April the movie would portray Williams as the “everyman” and feature re-performed versions of his music catalogue.

“Unlike some people who were born prodigies or musical geniuses and you follow the narrative of the world catching up to their brilliance, this isn’t that story,” Gracey said.

“Robbie is that everyman, who just dreamed big and followed those dreams and they took him to an incredible place.

“Because of that, his is an incredibly relatable story. He’s not the best singer, or dancer, and yet he managed to sell 80 million records worldwide.”

Supporting actors are required to nail Manchester accents, but do not necessarily need to be able to sing.

There will be a strong CGI component to the film, with Deadline reporting a big-name actor will not be cast to play a young Robbie Williams.

For those who missed the boy-band craze of the 1990s, the casting call also suggested would-be stars should “google for photo references” to determine if they look like the Take That crew.

Telford Leonard Casting has not responded to request for comment.