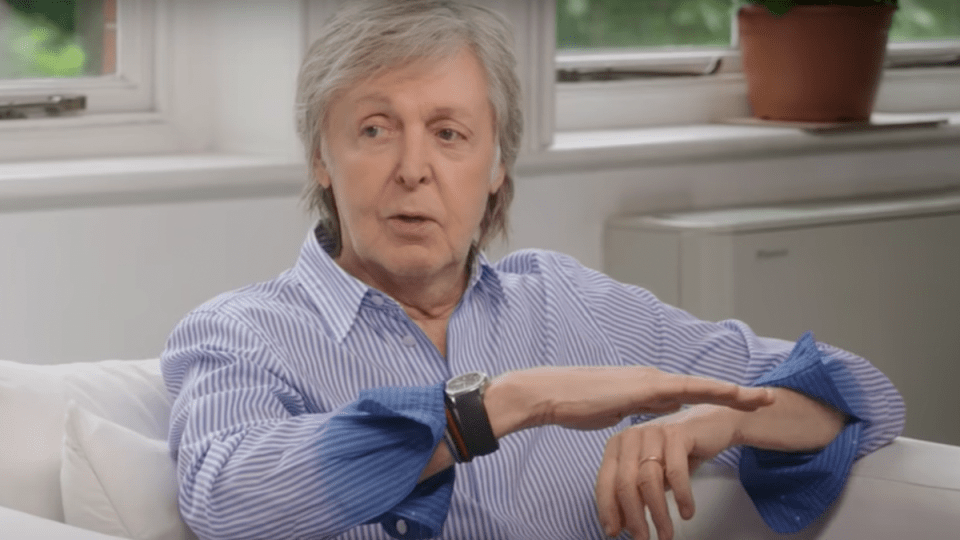 Paul McCartney has revealed his go-to sandwich recipe in an interview - and the ingredients might not be what you'd expect. Photo: YouTube

The Beatles star Sir Paul McCartney might be a legend in the music industry, but it seems his talents might fall short in the kitchen.

In an interview with comedian Romesh Ranganathan to promote late wife Linda’s cookbook Family Kitchen, McCartney divulged what he considers to be the ‘perfect sandwich’ – and it’s not for everyone.

McCartney’s ‘go-to’ recipe is a lot to digest.

The key ingredients are Marmite, hummus, cheese and lettuce, all on a honey mustard bagel.

McCartney meticulously explained the method behind the sandwich.

First, he cuts the bagel into three layers.

McCartney then said the bottom layer starts with Marmite – followed by lettuce.

He explained each layer of lettuce provided a protective “barrier”, preventing components from falling through the cracks.

“So the bottom layer I put Marmite on and then I would put a little bit of lettuce, because I’m going to put hummus on but it’s going to go through the hole if I don’t put lettuce on,” he said.

From there, McCartney said he added bits and bobs on each layer, depending on his appetite.

“Then you go back to your lettuce barrier, because there’s another hole on the top, remember, so you’ve got to protect it from that. Then I put on honey mustard.”

McCartney’s daughter Mary chimed in: “In a McCartney sandwich, we are not afraid of a condiment.”