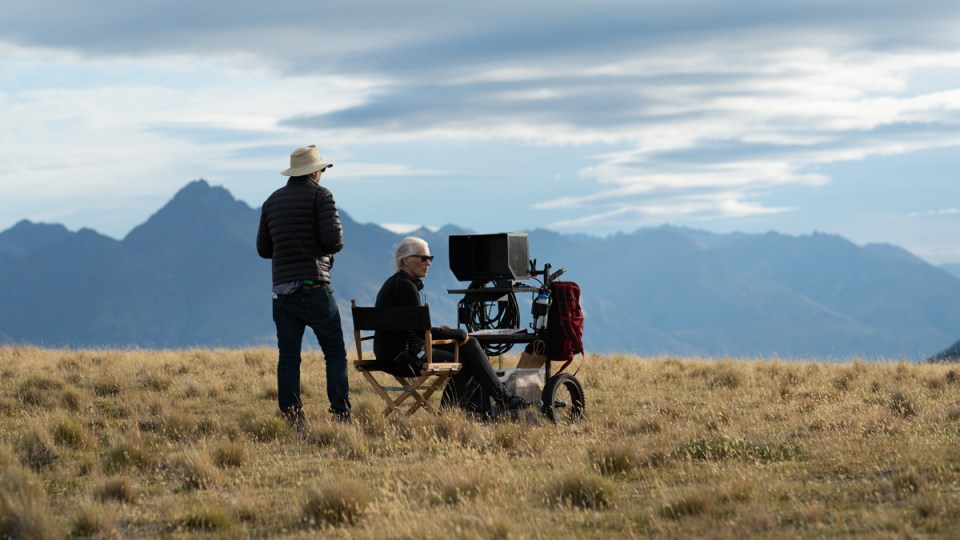 Back where she belongs, Jane Campion on set filming a big-screen feature. Photo: Netflix

She’s never really been away from telling stories, but when New Zealand born film director – and icon of the Australian film industry – Jane Campion had the opportunity to make her first feature after a 12-year break, she couldn’t wait to get started.

Introducing Netflix original The Power of the Dog at the 59th New York Film Festival last month alongside her cast, including Benedict Cumberbatch (Avengers, The Imitation Game) and Kirsten Dunst (Spiderman, Hidden Figures), Campion, 67, told the audience it was very rare to find a book where the themes, stories and characters “worked so well together”.

“It’s not such a famous book but one that has been overlooked … the narrative joined together to expose each other … I felt, God I’ve read a great book … and after a few weeks I wondered, who owns the rights,” she laughed.

They found the rights owner in Canada, called him, and Campion, who made her first feature in 1989 (Sweetie), was given the opportunity to adapt and direct the story, based on the 1967 novel by Thomas Savage, of two wealthy brothers who go ranching in the Montana of 1925.

Cumberbatch, who describes Campion as a great filmmaker and a “very powerful woman in our industry”, was cast in the lead role of Phil Burbank.

The official Netflix synopsis says the “Burbank brothers are … at the Red Mill restaurant on their way to market, the brothers meet Rose (Dunst), the widowed proprietress and her effeminate son and aspiring doctor Peter (played by Australian actor Kodi Smit-McPhee)”.

“Phil behaves so cruelly he drives them both to tears, revelling in their hurt and rousing his fellow cowhands to laughter – all except his brother George, who comforts Rose then returns to marry her.”

Campion says she had to find somebody who would play Phil Burbank: “He’s a cruel, suppressed man and it’s a hard role to take, Americans usually want to play heroes.

If the trailer tells us anything, it is about Australian actor Smit-McPhee, 25, who is definitely the star on the rise, playing the shy cowboy Peter who makes paper flowers and struggles with the masculine identities of the fellow ranchers.

Entertainment Weekly said on October 15 his performance (after 10 years in the industry, with his first film, The Road, in 2009) was “mysterious and unforgettable”.

“I feel as if the audience will kind of underestimate Peter. He surprised me,” Smit-McPhee says.

“I love the idea that [you’re] always wondering what Peter’s thinking, or where he came from to become the person he is.”

Campion’s veteran directorial style challenged his acting abilities, admitting it taught him to “have a lot more courage and belief” in himself.

“What surprised me is the process of surrender … you’ve got to go for it and try new, crazy, weird things. I think that’s what made Peter really special, and I think it’s what’s going to make any character I play after this really special,” he told EW.

The critics think he’s really special, all concluding his performance was “simply extraordinary” in the “exquisitely crafted” film, according to David Rooney from The Hollywood Reporter.

“Peter’s desire is the mystery at the centre of a rivetingly tense movie”, says Indiewire.

“Sure, I’m a straight man, but I’m extremely in touch with my feminine side,” Smit-McPhee told Indiewire in September.

“I was raised by my mother and my sister. Of course, my dad has a huge masculine influence on my life but he could never really take me away from the feminine side that I just intrinsically have in myself.

“It was just a matter of bringing it out … and letting it be in the world. It was a really experimental but beautiful thing to do.”

Jane Campion, who also shot multi-award winning film The Piano in New Zealand, won the Silver Lion Award for Best Director after the world premiere of the Australian-New Zealand co-production The Power of the Dog at the Venice Film Festival.

In a five-star review for the BBC, Nicholas Barber wrote that while there are “echoes” of The Piano in the main characters of The Power of the Dog, the latter was “darker, stranger, and horribly gripping in its own right”.

“Rather than hurrying along the plot, Campion immerses the viewer in a world that seems creepy to the point of being supernatural, but also completely real. Much of the film is shot in natural light, with plenty of sensual close-ups of sweat and grime,” wrote the BBC’s Nicholas Barber.

In her acceptance speech, she said she went “round the world and back again to find this character [Cumberbatch], to strip himself bare, and play Phil Burbank, whose suppression made him cruel and fragile, also with yearning.”

As with Campion’s The Piano, Smit-McPhee says with The Power of the Dog, “there’s a similar theme of hanging on the edge of your seat, but also watching this almost choreographed, cinematic dance unfolding in front of you.”