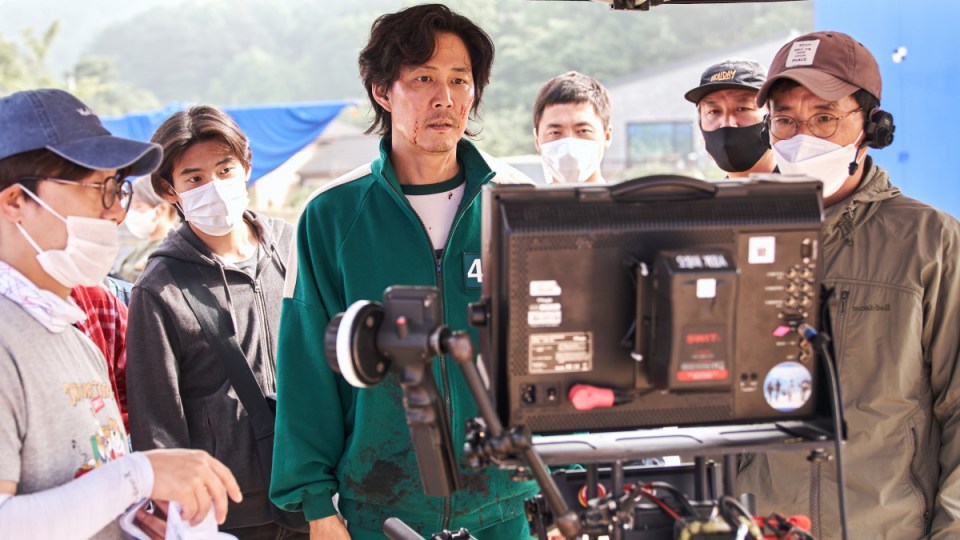 Survival of the fittest. The show's creator did promise Lee Jung-jae will return as the main character Seong Gi-hun. Photo: Netflix

Squid Game fans, who have already clocked up a massive three billion minutes of screen time, can settle in because season two is on its way.

“There’s been so much pressure, so much demand and so much love for a second season. So I almost feel like you leave us no choice!” he told The Associated Press.

“But I will say there will indeed be a second season. It’s in my head right now. I’m in the planning process currently.”

Based on the premise that 456 cash-strapped contestants play childhood games with deadly consequences in a bid to win 45.6 billion won ($52 million), even Amazon founder and billionaire Jeff Bezos couldn’t help but heap praise on the concept, calling the work “impressive and inspiring”.

However, with no official confirmation yet from Netflix – it only cost $US21 million ($28 million) to make – Hwang was short on detail.

When will the show come back? How will season two look? Will it still be centred on every game being a Korean traditional children’s game such as Red Light, Green Light, or will the sequel series take another mysterious, deadly turn?

What Hwang did promise though, was that lead actor Lee Jung-jae will return as the main character Seong Gi-hun.

“I do think it’s too early to say when and how that’s going to happen. So I will promise you this, Gi-hun will come back,” he said.

“He will do something for the world.”

Storylines which may get the green light or the red light

We know – oh, and this is a spoiler alert – 455 people die in the first series, leaving just one person alive after one character escapes the secret island and alerts the coast guard and police.

In a Zoom interview with The Times in October from his base in Seoul, Hwang says he’s interested in exploring the role of Korean police given it’s all about the contestants in the first season.

Re-examining the Darth-Vader style mastermind behind the cruel game, known as the Front Man, also has his attention.

“While I was writing season one, I thought about the stories that could be in season two if I get to do one – one would be the story of the Frontman,” Hwang said.

“I think the issue with police officers is not just an issue in Korea.

“I see it on the global news that the police force can be very late on acting on things – there are more victims or a situation gets worse because of them not acting fast enough.

“This was an issue that I wanted to raise. Maybe in season two I can talk about this more,” Hwang told The Times.

Adds People: “The ominous Front Man finally takes off his mask toward the end to reveal who he is and how he got to be the head of operations for the games.

“His true identity leads to complicated family issues that have fans wondering if they’ll explore his backstory in season 2.”

Not many series are this cheap to make

Citing figures from an internal Netflix document on October 18, Bloomberg says about 132 million people had watched at least two minutes of the show in its first 23 days, easily breaking the record set by British costume drama Bridgerton, which was streamed by 82 million accounts in its first 28 days.

California-based Netflix estimated 89 per cent of people who started the show watched more than one episode, and 66 per cent finished watching the series in the first 23 days.

Squid Game “stands out both for its popularity, and its relatively low cost”, Bloomberg says, with each episode costing an average $2.3 million to make, and ultimately generating 1.4 billion hours of screen time for season one.

A Netflix spokesperson told The New Daily on Wednesday: “A second season is in discussions, but not confirmed yet”.

‘You leave us no choice!’: Squid Game’s chilling horror story set to return for another season