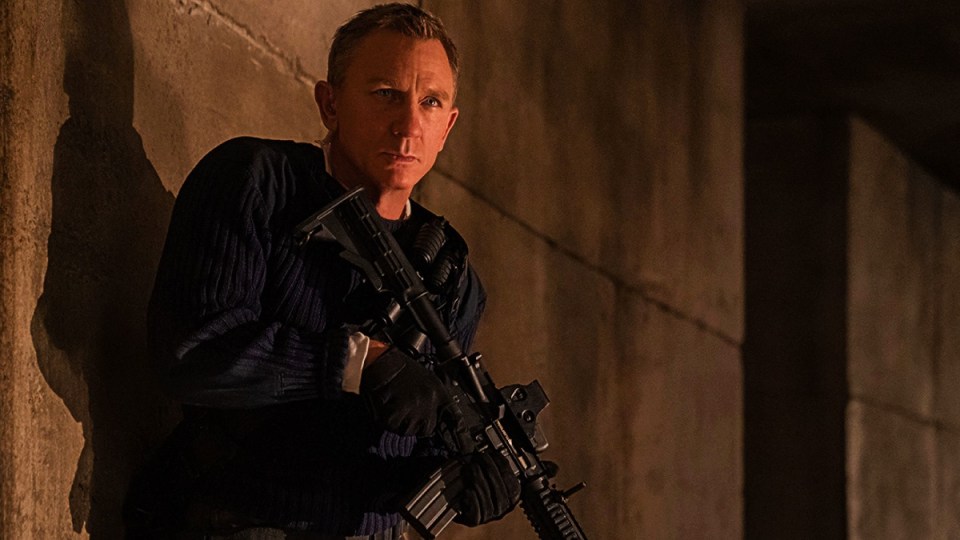 Daniel Craig’s Bond has given the agent a humanity and emotional complexity while never surrendering his lethality. Photo: Universal Pictures
review

The name is Craig, Daniel Craig, and it is no secret that this 007 mission, his fifth in 15 years, is his last.

The question is: How will he vacate the role with enough style to leave us wanting more, and enough space for someone to follow?

There will be no plot spoilers here; it is enough to say that he does so at a thrill a minute and with not just charm and heart but an epic touch worthy of the James Bond brand.

The opening 10 minutes of a Bond film are typically action packed.

When Craig introduced himself to the world in Casino Royale (2006), it wasn’t long before he was in a high-rise parkour chase across building sites in the slums of Madagascar.

In the first moments of Spectre (2015), Bond made his way through a Mexican Day of the Dead parade, weaving through crowds in ghoulish masks in pursuit of a target.

This is much quieter, although by the time the opening credits roll, so much has happened it is hard to believe we are just getting started.

Bond has dropped out, his number has been reassigned – to a black, female agent – and he is living in bliss with Madeleine (Léa Seydoux), whose father was an operative in the criminal organisation Spectre.

They love each other but she has secrets, and in a bid to lay both their pasts to rest he visits the grave of his former love, Vesper, asking her forgiveness.

Then a bomb goes off.

Who knew he was there? Only Madeleine. If Bond had trust issues before, he has even more now.

Five years on Bond is alone again, Spectre is still in the game, led by arch enemy Ernst Blofeld (Christoph Waltz) from his madhouse cell.

The futuristic technology now encompasses ingenious nanobots that on the one hand MI6 thinks are the perfect weapon because they are harmless to everyone but the target who is attacked through their DNA.

On the other hand, Spectre has re-engineered them so it can wipe out pretty much the whole world.

The issue of tone is key to the success of a Bond film and it is a mirror of its time.

The early Bond movies with Sean Connery in the lead were delightfully suave; this was an agent who liked to employ his licence to kill with one hand while the other held a martini. Or a woman.

Move to a new century and a male chauvinist Bond who discards beautiful women and treats them as dispensable no longer cuts it.

The genius of Craig’s Bond has been to give the agent a humanity and emotional complexity while never surrendering his lethality.

He still likes a martini shaken, not stirred, but the joke is in the background.

He loves and sometimes he doesn’t leave and the women have their own lives, bringing more than just adornment.

No Time To Die has a very witty script with funny lines that never undermine the gravity of it all.

There is a truly delightful segment in which Bond teams up with Paloma (Cuban actor Ana de Armas), an enchanting spy operative who confesses she has had three weeks training and is a bit nervous about taking down Spectre with him.

After it’s over, instead of going to bed with her, Bond shakes her hand and offers his congratulations.

Back at HQ the team has his back, none more so than Q (Ben Whishaw), the quartermaster in charge of the trinkets that give his agents their edge.

Bond always has a trick up his sleeve, even sitting cornered in a market square with Spectre firing relentless rounds at his car, damaging the windows but never breaking them.

When his attackers are all but worn down, the Aston Martin is just getting into gear.

Once Bond returns reluctantly to the fold, the rivalry between the two 007s is a lot of fun, and a nice way to open the door to the idea that it’s just a number and that someone will take his place.

With Spectre gone, he has one more obstacle to face, a new enemy, Safin (Rami Malek), whose story intertwines with that of his old love, Madeleine.

The finale, when it comes – this is a long film with a running time well over two hours – is as monumental as you would expect but the focus has subtly shifted.

In the past, Bond’s mission has been to kill the bad guys (Le Chiffre, Mr White, Raoul Silva) to save the world. This time he is fighting for his future.

Each Bond movie faces the impossible task of beating its predecessor by being faster, bigger, more exciting, expensive and dangerous.

This one keeps it simple and beats them by just being better.

No Time To Die opens in cinemas nationally on Thursday. The review first appeared in InDaily, read the original article here.