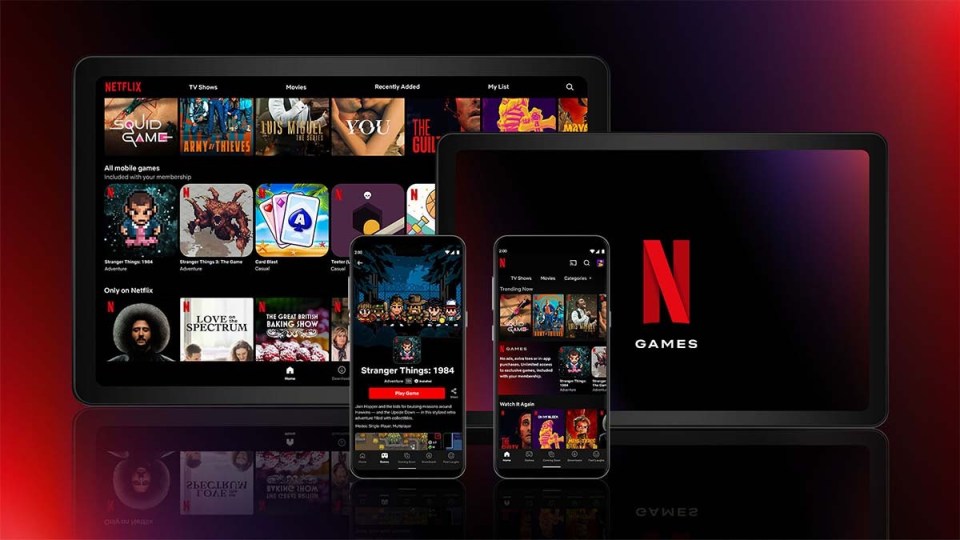 It is the first streaming service to attempt the feat, and has promised to improve the experience in coming months.

“Whether you’re craving a casual game you can start from scratch or an immersive experience that lets you dig deeper into your favourite stories, we want to begin to build a library of games that offers something for everyone,” Mr Verdu said in a statement.

The streaming service offers players five games, including two inspired by a popular Netflix series – Stranger Things: 1984 and Stranger Things 3: The Game, both created by BonusXP.

The other offerings include Shooting Hoops and Teeter Up by Frosty Pop, and Card Blast by Amuzo & Rogue Games.

With no additional fees and no in-app purchases, all you need is a Netflix subscription.

But wait, that’s not quite right.

You also need an Android mobile phone or tablet to play.

Games can only be downloaded from the Google Play app store and have begun slowly rolling out through the Netflix app for Android.

Would-be gamers who are also members of the Apple eco-system will be left out, at least for now, with IOS access “on the way”, according to Netflix Geeked.

Kids profiles are also blocked from Netflix gaming, for their safety.

“If you’ve set up a PIN to prevent kids from having access to adult profiles, that same PIN will be required in order to log in to Netflix and play the game on a device,” Netflix said.

It’s not the first interactive experience for Netflix users, with ‘choose your own adventure’ movies and shows already making an appearance in 2020.

The expansion into gaming was announced in July, but Netflix has beaten the rumours that predicted it would take until 2022 to be realised.

Netflix has entered the game, but only for Android users