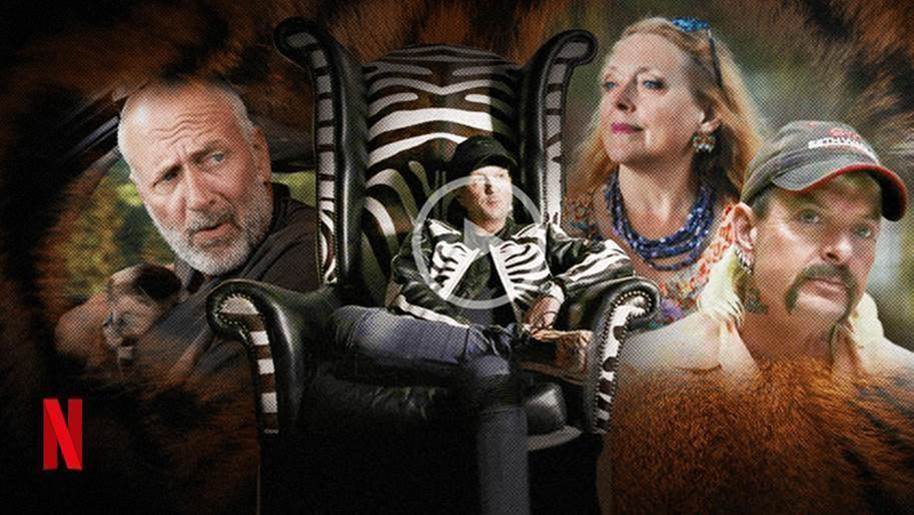 Tiger King 2 is the most anticipated series to get another run. Enjoy! Photo: Netflix

It was bound to happen. With the massive success of Netflix’s Tiger King and the insane drama over zoos, money, drugs and power, there was always going to be a follow up series.

And here it is.

Netflix has announced Tiger King 2 will be released on November 17, confirming the “colourful saga of America’s most notorious big cat owners continues” in this five-part series.

To a backdrop of Liza Minnelli’s old Cabaret anthem, we hear Joe Exotic himself speak from inside a medical prison in Fort Worth, Texas, where he’s serving a 22-year sentence for animal cruelty and plotting to kill his arch-nemesis, animal rights activist Carole Baskin.

“Everyone from the zoo is out there making money and I’m paying the price for every one of them people,” he says,

How that plays out with his train-wreck list of enemies and frenemies, we’ll have to hold tight. Netflix adds: “Sudden fame and unwanted attention from the authorities turns up the heat and unearths some stunning revelations.”

Fans of the series are drooling, taking to social media to say it’s the story that keeps on giving: “Congratulations to those who made it through COVID, here’s your prize”, and “when the world needed him most, Joe Exotic returns to make everyone feel better about themselves. God bless you Joe!”

Speaking of stunning revelations, you would’ve seen Kirsten Tibballs,  one of Australia’s most celebrated and internationally respected pastry chefs and chocolatier, on previous incarnations of Masterchef, challenging contestants to cook really difficult desserts. Now she has her own show premiere with a promise of bringing the “wow factor to home baking”, which includes chocolate mousse, babka knots and chocolate spaghetti.

With production funding from Screen Australia, this six-episode documentary series “without filter” gives a global audience insights into “critical issues of racial discrimination” and can be viewed in Australia, New Zealand and select countries around the world. The docu-series looks at Indigenous deaths in custody, the targeting of Indigenous youth, attacks directed at Asians during COVID, Islamophobia, the vilification of the African community and the treatment of asylum seekers and refugees.

Based on the best-selling series of books (90 million books sold), this world-building fantasy series premieres this month, starring Rosamund Pike and Australian actress Madeline Madden. Amazon says it’s “set in a sprawling, epic world where magic exists and only certain women are allowed to access it”.

Back for a fourth season after clocking in the No.1 most watched drama on streaming in 2020. Kevin Costner’s battle over land rages on, with the Duttons targeted like never before and everyone paying the price for power. Australia’s own Jacki Weaver guest stars this season as Caroline Warner, CEO of Market Equities.

This exclusive series ticks all the boxes. A suspenseful tale of love, magic, revenge and the lust for gold, and its a murder mystery. It’s about a young adventurer Anna Wetherell (Eve Hewson, Robin Hood), who has sailed from Britain to New Zealand to begin a new life. She meets  Emery Staines (Himish Patel, Yesterday) in “an encounter that triggers a strange kind of magic that neither can explain”.

Feature-length climate change documentary from award-winning Australian filmmaker takes us inside the deadly Black Summer bushfires of 2019/20. It will premiere in Australia at the Sydney Film Festival on November 6.

It’s a complete box-set release and good timing with the movie release of prequel The Many Saints of Newark. Just don’t get frustrated by the season finale and the scene with Tony Soprano and his family in the diner.

Cowboy Bebop is an action-packed space Western about three bounty hunters, aka “cowboys,” all trying to outrun the past.

Season 2 premieres and if the comedic timing of Elle Fanning is anything to go by, this anti-history series will deliver on cue the evolution of Catherine the Nothing to Catherine the Great.