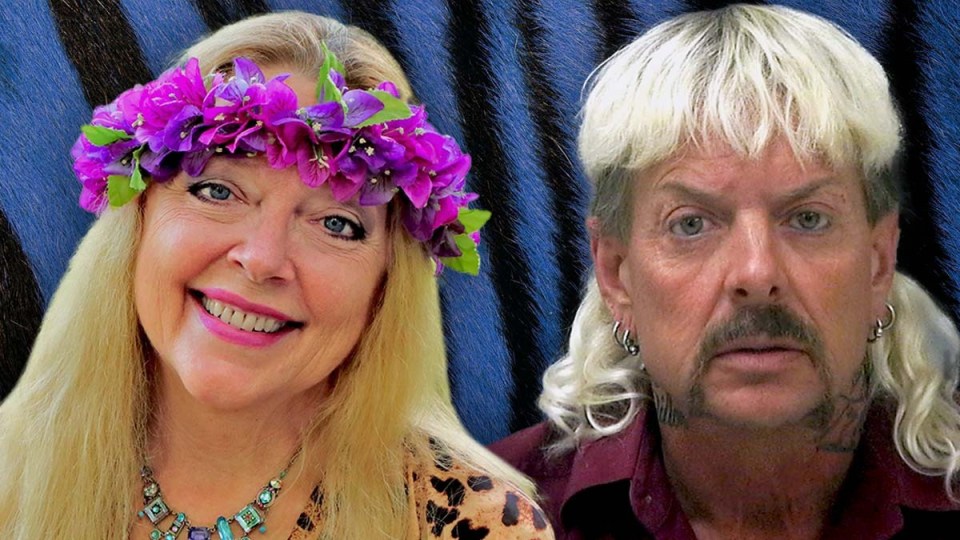 Just when you thought the Tiger King madness had safely subsided, another helping of Joe Exotic has arrived on the scene, complete with more guns, wild animals and even wilder murder conspiracy theories.

Netflix has unleashed the official trailer for Tiger King 2, and it is dangerously watchable.

The small-screen return of the king of cooked is no doubt being pencilled into plenty of calendars for November 17.

Albeit in code reserved for guilty pleasures.

The sequel to the bizarre docu-series promises the same shock, intrigue and general mayhem that had 64 million households hooked the first time around.

Season two will pick up where the first left off, with the now-incarcerated Joe Exotic back with even more bite.

“An innocent man is in prison,” says Exotic, who is serving a 22-year sentence for animal cruelty and plotting to kill his arch nemesis, animal rights activist Carole Baskin.

The 58-year-old had high hopes for a presidential pardon from ex-POTUS Donald Trump, but it didn’t pan out and he remains locked up.

The last season had some viewers convinced that Baskin had a nefarious past, on top of her feud with Exotic over his big cat zoo.

Who could forget her missing husband Don Lewis?

In 2020, the internet roared with arguments over whether she had killed him, or at least had something to do with his disappearance – claims she has vehemently denied.

Now fresh questions are being raised about Baskin’s late husband, casting suspicion on some “shady characters” he was apparently dealing with.

Maybe there was more to the vanishing Mr Lewis than first thought.

A bath tub full of guns and a claim that he liked “dangerous stuff” has got alarm bells ringing.

Law enforcement want answers – and so do we.

Meanwhile, the Emmy-nominated series has led to fame and fortune for Exotic’s co-stars – including his enemies – and he’s furious.

“Everybody from the zoo is out there making money and I’m paying the price,” Exotic moans.

No love has been lost between Exotic and his colleagues-turned-rivals Jeff Lowe and wife Lauren.

“Jeff and Lauren are like two rabid dogs in a goldfish bowl”, he growls.

But they do not seem worried.

“We have more money than God right now,” Jeff says in the clip.

One can only imagine how much money Jeff thinks God has, but his ex-business partner Exotic is more interested in making deals with the devil.