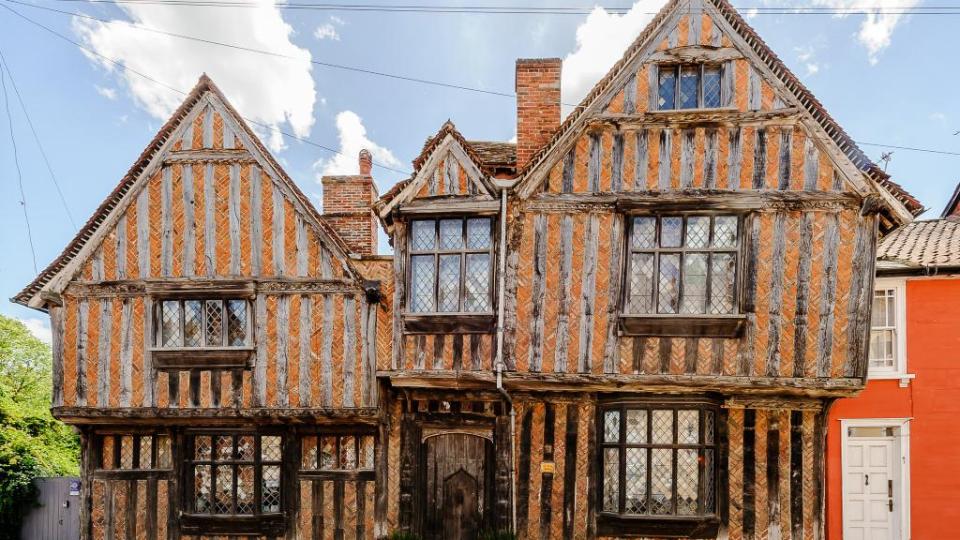 Harry Potter fans can stay at his childhood home in the UK for $345 a night. Photo: Airbnb

Just to take your pop culture obsession to the next level, have you ever thought of renting a holiday house or cabin that has featured in one of your favourite movies or TV shows?

Plenty of holidaymakers have – and there’s plenty to choose from.

“Whether it’s finding your serenity in Bonnie Doon or living like Australia’s favourite fictional obstetrician in funky Fitzroy, there are a range of properties on Airbnb ideal for a nostalgic stay for TV and movie lovers,” Airbnb’s Country Manager for Australia and New Zealand Susan Wheeldon told The New Daily.

“Homes that have been featured on TV or movie screens are popular and hosts of these properties relish the opportunity to share their homes with fans, enabling guests to get up close and personal with the spaces seen on the silver screen.”

Here are five Airbnb rentals from some of your favourite movies and shows.

This three-bedroom timber gem, overlooking Lake Eildon, was made famous in the iconic 1997 Australian movie The Castle.

It was the Kerrigans’ weekender, where the words “serenity” and “what do you call these, love?” (answer: “Rissoles”) became part of Australia’s linguistic folklore.

A weekend with five guests will set you back about $650.

Superhost Mel told realestate.com.au: “I think it does belong to the people.”

She’s got all the movie relics you need, including Tracey Kerrigan’s Diploma of Hairdressing on the wall and jousting sticks found in the former classified ads newspaper The Trading Post (which they read at the kitchen table) on display on the window ledges.

When our borders reopen and international travel is once again possible, this is for the Twilight fans.

I’d suggest planning for Halloween next year, as the hosts do all the decorations, including pumpkins and ghouls.

Don’t squabble over the rooms, either.

There’s the “lookout” room, where Bella spent endless hours watching and waiting for her vampire lover Edward. And if you’re a Jacob (the werewolf) fan, his room is downstairs off the main entrance.

Here is where it gets serious.

At $1070 a night for a minimum stay of three, you and a group of Marvel fans can reminisce over Iron Man Tony Stark’s incredibly sad funeral scene (if you really want to), on the 3200-hectare Bouckaert Farm.

It was featured in Avengers: Endgame, where Stark lived throughout the movie.

Marvel fan Desmond wrote in a review in June that “it was a dream come true”.

The villa from the Entourage movie, Los Angeles

This old spa retreat was a top Hollywood location for filming the Entourage TV show and movie, which was supposed to replicate the Amalfi Coast in Italy.

And by all accounts, it does just that.

Villa Sophia on Airbnb accommodates two guests and can be yours for $630 a night.

LA Weekly once referred to it as the “Best Place to Pretend You’re a Celebrity for a Day“.

De Vere House, nestled among 300 other protected heritage properties in Lavenham in the UK, was featured in Harry Potter and the Deathly Hallows Part One. Harry was born there and lived with his parents there before they died.

The house was built in the 14th century and is available on Airbnb for $345 a night.

But just a quick word of warning: You won’t get a visit from Lord Voldemort, the evil dark wizard and Potter’s arch nemesis, at night.