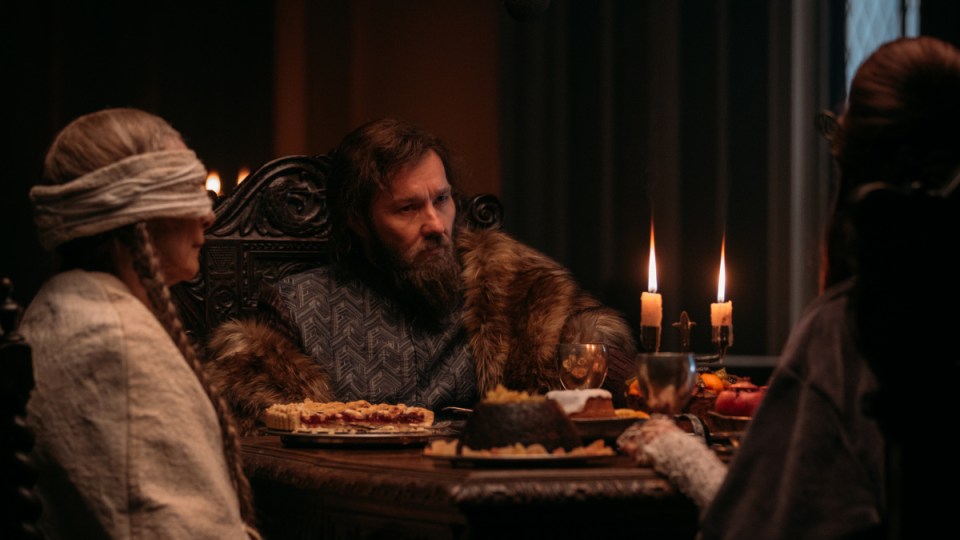 Eighteen years ago, Australian actor Joel Edgerton got his first taste of starring in a King Arthur Camelot-era action flick, and he liked it so much he’s returned for another chance of living out a “childhood fantasy”.

Playing one of the round table knights Gawain in the 2003 version, King Arthur, the Jerry Bruckheimer film was larger than life, big and dramatic, full of stunning action sequences cut to an ever-impressive Hanz Zimmer score.

In a recent interview with Total Film, Edgerton was asked what made him return to this medieval world.

“I’m very drawn to the aesthetic of movies like this, old world films, that taps into a childhood fantasy of mine in some ways. But on an artistic level, this really, really ticked a lot of boxes for me.

“My being drawn into the old King Arthur film I did in 2003 was a completely different draw to this.

“And my draw to this was to work with a bunch of fantastic people, to work with Dev, and particularly to work with a visionary director [David Lowery], who’s going to bring this very opulent and very unorthodox story to life,” he says.

According to the a24film official website, The Green Knight “tells the story of Sir Gawain, King Arthur’s reckless and headstrong nephew, who embarks on a daring quest to confront the eponymous Green Knight, a gigantic emerald-skinned stranger and tester of men”.

He battles “ghosts, giants, thieves, and schemers in what becomes a deeper journey to define his character and prove his worth in the eyes of his family and kingdom by facing the ultimate challenger”.

Lowery, it says, delivers “a fresh and bold spin on a classic tale from the knights of the round table”.

Patel gets the most screen time in the film, as he’s the one on the challenge metered out to him by the green knight. And, he says, he connected with the concepts of honour and chilvry, which are as important today as they were back then.

“When I first spoke to David about the script, he was like, ‘This is about a young man’s journey to integrity.’ I was like, ‘Ah, that’s just beautiful, sign me up for that’,” he tells Total Film.

“Those terms, it’s kind of sad we don’t use [them], but it’s dealing with cowardice and truth and challenging his ego and his masculinity, and it’s all of those things in toxic forms that are ruining society today. So, yeah, I think they’re super relevant.”

US film critics website rogerebert.com said the film was “one of the most memorable … of the year, a fascinating swirl of masculinity, temptation, heroism, and religion”.

“It’s a film that embeds the concept of storytelling and performance into its narrative … while also weaving its own enchanting spell on audiences,” wrote its reviewer Brian Tallerico.

However, the depiction won’t suit the Arthurian traditionalists, as Tallerico pointed out: “Arthurian experts may quibble with some of Lowery’s decisions and it is certainly a film that challenges traditional expectations of stories about heroic knights for modern audiences”.

One reviewer suggested multiple views with the promise it will “grow richer”.

threSimon Abrams of TheWrap describes it as an “arthouse fantasy”, and questions the inclusion of a talking fox and the ridiculousness of “the discovery of a herd of naked giants”.

“While there’s a lot of commendable chutzpah and curious longing baked into The Green Knight, the movie’s never as compelling as it is unusual.”

There’s a lot to unpack. It’s worth watching twice.