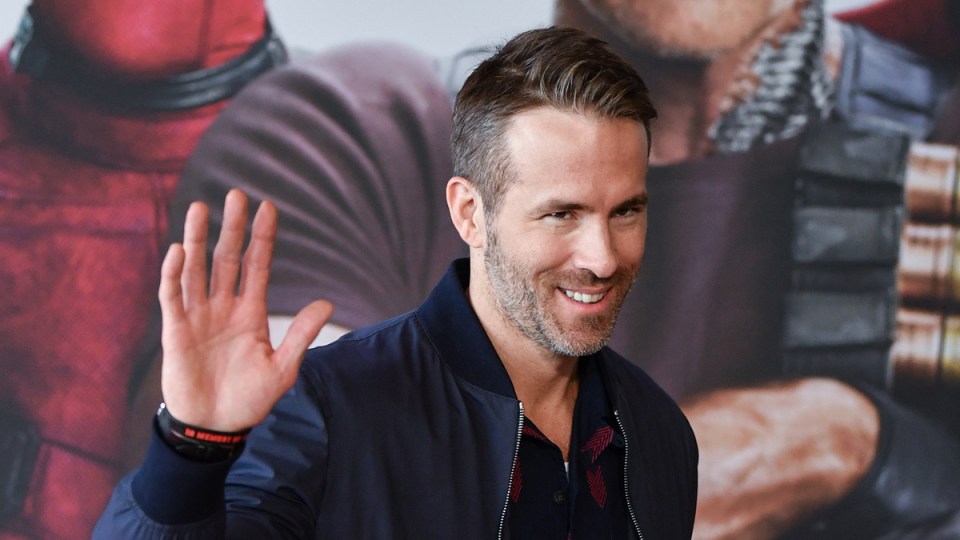 In two days, Hollywood funnyman and action superhero Ryan Reynolds will turn 45, and as a birthday present to himself he’s turning his back on movie making for a while.

Married to his Green Lantern co-star Blake Lively, the Canadian actor and producer is ready to hang out with his three daughters James, six, Inez, five, and Betty, two, the family dog, and he might even play a starring role in his business, Aviation American Gin.

It’s anyone’s guess why one of Hollywood’s most popular and sought-after actors is bailing: Mid-life crisis? Exhaustion? Family man time?

The Deadpool guy broke his standard Instagram protocol of his man-crush on Hugh Jackman and his mutual trolling with his wife by giving away a few hints in an October 17 Instagram post.

It could have something to do with smashing out starring roles in four Hollywood blockbusters over the past two years.

And he wants everyone to show a little more kindness to each other.

And then, right before Christmas, he’s just wrapped, yes, a Christmas movie, Spirited, with none other than our favourite elf, newsreader and Nascar champion Ricky Bobby – aka Will Ferrell.

“That’s a wrap for me on Spirited. Not sure I’d have been ready to say yes to a film this challenging even three years ago.

“Singing, dancing and playing in the sandbox with Will Ferrell made a whole lotta dreams come true. And this is my second film with the great @octaviaspencer …

“Perfect time for a little sabbatical from movie making. I’m gonna miss every second working with this obscenely gifted group of creators and artists.

“These days, kindness matters as much as talent. I’ve been lucky to work with folks who are flush with both.”

At age 19, Reynolds moved to Los Angeles to try and crack into the big time, after a few years appearing in teen science fiction and comedy series.

After getting his first breakthrough role in the 2002 National Lampoon comedy Van Wilder, Reynolds has starred alongside showbiz royalty including Denzel Washington in Safe House, Sandra Bullock in The Proposal and with Jake Gyllenhaal and Rebecca Ferguson in the 2017 sci-fi thriller Life.

But it was through his obsession with Marvel’s Deadpool character, when he played the mutant in an X-Men prequel in the early 2000s, that he found his calling, his comedic genius delivering on-cue one-liners, crazy over-the-top stunts and a massive fanbase.

According to the Observer, Reynolds’ characters “flit between blissful innocence and cutting wit”.

“Through it all, Reynolds’ innate likeability has endured.

“While he may never be the movie star Hollywood yearns for, his foul-mouthed hi-jinx or coffee-and-cigarette malaise is rarely uninteresting on screen.

“That’s enough for us,” Observer wrote.

Being a parent at the top of the list

Reynolds was married to Black Widow’s Scarlett Johansson for two years before meeting Lively in 2010 on the set of Green Lantern.

They married in 2012 and live in the small town of Pound Ridge, north of New York City, where they are raising their three daughters.

In May, Reynolds posted a candid statement about his experiences with anxiety for Mental Health Awareness month.

“I know I’m not alone and more importantly, to all those like me who overschedule, overthink, overwork, over-worry and over-everything, please know you’re not alone. We don’t talk enough about mental health and don’t do enough to destigmatize talking about it. But, as with this post, better late than never, I hope.”

After posting his initial acting sabbatical announcement, Reynolds clarified one of the driving forces behind his decision on Instagram Stories, where he slightly adjusted the definition of sabbatical.

“A sabbatical can last anywhere from two months to a year,” a description from indeed.com reads.

“In general, six months is the standard length of time for a paid sabbatical. It gives you enough time and flexibility to such things as travel, study or complete a major side project.”

Reynolds, however, crossed out those options and inserted the word “parent”.

Labor victory fires up Tamil family’s hopes of return to their Biloela home
Perth residents urged to play it safe as massive storm rolls across region
Joe Biden says he’s not fussed by North Korea’s rumoured return to nuclear tests
ACTU hails Labor’s triumph as the first step to pay raises
Analyst: Sharemarket will be anxious about a Labor pact with Greens
French foreign minister hails defeat of Morrison and his ‘notorious incompetence’
Emma is hanging up the yellow skivvy: How the ‘first girl Wiggle’ created a powerful legacy
Today's Stories

Free to go! Why Hollywood’s busiest star is taking a break from making movies