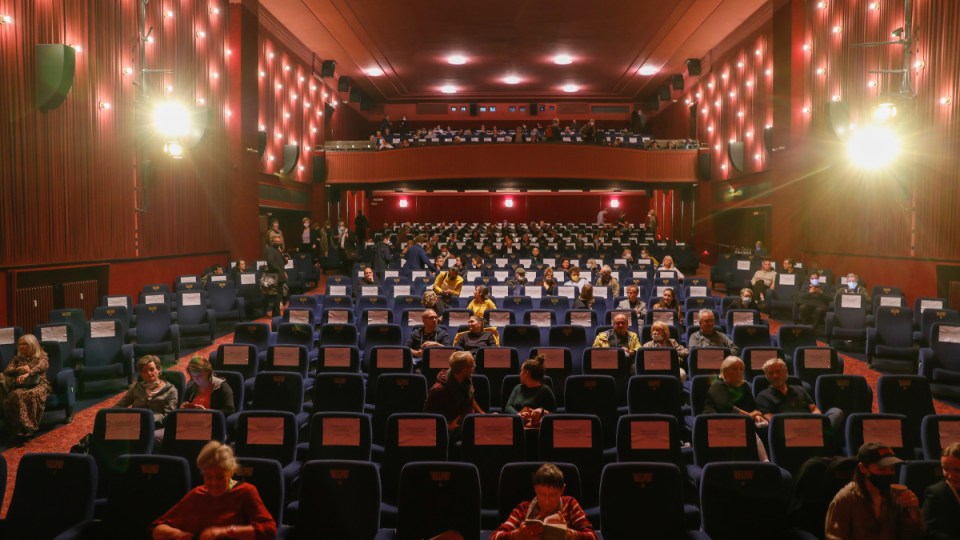 The big films with a big promise of returning traffic to cinemas.

After enduring more than 100 consecutive days of lockdown, movie lovers are jumping online in droves to book seats at their favourite cinema as COVID restrictions in New South Wales start to ease.

From Monday, theatres, cinemas, struggling independents and art galleries will throw open their doors in what will be a massive revenue boost after months in the dark.

Venues will reopen with COVID-safe rules in place including wearing masks indoors, with set density limits or a 75 per cent fixed seated capacity, according to the NSW Health department.

In a statement to The New Daily, Hoyts president and CEO Damian Keogh said they expected box office to “bounce back strongly”.

“We know movie lovers crave the entire big-screen experience and we can’t wait to welcome them back on Monday in line with the government health order,” he said.

“We expect local box office to bounce back strongly with titles such as Black Widow, Space Jam: A New Legacy, Jungle Cruise and Free Guy having tremendous success in the states and territories that remained open across the country.”

Mr Keogh said pre-sales for next week were “looking incredibly positive” with Shang-Chi and the Legend of the Ten Rings sitting at No.1 in NSW.

Over at Event Cinemas “We’re back” is written in big bold letters across its website, which is open for bookings in cinemas from Bondi Junction to Blacktown.

And even small cinemas like the Ritz at Randwick in Sydney’s eastern suburbs told customers it would once again be open for business, showcasing an ultra-high-definition screening of Stanley Kubrick horror flick The Shining “to kick off our opening week”.

“The movies are back,” the Ritz wrote on its website.

“The Ritz returns from Monday, 11 October in line with the NSW government’s reopening roadmap. Enjoy films you missed, brand new releases, and some signature Ritz cult classics on the big screen.”

Although some movies have already been released on streaming platforms (Black Widow, Jungle Cruise), there’s nothing stopping you from taking the kids and experiencing the epic surround-sound atmosphere and a few hundred fully vaccinated people sitting around you.

There’s also the Sydney Film Festival, which was postponed to take place from November 3 to 21 instead of running mid-year, featuring Here Out West on the opening night at the State Theatre.

And let’s not forget the live theatre enjoyment that is Hamilton at the Sydney Lyric Theatre from October 19.

The cast from 9/11 musical drama Come From Away are also eagerly preparing for an October 20 reopening at the Capitol in Haymarket.

Producer Rodney Rigby told TND the Come From Away cast and crew are thrilled to be back on stage after lockdown.

“Not only have our cast been busily getting stuck into rehearsals, but in the last week they’ve been having regular rapid antigen testing, which is certainly receiving cheers of delight from all of our cast and crew,” Mr Rigby said.

“We know that our reopening in Sydney later this month is going to be just as exciting as it was in Melbourne back in 2019. Not only are we thrilled about getting back on the stage, we’re happy to be joining the London, Broadway and North American national tour, which opened this week.”

The blockbusters ready to roll

The Many Saints of Newark

Starring Michael Gandolfini, the son of the late James Gandolfini, who played the lead role in HBO hit The Sopranos, this mobster classic and prequel to The Sopranos is set in the 1960s and 70s and has reviewers already calling it “fascinating” on many levels.

Marvel’s Eternals stars Kit Harington, Salma Hayek and Angelina Jolie as a new team of ancient aliens who have secretly been living on Earth until they have to fight another war.

No Time To Die

It may be the last time you see Daniel Craig in a Bond film on the big screen, but he’s ready for new adventures in Knives Out 2 (2022).

At least in a cinema, the kids will stay seated, munching on popcorn, transfixed by the noise and the dark, to find out about the dark secrets at the local school.

Venom: Let There Be Carnage

Eddie (Tom Hardy) and Venom are unleashed in this sequel, with movie houses hoping for big box office returns.

We still love a good Spider-Man flick, so definitely do not wait until it hits streaming services. Only at a cinema, people!

This epic science fiction thriller had its world premiere at the Venice Film Festival. Director Denis Villeneuve says: “The big screen is not just another format, it is at the core of the cinematographic language.

“The original form. The one that will stand the test of time.”

Better buy your movie tickets! Here’s what to see as NSW cinemas dust off the cobwebs