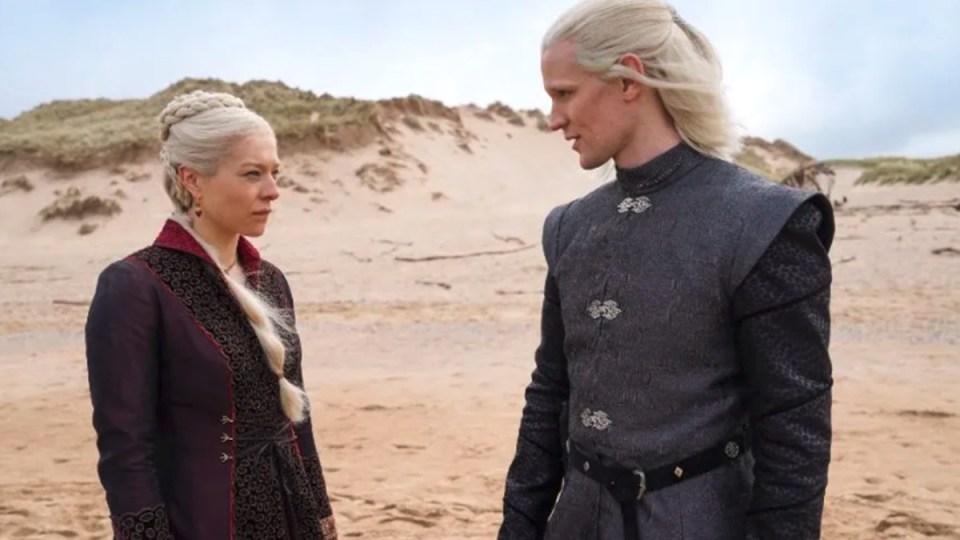 Game of Thrones prequel House of the Dragon will be set 200 years before the main series, set to chronicle the history of House Targaryen.

Game of Thrones fans rejoice: The first trailer for the much-anticipated prequel series House of the Dragon is here!

HBO released a minute-long trailer for the series on Wednesday (Australian time), and the internet erupted with excitement.

The original series ran from 2011 to 2019 with 73 episodes. It was based on the A Song of Ice and Fire books series by George R.R. Martin, who also served as a co-executive producer.

HBO has confirmed the prequel will hit screens in 2022, and will serve fans a taste of more episodes after a three-year drought.

The House of the Dragon trailer features a compilation of action shots and close-ups of the silver-haired Targaryen family.

The clip is narrated by The Crown‘s Matt Smith, who will star as Daemon Targaryen.

Smith slowly and eerily chants over the top of the visuals: “Gods, kings, fire and blood.”

House of the Dragon is co-created and co-written by Martin and Hercules writer Ryan Condal.

This series is an adaption of of Martin’s novel Fire and Blood, set 200 years before Game of Thrones.

Although the novel with provide a foundation for the series, as with the original series, time will tell just how much of the storyline makes it to screens.

The trailer has already spawned theory videos across YouTube, signalling House of the Dragon is set to be another smash-hit for HBO Max.

Perhaps to the joy of some fans, previous show-runners David Benioff and Dan Weiss are not involved in the upcoming project.

It’s no secret that the eighth and final season of GOT left many fans disappointed. Many have speculated that the show-runners rushed to finish the series to move on to new projects, leaving loose ends untied, plot holes unexplained and fan-favourite characters, well, brutally murdered.

Fans reacted to the trailer on social media. Many said they hoped the prequel could redeem the misgivings of the original series.

Other fans marvelled at the beauty of the trailer, and said they could barely wait to see the finished product.

Books Game of Thrones House of the Dragon TV
Follow Us