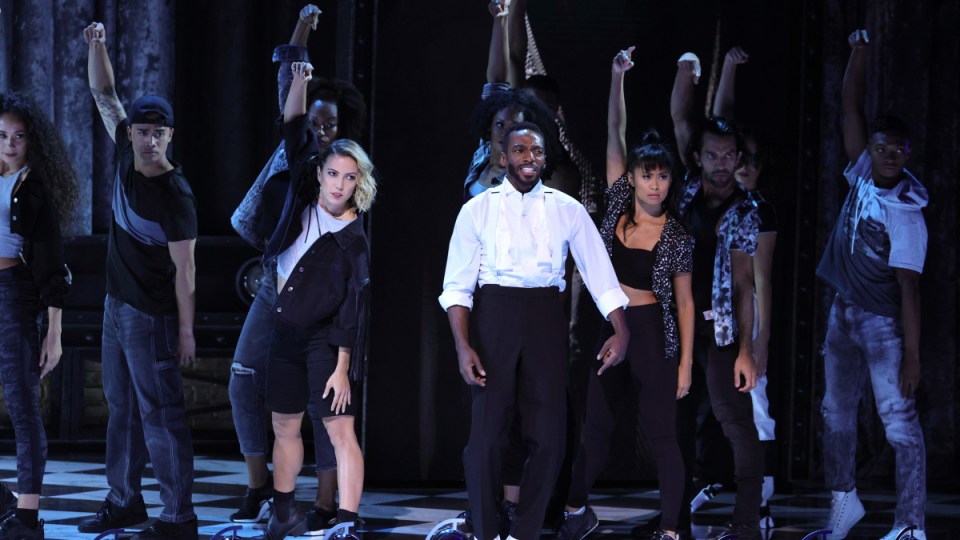 Moulin Rouge! The Musical, a jukebox adaptation of Baz Luhrmann’s hyperactive 2001 movie, has waltzed off with 10 Tony Awards in a glittering ceremony in New York.

The show – about the goings-on in a turn-of-the-century Parisian nightclub, updated with tunes like Single Ladies and Firework alongside the big hit Lady Marmalade – capped a successful night by picking up the coveted best new musical crown.

The musical is based on the Oscar-winning movie by superstar Australian director Luhrmann.

The record number of awards won in one sitting is 12, collected by The Producers.

Moulin Rouge producer Carmen Pavlovic said after what Broadway had been through in the past 18 months, it felt strange to be considered the best. She dedicated the award to every show that closed, opened, nearly opened or was fortunate to be reborn.

Sonya Tayeh won for choreography on her Broadway debut, while Alex Timbers won the trophy for best direction of a musical.

In a surprise to no one – he was the only person nominated in the category – Aaron Tveit won the award for best leading actor in a musical for his part in the show.

Burstein, who won for featured actor in a musical and had previously missed out on an award on six occasions, thanked the Broadway community for supporting him after the death last year of his wife, Rebecca Luker.

“You were there for us, whether you just sent a note or sent your love, sent your prayers, sent bagels, it meant the world to us,” he said.

The Inheritance by Matthew Lopez was named the best new play.

Lopez’s two-part, seven-hour epic uses Howards End as a starting point for a play that looks at gay life in the early 21st century.

It also yielded wins for Andrew Burnap as best actor in a play, Stephen Daldry as best director, and Lois Smith as best performance by an actress in a featured role in a play.

While other entertainment industries such as TV and film found ways to restart during the pandemic, Broadway was unable until now due to financial and physical impediments. The lifting of all capacity restrictions was crucial to any reopening since Broadway economics demand full venue capacity.

The most recent Tony Awards ceremony was held in 2019. COVID-19 forced Broadway theatres to abruptly close on March 12, 2020, knocking out all shows and scrambling the spring season.

Several have restarted, including the so-called ‘big three’ of Wicked, Hamilton and The Lion King.

The Australian production of Moulin Rouge! The Musical will premiere in Melbourne later this year.