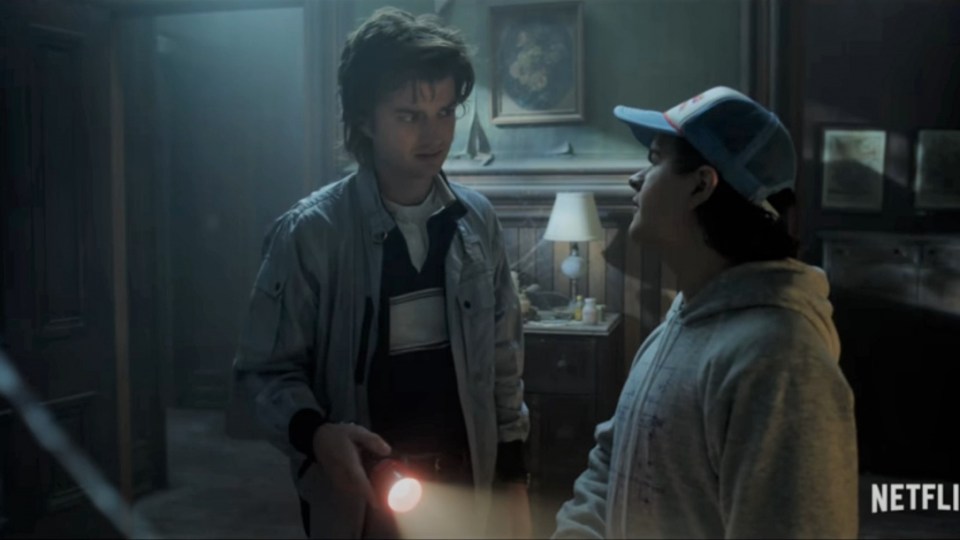 New footage from Stranger Things, The Witcher and Ozark were revealed. Photo: YouTube

Netflix has offered fans a peek as to what’s to come on the global streaming service, with several big announcements and trailers now available for viewing.

In a three-hour live-stream, Netflix unveiled a new look at Stranger Things with a season four teaser, the return of The Witcher, and a string of exciting projects to be released over the coming months.

A date for the release of the second season of pandemic obsession Tiger King was also announced.

Read below to find the biggest news and trailers from Netflix’s showcase event, Tudum.

One of Netflix’s biggest programs, Stranger Things, highlighted the showcase, with the beloved series opening at a new location called the Creel House.

The teaser opens up to a family, presumably the Creels, moving into a new home, before strange things happen.

The team of youths investigate the house in what looks to be years after, with Dustin doing his best Sherlock Holmes impression.

“The world is full of obvious things which nobody by any chance ever observes,” he says.

The trailer ends in the attic of the Creel House, focusing on a grandfather clock before flashing to the clock in the Upside Down, an alternate dimension in Stranger Things.

Stranger Things season four will drop on Netflix in 2022, with no specific date released.

After almost two years off the air, and an anime to fill the void, The Witcher season two is upon us, with multiple trailers to prove it.

Netflix released three trailers on Sunday showcasing two sneak peeks, one of a new character and another at Geralt and Ciri’s relationship, as well as a Road to Season 2 teaser highlighting bits of seasons one and two.

In the first, the Witcher converses with what he says is an old friend, who tells him he needs to tell Ciri about what Witchers are.

In the second, we see Geralt, in his Witcher form, awaken Ciri and tell her to leave before seemingly hunting something or someone.

The third season was also officially confirmed at the Tudum event.

Arcane brings the magic to Netflix

The most visually pleasing trailer from the showcase event came from the creators of the video game franchise League of Legends in Netflix’s new animated series, Arcane.

The beautiful trailer offered a first look at the series, which focuses on two key relationships in the League of Legends universe, Jinx and Vi.

It will follow the childhoods of the two characters and the bond between sisters as they are caught in a war in the magical regions of Piltover and Zaun in the world of Runeterra.

Vi and Jinx lead very different lives in the League of Legends game, as the show draws on the paths of divergence into their adult lives.

The first act of the Arcane series will be released on November 6.

Last week, Netflix confirmed that Tiger King would be returning for a second season.

Now we have a date when the bingeing of Tiger King 2 can begin – November 17.

Little is known about the second season, with footage released by the streaming service recapping the first season.

The Byrdes are back for one more season

The fourth and final season of the family crime drama Ozark will air on Netflix in 2022.

The trailer opens with a party with the Navarro drug cartel and Marty and Helen Byrde cleaning blood off each other in the bathroom.