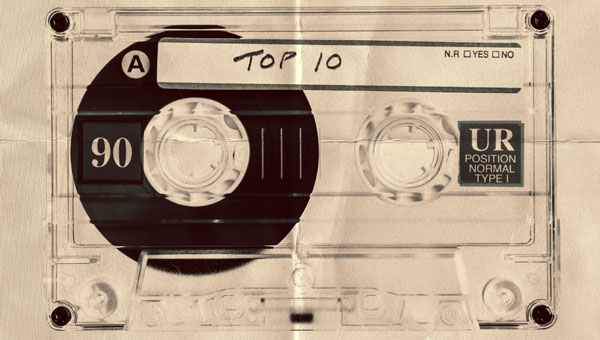 Rolling Stone has reviewed the top 500 songs of all time. Here are the top 10. Photo: Getty

Iconic music magazine Rolling Stone has unveiled a fully revamped list of the top 500 songs of all time, and it has been 17 years in the making.

The magazine has updated the definitive list of artists, albums and singles it released almost two decades ago in 2004.

The publication enlisted the help of more than 250 industry heavyweights, who voted for more than 4000 songs in total, each ranking the best 50 songs ever.

Singers, producers, musicians, critics, artists and journalists were among those chosen to partake in the poll, resulting in an eclectic mix of genres, release dates and styles.

Scraping through at No.500? Kanye West’s hit song Stronger, inspired by a sample from French duo Daft Punk. Post-third album, Graduation, fans split into two camps. Those who loved him, and those who still do.

But let’s cut to the chase, the real juice is in the top 10 songs, with placements sure to spark debate at dinner tables everywhere.

Written by André Benjamin (André 3000), this smash hit was originally going to be titled Thank God for Mum and Dad and mixes pop, funk, rock and rap into “something otherworldly”, according to Rolling Stone. Outkast once called it “the saddest song ever written”, but the music industry just confirmed it is one of the best.

This was the band’s only song to top the US charts. Stevie Nicks wrote it after a breakup and said it took her “about 10 minutes”. First released on the album Rumours, it has enjoyed a renaissance through social media platform TikTok.

In 2020 Missy told Rolling Stone her chemistry with co-writer and long-time collaborator Timbaland was “some futuristic stuff”. She worried with this jam that nobody would “get it”. But they did and they still do, 20 years later.

Beatlemania was an unprecedented cultural phenomenon, but John Lennon and Paul McCartney were a song-writing duo from the gods. This hit about childhood trauma changed pop music forever.

First, a moment of silence for the genius behind this song, Kurt Cobain. This hook launched Cobain to mega stardom and took Nirvana out of underground Seattle and into the mainstream.

Dylan’s folk-rock sound and unique vocals are not for everyone, but his lyrics are straight-up poetry. Like a Rolling Stone is rumoured to have started out as a 20-page verse. Dylan said it was the best he ever wrote.

With mournful lyrics, uplifted by a powerful orchestra, Cooke’s final Civil Rights anthem has resonated with listeners throughout the decades. It was released just two weeks after Cooke was shot dead in Los Angeles.

When filmmaker Spike Lee asked Public Enemy to write an anthem for his upcoming movie Do the Right Thing, he could not have predicted how powerful the war cry would be. Hank Shocklee, who co-wrote the song with Carlton Ridenhour, Eric Sadler and Keith Shocklee, once said it made the hip-hop community “recognise its power”.

Written by Otis Redding in 1965, few would suspect this song could belong to anyone but Aretha Franklin. Her cover shook up the arrangement, combining elements of rock and roll, gospel and blues. Rolling Stone said it acted as a catalyst for the soul music artists just keep looking back to.

For the full list of top 500 songs of all time, accompanied by notes from the best in the business, click here.