Anthony Hopkins has released a heartfelt video to thank the Academy for his Oscars win and pay tribute to fellow nominee Chadwick Boseman.

At 83 years old, the Silence of the Lambs star became the oldest person to win an Oscar for Best Actor in a leading role in the academy’s 93 year history.

But when his name was called on Sunday evening (local time) for his performance in dementia drama The Father, Hopkins was not present.

He was thousands of kilometres away in Wales mourning the death of his own late father, Richard Hopkins.

The award had been widely expected to go to Chadwick Boseman for his final performance in Ma Rainey’s Black Bottom.

Shocked by the win, Hopkins issued a graceful, though belated, acceptance speech on Monday morning via social media.

“Good morning. Here I am in my homeland in Wales and at 83 years of age I did not expect to get this award. I really didn’t,” Hopkins said.

“I’m very grateful to the Academy and thank you.”

He then acknowledged fellow nominee Chadwick Boseman, star of Black Panther and Ma Rainey’s Black Bottom, who died of cancer in 2020 at just 43 years old.

Was this the most boring Oscars ever? 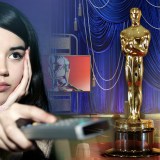 “I want to pay tribute to Chadwick Boseman. He was taken from us far too early,” he said.

“I really did not expect this. So I feel very privileged and honoured. Thank you.”

Based on the predictions for the night and Boseman’s posthumous win at the Golden Globes, Hopkins was not alone in his surprise.

But according to TMZ, Boseman’s family did not see Hopkins’ win as a snub and wished him all the best.

The Academy Awards ceremony usually builds up to the trophy for Best Picture – ending on a high note.

But the 2021 Oscars were rearranged, with Best Actor as the finale.

Many were disappointed and confused when the event abruptly ended almost immediately after Hopkins’ name was read by presenter Joaquin Phoenix.

“The Academy congratulates Anthony Hopkins and accepts the Oscar on his behalf,” Phoenix said.

And that was it.

A strange ending to what was arguably the blandest Oscars ceremony in history.

With no host, no seat fillers and no musical numbers, the ceremony was salvaged only by a few historic wins, a twerking Glenn Close and the best and worst dressed on the pink carpet.

The ceremony producers had attempted to boost plummeting audience numbers with some old Hollywood glamour.

The show was hosted in a historical train station in downtown Los Angeles, with only nominees and their guests invited.

But the US ratings suggest the move did not pay off.

The 93rd annual Academy Awards clocked the lowest television audience ever, with only 9.85 million viewers on Walt Disney Co’s ABC, according to Nielsen data.