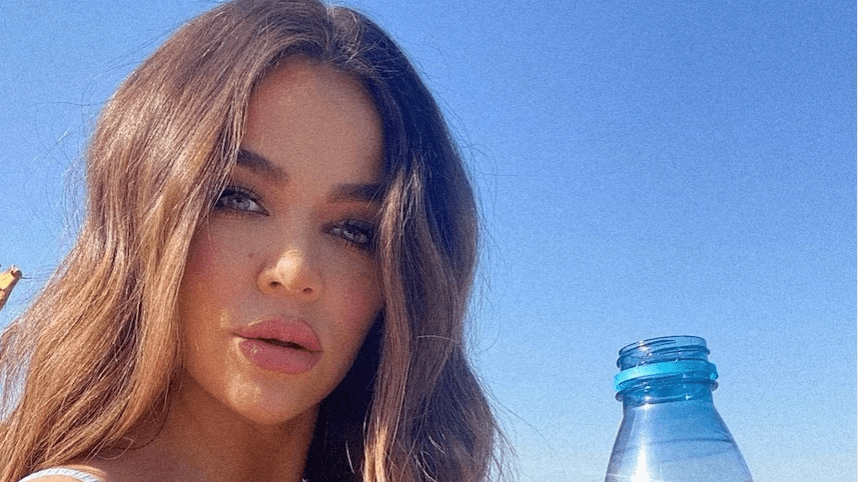 A team of lawyers are working to delete reposts of an unfiltered image of Khloe Kardashian from social media.

The Kardashian family and their team appear to be working to remove an image of Khloe Kardashian from social media after it was reportedly posted without her approval.

The moment the image was posted online, fans began to repost it. It has been shared multiple times by countless accounts.

But in a bid by lawyers to stop the image spreading further, accounts claim they have received legal notices for sharing the image, with some claiming they were blocked on platforms for reposting it.

Wait, what does the picture show?

The image in question shows Khloe Kardashian standing by the pool in a bikini.

The image looks noticeably different from the other images the reality star posts — in this image, her skin doesn’t doesn’t have an artificially smooth finish and her curves are different.

Essentially, the image appears not to be airbrushed.

As the person that took the image, Ms Shannon is therefore the copyright owner.

Tracy Romulus, chief marketing officer for KKW Brands, told Page Six that the picture was taken “during a private family gathering and posted to social media without permission by mistake by an assistant”.

“Khloe looks beautiful but it is within the right of the copyright owner to not want an image not intended to be published taken down.”

One Twitter account @KosmeticKrys posted unverified screenshots of notices that their account had been locked for reposting the image, as well as a takedown request from Los Angeles law firm Lavely & Singer P.C.

Fans seemed bewildered by the response — Khloe Kardashian generally only posts airbrushed pictures, but in this image she appeared as her natural self.

Many were left wondering why the Kardashians took such a strong response to what was a widely celebrated “realistic” image of the reality star.

Is this kind of response common?

Takedown notices are quite common on social media platforms.

They are invoked under the US Digital Millennium Copyright Act (DMCA) which protects copyright owners who believe their rights under US copyright laws have been infringed.

“Generally, copyright protects original expression such as words or images.

What makes this situation interesting is the nature of the content in question and the ferocity with which the takedown notices are being issued.

The image of Khloe Kardashian has been generally well received from her predominantly female audience, to whom she regularly stresses the importance of body positivity.

Is it too late to contain the image from spreading further?

It is hard to say.

After circulating for about two days, the image is likely experiencing the Streisand Effect, where the effort to suppress information — a story, a video or a picture — only amplifies it further.

The Streisand Effect is named for legendary singer Barbra Streisand, who tried to suppress pictures taken of her house by suing the photographer.

She claimed the photographer had violated her privacy by posting the image of her Malibu home on a website designed to document excessive development on California’s coast.

But the resulting publicity from the lawsuit drove significantly more traffic to the website than it would otherwise attract.

The effort to suppress Khloe Kardashian’s image could be having a similar effect.

The Kardashians want a picture of Khloe removed from social media. Is it backfiring?