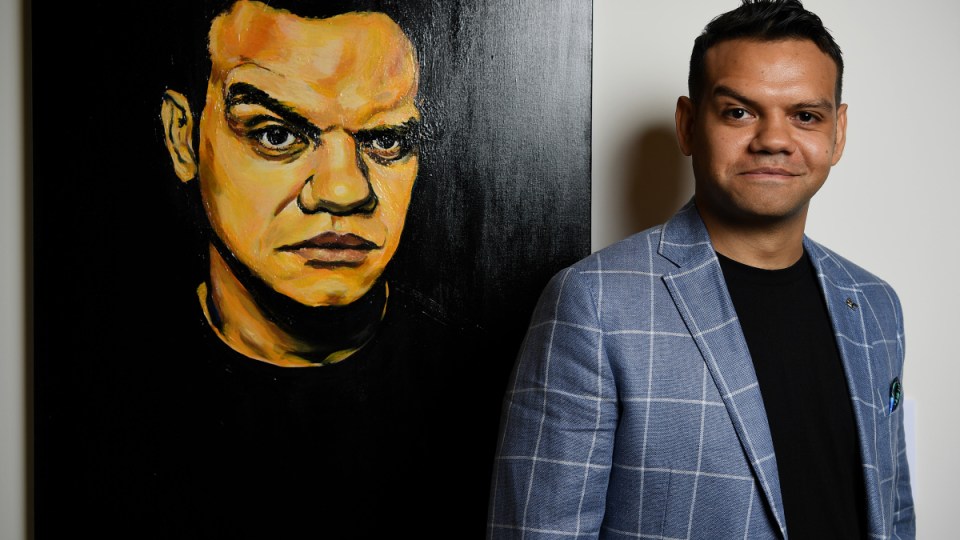 WARNING: The following story contains content that some readers may find distressing.

Former cast member Meyne Wyatt revealed on Twitter on Tuesday that he had experienced racism during his time on the show and claimed homophobia was also “rampant”.

In a series of tweets, the Wongutha-Yamatji actor, director and writer claimed he had overheard the use of a racial slur while at work on the soap.

“I called it out and it didn’t happen around me again,” Wyatt said.

“Though I did walk in on this incident, so I have no doubt things were being said behind my back.”

She said her six-week stint on Ramsay Street in a guest role was marred by “multiple racist traumas” that have required ongoing counselling.

“It’s been lonely, triggering and traumatising to work in such a culturally unsafe space,” she wrote on Instagram, adding she would never work for the Network Ten show again.

By Wednesday, the Wentworth star revealed she had been the victim of a torrent of online abuse in response to her claims.

Clanton posted a follow up to Instagram showing some of the abusive comments she had received since going public with her concerns.

“What a token career she had — she can kiss goodbye,” said one post.

On Tuesday, the 30-year-old Wongatha,Yamatji, Noongar and Gitja actor had listed multiple allegations of racist and inappropriate behaviour by senior Neighbours staff and fellow cast members.

Will be interesting to see how production responds.

A shame that this was her experience on the show, but glad she’s spoken out about it and called the show out. #Neighbours pic.twitter.com/TtDngNouP7

Clanton said she fired her agent when he described a senior staff member’s alleged use of the term “slave driver” – in reference to him working hard – as “office banter”.

She also claimed the set was “rife” with covert levels of racism, citing a white actor openly calling another actor of colour a “lil’ monkey” as an alleged example.

Clanton said she heard a highly racial slur uttered twice on set and in the green room, and was told to “go somewhere else” when she confronted the actor directly.

“The retaliation for calling out this misconduct and racism often left me ostracised and further marginalised.”

Wyatt said it was “disappointing but not at all surprising to hear that five years later, racism continues to be present in that workplace”.

“But what can you say, we are in Australia,” he said.

Other claims by Clanton included paying out of her own pocket to have a Wurundjeri elder on set for “cultural safety reasons”, and a department head laughing when a cast member used a highly sexualised term.

A Fremantle Media spokesperson said the Network Ten soap, now into its 35th year, “strives to be a platform for diversity and inclusion on-screen and off-screen”.

“There have been significant and lengthy discussions with Shareena during her time on Neighbours and we will continue to work with all cast and crew to ensure Neighbours continues to be a fully inclusive environment.”

But in Wyatt’s tweets, which went out before the statement from Fremantle media, he called out a distinct lack of inclusion and diversity in the Australian TV landscape, including Neighbours.

“I don’t see a lot of Indigenous actors on the show or on any prime time Television series, whether it be Neighbours, Home and Away, anything on Channel Seven, Nine or Ten, for that matter. Stan and Netflix take note! But these attitudes are prevalent throughout the industry,” he wrote.

Wyatt also said that a culture of homophobic jokes and comments made the set an “unsafe environment” for anyone in the LGBTIQ+ community and called on the industry to do better.

Wyatt pointed out that in 2015, after the show had been running for 30 years, he was the first indigenous actor to appear on the main cast.

In its statement, Fremantle Media did not address Mr Wyatt’s remarks.