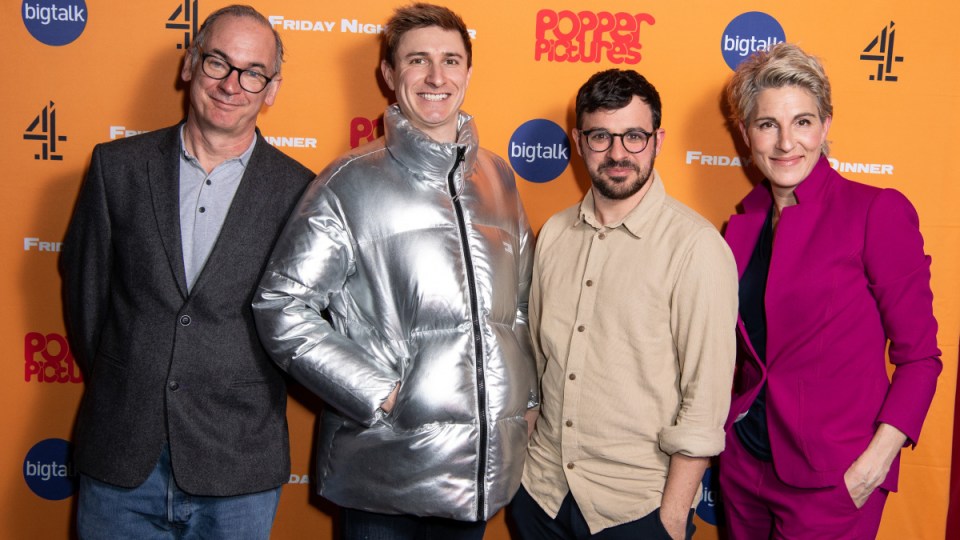 Paul Ritter, left, with the cast of Friday Night Dinner in London in June. Photo: AFP/Getty

The actor died on Monday evening after suffering from a brain tumour.

He was known for such roles as the wizard Eldred Worple in 2009’s Harry Potter and the Half-Blood Prince, James Bond antagonist Guy Haines in the 2008 film Quantum of Solace and Martin Goodman in British comedy series Friday Night Dinner.

A statement from his agent issued on Tuesday said his wife Polly and sons Frank and Noah were by his side when he died.

rest in peace paul ritter, an incredibly talented and versatile actor who will be truly missed pic.twitter.com/CsKuOpEL4Y

In tribute to him, his agent said: “Paul was an exceptionally talented actor playing an enormous variety of roles on stage and screen with extraordinary skill.

“He was fiercely intelligent, kind and very funny. We will miss him greatly.”

Everyone is rightfully praising Paul Ritter for his performance in Friday Night Dinner. But to fully appreciate just how good of an actor he was, watch Chernobyl. The amount of people I've spoken to who didn't realise it was the same actor speaks volumes about his range. RIP pic.twitter.com/a5gzCg5O8p