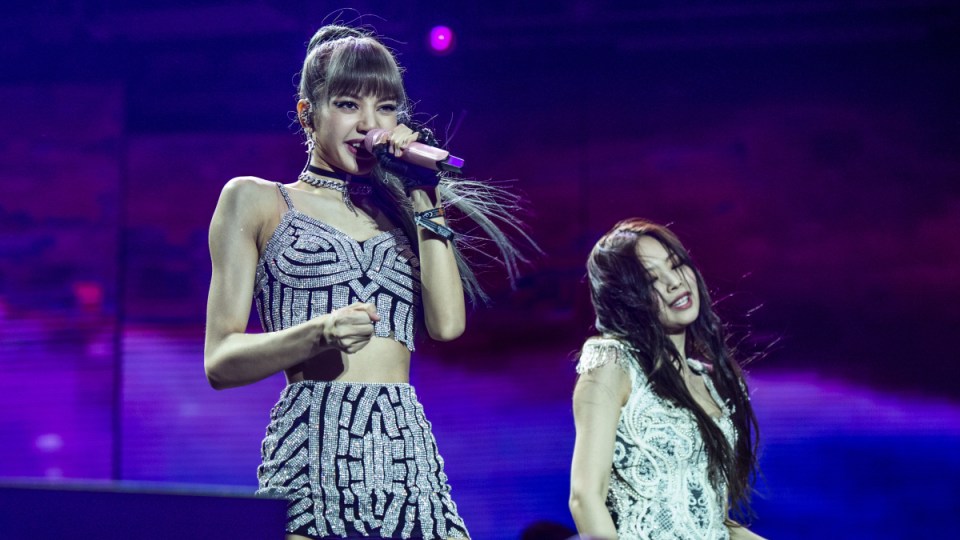 Lisa of BLACKPINK, performing at Coachella in April 2019, and her bandmates have been criticised for their panda video. Photo: AP

A reality TV episode showing K-pop girl band BLACKPINK holding a newly born panda has been pulled after accusations in China that the group mishandled a national treasure.

The incident is the latest row between South Korea’s entertainment stars and audiences in its large neighbour.

Last month, South Korean boyband BTS was heavily criticised in China after its leader made remarks about the Korean War, and some BTS-related products were removed from Chinese websites.

Fu Bao, the first panda to be born in South Korea was introduced to the public last week.

Fu Bao’s parents arrived in 2016 from China’s Sichuan province, the home of giant pandas, as part of China’s “panda diplomacy”.

BLACKPINK included footage of the band members holding the baby panda in a teaser clip aired on YouTube earlier this month.

Some Chinese local media and online commentators denounced the girl group for touching Fu Bao with bare hands and while wearing too much make-up, saying it threatened the health of the young cub.

The comments set off a storm on Weibo, China’s version of Twitter.

As of Tuesday, there were millions of views and 55,000 posts on hashtag “Blackpink touched panda cub wrongly” on Weibo.

The full episode was to have been broadcast on November 7 and has been postponed, according to the group’s music label, YG Entertainment, although it defended the production.

“When BLACKPINK met the baby panda, all members wore hygiene gloves, masks and protective clothing … hands and shoes were disinfected at every transition,” the agency said in a statement.

Hashtags “BLACKPINK” and “Panda” were trending on South Korean Twitter as well over the weekend.

Some South Korean social media users pushed back at the Chinese criticism, urging South Korea to “return the pandas” or arguing that “pandas are not ours and it is too expensive to raise them anyway”.