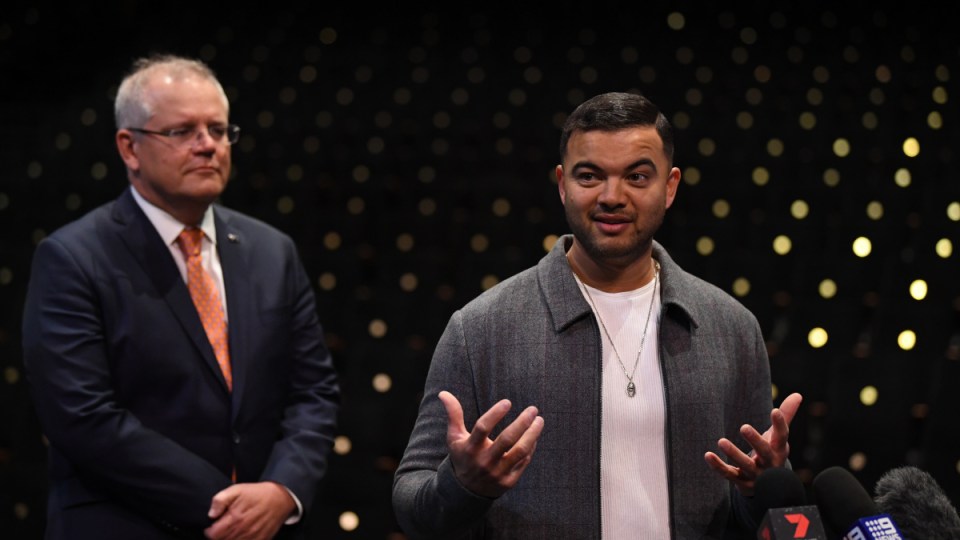 Australian singer Guy Sebastian has asked Prime Minister Scott Morrison to explain the delay in delivering $250m worth of emergency funding to the arts and culture sectors facing financial crisis due to COVID-19.

The government admitted that less than $50 million of the package has been allocated at a Senate estimates hearing on Wednesday.

That money has been set aside to underwrite the film industry, which is facing an insurance crisis.

Greens senator Sarah Hanson-Young is astonished none of the funding has been spent, four months after the arts package was announced.

“Remember that fancy press conference Scott Morrison did with Guy Sebastian promising money to help artists during COVID?” she tweeted on Thursday.

“Well guess what? Still nothing has been spent.”

Sebastian was quick to respond to the criticism.

“I have requested an update from the PM’s office about the current and future spend with regards to the arts package,” he replied.

“Once I receive the most recent information, I will pass it on.”

The singer and television host, who was widely criticised for taking part in the Prime Minister’s press conference, insisted he had no ties to anyone in politics on a personal or professional level.

“My only objective in getting involved was to be a mouthpiece for my peers, to provide perspective, and to help get funds into the hands of those who need it,” Sebastian said.

“My heart breaks for this industry and what everyone has had to endure. I will continue to do what I can to help get people back on their feet.”

The $250 million package was announced in June after much campaigning from the sector, which continues to be hard-hit by coronavirus restrictions and closures.

All the funds from a separate $27 million package for Indigenous and regional artists have been distributed.