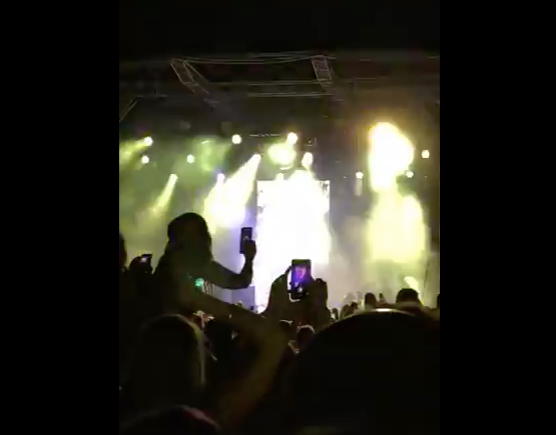 It’s not only Victorians heeding the words of Premier Daniel Andrews at his daily coronavirus briefings.

Hundreds of Perth partygoers have been tuning in, too.

But the premier’s stern warning about “getting on the beers” with mates during lockdown has been interpreted very differently on the west coast.

Instead, they’ve taken his words as encouragement.

Over the weekend, a video went viral on TikTok of DJs dropping a remix featuring Mr Andrews at a packed music festival.

The heaving crowd can be heard screaming with excitement upon seeing footage of Mr Andrews on a screen behind the DJs, accompanied by a dramatic build-up.

In the edited footage, the premier sounds like he is telling the ravers it is their “civic duty” to “get on the beers”.

And then the beat drops.

regret to inform the premier’s press conferences are going off at perth’s nightclubs pic.twitter.com/bB3BVgC21f

The video, captioned “This ones for you Melbourne from Perth”, was originally posted by Hannah, a 20-year-old Perth woman who uses the handle @golddiggerberg on TikTok.

It has amassed more than 100,000 views since it was posted on Sunday.

Hannah confirmed to media outlets the video was taken at a set by Hot Dub Time Machine at the Wine Machine festival in Swan Valley, WA, on Saturday.

In Victoria, where millions have endured the country’s longest coronavirus lockdown, some people embraced the video as much-needed comic relief.

On Twitter, some users responded to the viral video by calling Mr Andrews a “legend” and hailing the remix as a “banger”.

But others were less impressed.

Some social media users said they were disturbed by seeing so many people crowded together, singing and dancing and potentially spreading the virus.

Others hit back at Perth’s music scene compared to the party capital of Melbourne.

As a Melbourne resident I'm not offended by the joke, i'd expect such a lame joke from such a shitty artist. I do find it hilarious that people there are starved for live music and this is the best they can manage to see.