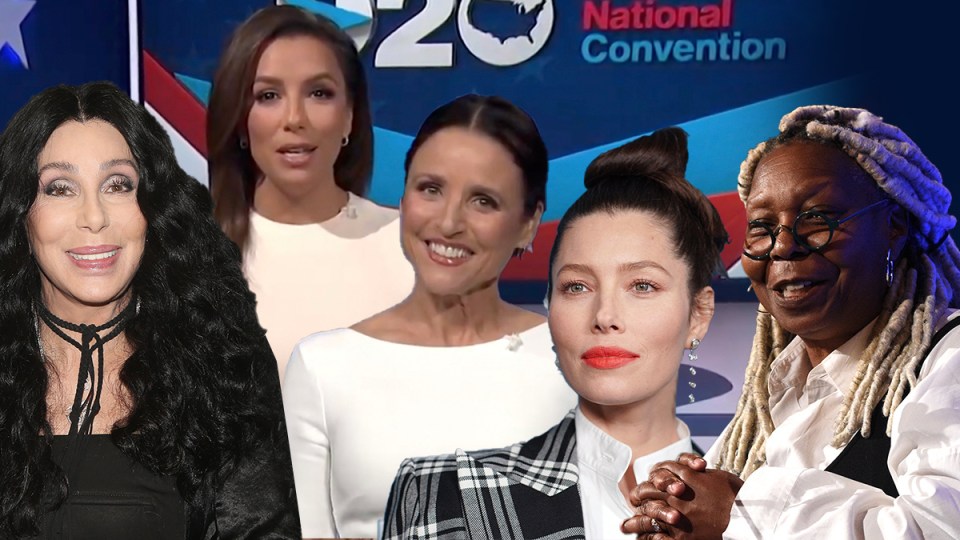 Donald Trump may have the conservatives (and the Russians) on his side, but Joe Biden has something that might prove more valuable: Star power.

Before you roll your eyes, just remember this is a nation that has already elected a movie star and a reality TV host to lead them.

It is the land of stars and stripes, after all.

Dwayne “The Rock” Johnson is the latest celebrity to endorse Democrat candidates Biden and Kamala Harris, sharing a clip of his discussion with them on Twitter.

Johnson, who said he had never before publicly endorsed a political party, believed the candidates were best placed to take the country’s top jobs.

“As a registered independent for years now with centrist ideologies, I do feel that Vice President Biden and Senator Harris, are the best choice to lead our country, and I am endorsing them to become President and Vice President of our United States,” Johnson said.

As a political independent & centrist, I’ve voted for both parties in the past. In this critical presidential election, I’m endorsing @JoeBiden & @KamalaHarris.

And as the race to November 3 intensifies, more A-listers are joining in and throwing their weight behind the Democrat candidates. 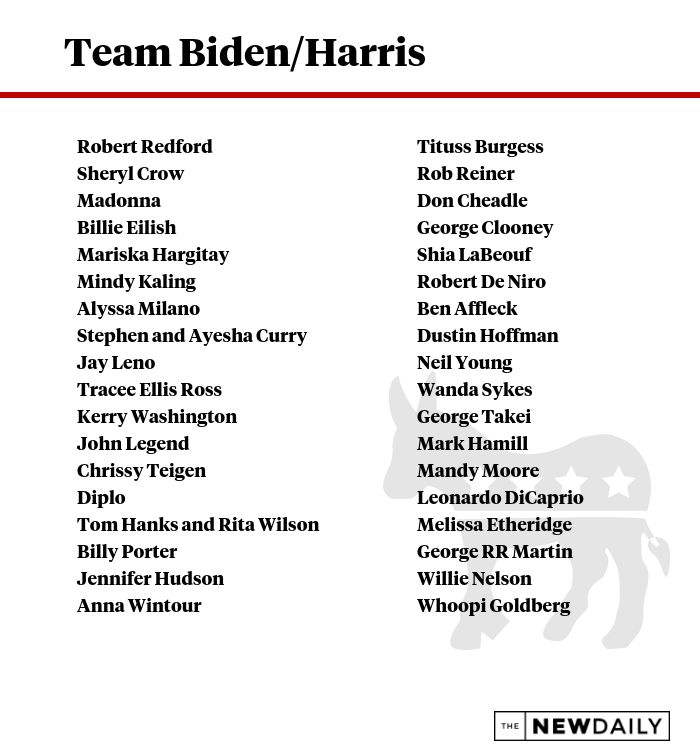 But although it seems more socially acceptable in liberal Hollywood to vote in favour of Mr Biden, there are still some notable names backing the Team Trump bandwagon.

She is also vocal about her distrust of the Democratic Party.

Dems have spent 4 years RESISTING,making false accusations & trying to impeach instead of doing what they are paid good money to do;govern & CREATE positive change. Trump works round the clock,acts swiftly & decisively which usually results for the better. It’s why I vote for him 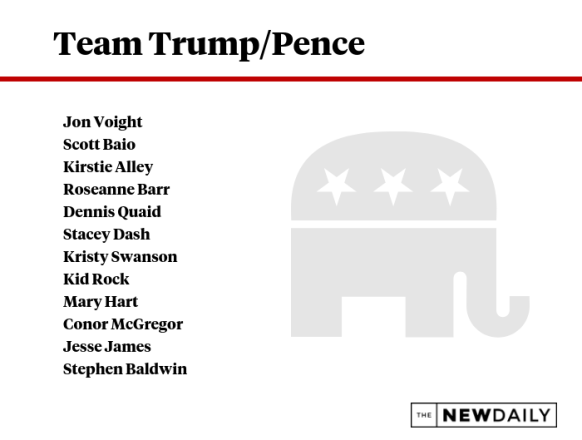 But overall, as our tallies above show, most celebs are swinging their vote and support to Mr Biden.

Here’s a look at their campaigns.

The queen of the castle is a long-time Democratic supporter, so it comes as no surprise that she is backing Mr Biden in the upcoming election.

In fact, JLD is so passionate about politics that she even delivered a powerful, scathing and hilarious speech at the 2020 Democratic National Convention.

“Tonight, I couldn’t be any prouder to be a loyal union member, a passionate climate activist, and a patriotic Democrat,” the Seinfeld and Veep actor said.

“Or as Donald Trump will call me in a tweet tomorrow, a washed-up, horse-faced has-been with terrible ratings.

“Well, with all due respect, sir, it takes one to know one.”

On Sunday, JLD also announced that she would be holding a Veep reunion to raise funds for the Democratic Party of Wisconsin.

Larry David, the show’s creator, has been a vocal advocate of Democrat candidate Bernie Sanders and even played him on Saturday Night Live.

David has also donated $US15,000 to the Biden Victory Fund, while Alexander, who played George Costanza in the show, regularly shows support for Mr Biden on social media.

Barbra Streisand has been very vocal in her support for Mr Biden, particularly on social media.

In July, the singer took part in a virtual fundraiser where she tore into Mr Trump, labelling him “unfit, mentally and morally” and “dangerous to our health”.

“Donald Trump has failed us. And we cannot survive four more years of his incompetence we’re feeling right now. [Biden] will listen to people rather than greeting them with guns,” she said.

I wholeheartedly endorse Joe Biden for President. Trump must be beaten in November before he does more damage to our democracy, environment, health, safety and standing in the world.

You might think getting involved in politics would be low on rapper Cardi B’s list of things to use her platform for.

You would be wrong.

The 27-year-old has put her loud voice to good use, urging her 76 million followers to vote for “Joey B”.

The two even shared a candid and informative conversation about police brutality, COVID-19 and the 2020 election.

“I just want Trump out, you know what I’m saying? I feel like his mouth gets us into trouble so much,” she said.

Like Cardi B, Cher has long been the type of celebrity to let people know exactly what’s on her mind – and thanks to Twitter, we can be privy to her innermost workings, too.

In March, before Mr Biden officially became leader of the Democrats, the goddess of pop told her 3.8 million followers that there was a reason Barack Obama had chosen Mr Biden as his Vice President.

JOE BIDEN
SINK OR SWIM,I’M WITH HIM

Eva Longoria is one of many actors who have urged their Latinx communities to register to vote this election.

Lin-Manuel Miranda, America Ferrera and Jennifer Lopez are among the notable Latinx celebrities throwing their weight behind Mr Biden.

Like Louis-Dreyfus, Longoria also spoke at the DNC in August and discussed how the Latinx community was “severely under-represented in government”.

The couple took to Instagram to share their excitement at the idea that a future President’s right-hand man could be a woman of colour.

“What a historic moment for women of color, little girls with big dreams, and mothers everywhere. We are cheering for you,” Ms Biel wrote.

What a historic moment for women of color, little girls with big dreams, and mothers everywhere. We are cheering for you 👏🏼