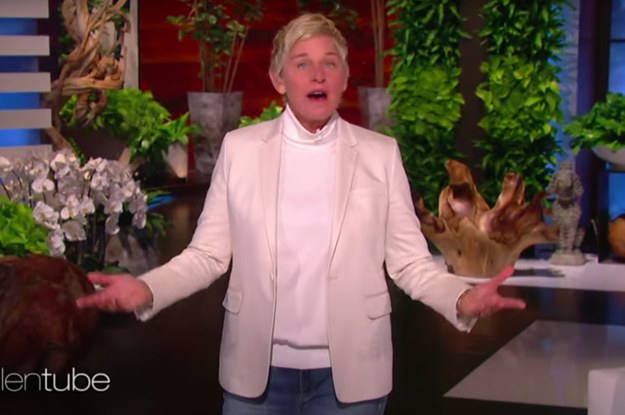 Ellen's seven-minute monologue addressed only some of the issues plaguing the show. Photo: Twitter

US talk-show host Ellen DeGeneres has vowed to start a “new chapter” of her popular TV show in her opening monologue for the premiere of the show’s 18th season.

“I learned that things happen here that never should have happened,” DeGeneres, 62, said.

“I take that very seriously and I want to say I am so sorry to the people who were affected.

“We have made the necessary changes and today we are starting a new chapter,” she added.

The Ellen DeGeneres Show came under fire in recent months after reports of backstage turmoil including allegations of a hostile workplace, bullying, sexual misconduct and racism.

Wearing jeans and a pale pink jacket, DeGeneres said she was “so sorry to the people affected” and wanted to clarify her “Be Kind Lady” tag.

“I take responsibility for what happens at my show.

“Being known as the Be Kind Lady is a tricky position to be in … the truth is I am that person that you see on TV. I am also a lot of other things, sometimes I get sad, I get mad, I get anxious, I get frustrated. I get impatient and I am working on all of that.

Over the US summer, the controversy ultimately undermined the show’s public message of spreading kindness and happiness, prompting the Nine Network in Australia to pull the show early.

In a statement on August 24, Nine said the show would be rested amid continuing talks between the network and Warner Bros about the new season.

“We are resting Ellen repeats on Nine and have replaced with Desperate Housewives,” the statement read.

Reports of a hostile workplace have included allegations that DeGeneres was mean-spirited.

Ellen veterans Mary Connelly, Andy Lassner and Derek Westervelt will remain at the show as executive producers alongside DeGeneres. Connelly, Lassner and Westervelt have been with the show since its inception in 2003.

A Warner Bros spokeswoman confirmed Glavin, Leman and Norman had “parted ways” with the show.

In late July, crew and staff received a memo from Telepictures, the show’s producer, as well as distributor, Warner Bros Television, indicating they had engaged WarnerMedia’s employee relations group and a third party to investigate the numerous workplace concerns.

According to former workers who spoke to Buzzfeed, the apology missed mark.

“Not only did Ellen turn my trauma, turn our traumas, into a joke, she somehow managed to make this about her,” one former employee told Buzzfeed.

“When she said, ‘Oh my summer was great’ and that was supposed to be funny I thought, ‘It’s funny that you had a rough summer because everyone was calling out all of the allegations of your toxic work environment and now you’re the one suffering?’,” another former employee said.